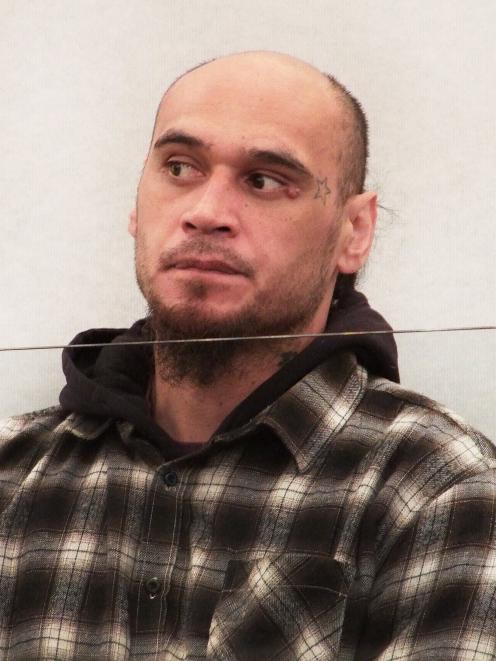 Hemi Puriri (38) will spend the next eight months on home detention for two violent incidents. PHOTO: ROB KIDD
It has been nearly two years since Hemi Puriri’s victim was groped by him but every time she closes her eyes she sees his face.

The memory of the way he violently grabbed her in December 2018 “tortured” the woman, Judge Michael Crosbie told the Dunedin District Court yesterday.

Puriri had earlier pleaded guilty to indecent assault and a domestic assault from July this year, and was sentenced to eight months’ home detention.

He “just and only just” avoided a term of imprisonment, the judge said.

The court heard Puriri had more than a dozen violence convictions scattered through his past and spent time in prison when he was sentenced for an attempted rape in 2004.

The man arrived at a South Dunedin address unannounced in 2018 and went out the back where he found a woman and her partner smoking.

He told the couple they should try his vape and persuaded the man to go inside the house to get a charger.

Alone with the woman in a shed, Puriri immediately forced himself on her.

After issuing a graphic and blunt description of his sexual desires, he blocked the doorway, preventing her exit.

The defendant first tried to kiss the victim and was undeterred when she told him to “Stop it”.

Puriri told her not to worry about her boyfriend and then molested her roughly over her clothes.

Despite being rebuffed a second time, the man put his hand down his pants to stimulate himself.

When police caught up with Puriri later that evening he said, “I’m sorry for what I did down the road”.

The victim said the attack had left her feeling “sick” for a long time.

She had started seeing a counsellor, had struggled to sleep and had been treated for anxiety and depression, the court heard.

While on bail, Puriri spent the night with an on-off girlfriend in Balclutha.

After verbally abusing her for hours, he twisted the victim’s wrist causing her to drop her cellphone.

She would only leave when he allowed her, Puriri told the victim.

Probation gauged him as a medium risk of reoffending and a high risk of harm to others.

While the defendant had a long history of domestic violence, Judge Crosbie said, reports determined he was “not beyond assistance”.