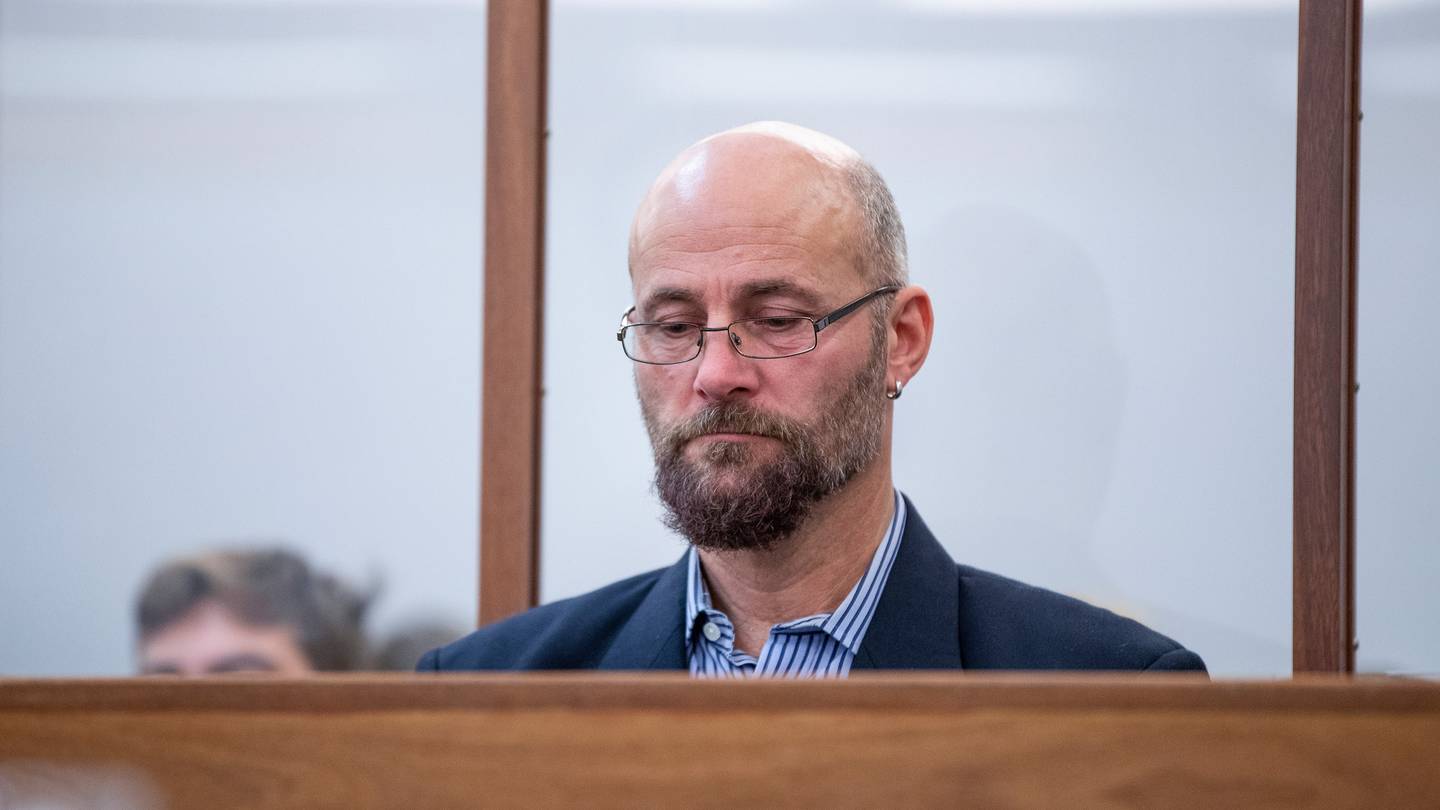 Nigel Colin Edgecombe in the dock at Wellington District Court in June 2019 for sentencing. Photo: NZH Pool
A former Wellington teacher who filmed nearly 100 women through a two-way mirror in his bathroom won't get out of prison yet due to his "deep-seated" issues with voyeurism.

Nigel Colin Edgecombe, 53, was last year sent to prison for a maximum period of two years and nine months after he pleaded guilty to 49 counts of making intimate visual recordings and five charges of making an objectionable publication.

His crimes were discovered when a 29-year-old woman staying at his home through a homestay arrangement found the two-way mirror and a digital camera in a wall cavity and contacted police.

An investigation revealed hundreds of videos and images of 90 women showering, changing, and using the bathroom, ranging from late 2013 to mid 2018.

The victims ranged from family friends to students and overseas visitors.

Edgecombe recently became eligible for parole, but was declined release in his first parole hearing as he is still considered to be at a moderate risk of sexual reoffending.

The parole board pointed to a psychologist report from July this year, which stated Edgecombe was "likely to require longer-term intervention".

"Mr Edgecombe's readiness to engage in treatment, while acknowledging his responsivity issues, is noted," the decision said.

The board referred to the judge's notes from Edgecombe's sentencing mid last year, where the judge said Edgecombe's voyeurism had become his principle form of sexual gratification.

"This obviously is a deep-seated issue which will require some considerable treatment and help," the judge said.

The parole board said there was a need for Edgecombe to engage in treatment with a "suitably qualified psychologist".

The board did not believe it was safe yet to release him into the community.

He will be up for parole again in May next year. His sentence is due to end in March 2022.

"In the meantime, the board supports Mr Edgecombe being offered the one-to-one work with a psychologist as recommended in the psychological assessment."

"I needed to be punished"
At sentencing last year, Edgecombe told his victims he only realised the harm he'd caused once he started to read the victim impact statements.

"To say sorry seems pathetic and I know most of you won't believe me anyway," he said through tears.

"I knew I needed to be punished, I knew I had hurt people.

"I really was horrified by myself ... I'm glad that I was caught."

Edgecombe apologised to the victims and said he would try to do everything possible to make sure he never offended in this way again.

Fear of being watched
Edgecombe's victims have previously described their paranoia at being watched, with some saying they now showered in clothes or togs for fear of being secretly filmed.

"I have torn people, if not places, apart, suspecting everyone and anyone could be doing the same and filming me," one woman said in her victim impact statement.

"Any and every crevice, light, mirror, held the possibility that someone was lurking behind it, watching me.

"What have we come to that I cannot even trust a friend in his family home to not take something from me?

"Is nothing sacred anymore? Even a trip to the toilet?"