Calls for roadside alcohol testing to ramp up to previous levels 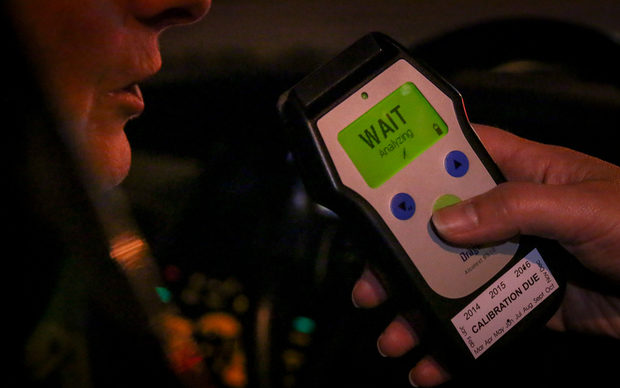 File image. Photo: RNZ
The Automobile Association wants testing for alcohol on the roads to return to previous levels.

About a third of all fatal crashes in New Zealand involve someone under the influence of alcohol or drugs, but roadside testing has dropped off significantly in recent years.

Police say that is because they are testing smarter, but road safety advocates say deaths are rising and officers need to go back to basics.

That year, the police stopped more than three million cars to test for alcohol on the breath of drivers, and caught 24,520 people under the influence.

In the years since, police have changed the way they run alcohol checkpoints, moving to a targeted approach rather than an anytime, anywhere system.

The number of people caught remains steady, again at 24,833 last year, but the total number of tests has halved.

"Pretty simple equation really. The last five years have not been good ones in terms of New Zealand's battle against impaired driving on the roads," AA motoring affairs spokesperson Dylan Thomsen said.

"We had seen road deaths involving alcohol coming down over a long period, then over the last five years they have increased."

Under the previous National government, road policing numbers dropped well below the 1070 wanted by police

Labour has since boosted funding and upped road policing activity, but Thomsen said 1070 was not enough.

And he wanted alcohol testing to return to 2013 levels.

"We need to lift them back up," Thomsen said.

"We used to be doing about three million alcohol tests a year. That has dropped as low as 1.3m in recent years.

"That's just a staggering reduction that we can't afford."

He said checkpoints were one of the best deterrents for drivers.

When asked when he last went through one, he said: "It was this year and it was actually on the Napier - Taupō road in the most bizarre strange place which I actually applauded as being a great idea.

"It was in the morning, and I was heading to Taupō from Napier, a checkpoint just after a bridge, and I thought it was a really good thing.

"But they just do not happen. The randomness of them doesn't seem to be an often occurrence these days. I think the random checkpoints is a really good thing and it's a really good deterrent."

Murphy said there needed to be more dedicated road police, and not just officers who got pulled to other jobs.

"Part of the way we have done this is by undertaking breath screening tests through a targeted, risk based approach to the times and locations we know are the highest risk for this behaviour," Welch said.

"We were tracking well with higher numbers of tests delivered than previous years, until safety precautions for Covid-19 meant we couldn't undertake passive or mass testing."

Welch said police had a plan to target alcohol use over the coming months.

Labour Party police spokesperson, Stuart Nash, would not comment on the alcohol testing numbers, saying it was an operational matter for police.