Can the South Island reach 90 per cent double-vaxxed by Christmas? 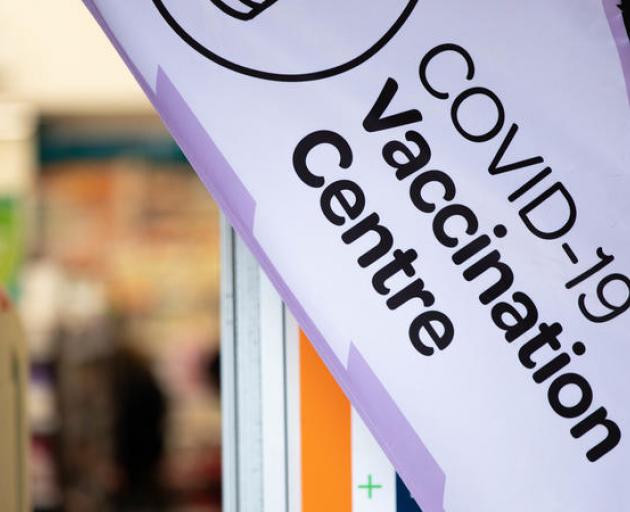 Photo: RNZ / Angus Dreaver
A traffic light Christmas is on the way, but freedoms will depend on the level of vaccination - some DHBs are on track but the West Coast lags behind.

The prime minister signalled yesterday areas under 90 per cent fully vaccinated can expect the strictest controls under the Covid Protection Framework.

So will all the South Island DHBs hit the target by Christmas?

Based on current rates it is possible.

Canterbury and Southern have blown past 90 per cent first doses and Nelson-Marlborough and South Canterbury are almost there.

But West Coast - at 86 per cent first doses and only 74 per cent fully vaccinated - is the south's laggard.

West Coast DHB deputy chair Tony Kokshoorn said he was confident they would get there.

"Yes, I certainly do feel we can get there by Christmas - up to 90 per cent. We're certainly working hard at that and it's in our interests to get there. It's in the whole South Island's interest to be up there so we can get some freedom back."

The DHB was pulling out all the stops, including mobile clinics at remote outposts, he said.

"I stopped off on the Grey River just the other day and talked to a lot of the whitebaiters to see if they'd be interested in me going down with a nurse and jabbing them on the spot while they're whitebaiting. So that's working ok, we're really pushing it hard and I do feel we will get there by Christmas."

The West Coast had its share of antivaxxers, like any part of the country, Kokshoorn said. But he believed it was complacency and geography causing the area to lag the rest of the south.

Queenstown Lakes Mayor Jim Boult said he was pleased - as were local businesses - to know Aucklanders would be able to travel south from 15 December.

"I think it's sufficiently prior to Christmas to allow people to make plans for holidays. It's great from our point of view having a date, it enables employers to find people, it enables them to get their businesses up and running again, so it's pretty much a win-win."

More than 90 per cent of Queenstown Lakes was now fully vaccinated.

Boult's only concern was the district might not be given the green light due to other poorer performing areas in the Southern DHB.

Canterbury Employers' Chamber of Commerce chief executive Leeann Watson said the traffic light system might be the push some needed to get vaccinated.

She wanted the greatest possible freedom for as much of the country come Christmas.

"That lead up to Christmas and that holiday period is a really important time for a lot of our businesses that have been really hurting - our retailers and our hospitality sector. So if we can as many of those restrictions we've currently got in place reduced so that they can operate at a higher capacity it's going to be really, really important."

Based on current rates, West Coast could hit 90 per cent first doses by the end of the month.

They were administering enough second doses to reach the fully vaccinated target three weeks later, as long as everyone followed through in time.

Based on current rates South Canterbury could hit 90 per cent first doses by the end of this week, with Nelson-Marlborough close behind.

But with a traffic light Christmas now certain, and the visitors from Covid-19 hot spots that would bring, the race was on to ensure the south was protected.