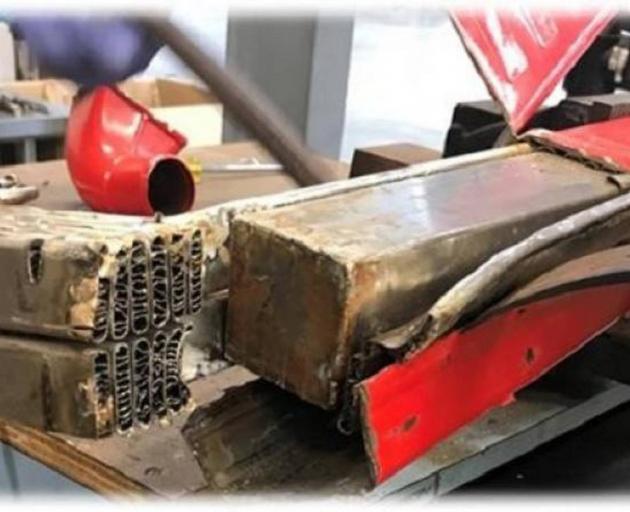 Drugs had been smuggled in machinery parts. Photo: Supplied
Colombian nationals charged by police who uncovered an alleged cocaine smuggling ring can today be named for the first time.

In one of New Zealand's biggest ever drug busts, eight people have been arrested as part of a joint 10-month National Organised Crime Group (NOCG) and Customs sting dubbed Operation Mist.

Alleged drug smugglers accused of bringing 50kg of cocaine worth millions of dollars from Colombia into New Zealand have direct links to high-powered cartels in Medellin, it's understood.

Six Colombian nationals - five of whom were working as contractors on Canterbury farms - and one Argentinian – appeared in court last week.

Esteban Blanco Gaviria can today be named after interim name suppression lapsed at 9am.

The 34-year-old dairy farm worker from the Ashburton district is charged with conspiring with "persons unknown in Colombia" to import cocaine, seven charges of importing or attempting to import the drug and four charges of money laundering, amounting to $605,000 and alleged to have happened in Auckland, Christchurch and Rolleston stretching back four years.

Anderson Pelaez Garcia, a 28-year-old who had been working in the Ellesmere district south of Christchurch, can also be identified.

He faces nine charges of importing cocaine in 2019 and 2020 and of being in an organised criminal group since around January 1, 2018.

And a third person, Maria Emilia Otero, a 30-year-old from a property in Rakaia, is also named. 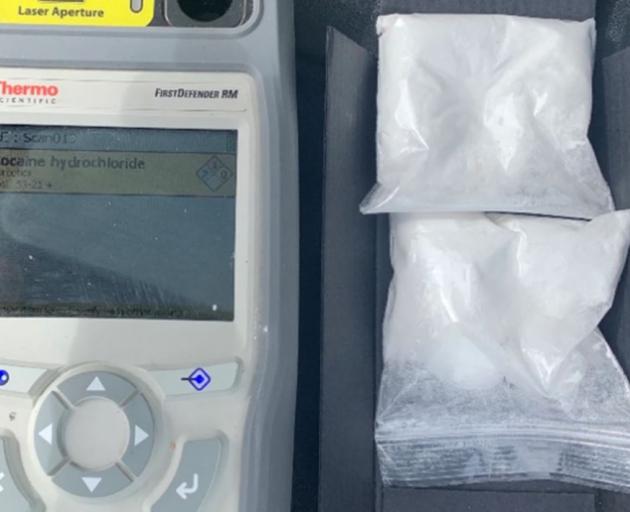 A 34-year-old man, who was granted interim name suppression, has been charged with conspiring "with persons unknown in Colombia" to import cocaine, seven charges of importing or attempting to import the drug, and four counts of money laundering, totalling more than $600,000.

He also faces charges of being a member of an organised criminal group involved with importing the class A drug.

Ruth Yanid Ramirez Alfonso, 38, from a rural address in Mid Canterbury, is alleged to have been involved in importing drugs going as far back as January 2018.

She has been charged with being in an organised criminal group involved in importing the class A drug methamphetamine, along with six charges of importing or attempting to import cocaine.

Felipe Montoya-Ospina, a 34-year-old from outside Christchurch, earlier pleaded not guilty to eight charges, including importing cocaine last year, and participating in an organised criminal group to import cocaine between 2018 and 2021. He has elected trial by jury. 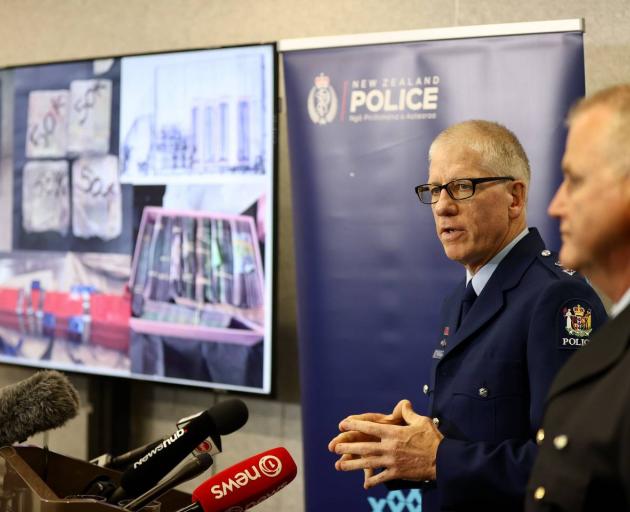 The 44-year-old was granted bail on several conditions, including not to engage in any cryptocurrency transactions.

They are all back in court on December 1.

Two other men have made applications to extend their interim name suppression and a hearing will be held later this morning.

National Organised Crime Group director Detective Superintendent Greg Williams, speaking at a press conference last week, said about 50kg of cocaine had been seized either in New Zealand or at overseas ports.

"Based on wastewater data, we believe this group was supplying the majority of cocaine into New Zealand," Williams said.

"The investigation is unique as it has linked the importation of cocaine from South America and Spain into New Zealand, as well as money laundering offences in the United States of America."

Williams, who thanked the United States Drug Enforcement Administration (DEA) for providing a lot of resources, as well as the police in Colombia, said the group had been operating for more than two years.

Underground networks in Colombia inserted their own people into New Zealand who set up supply lines and links with local gangs and organised crime, police allege.

The drugs were sent from Colombia, with funds quickly being shovelled out of the country to America.

A common method of getting the drugs into New Zealand was hiding them inside other things and putting them in shipping containers. 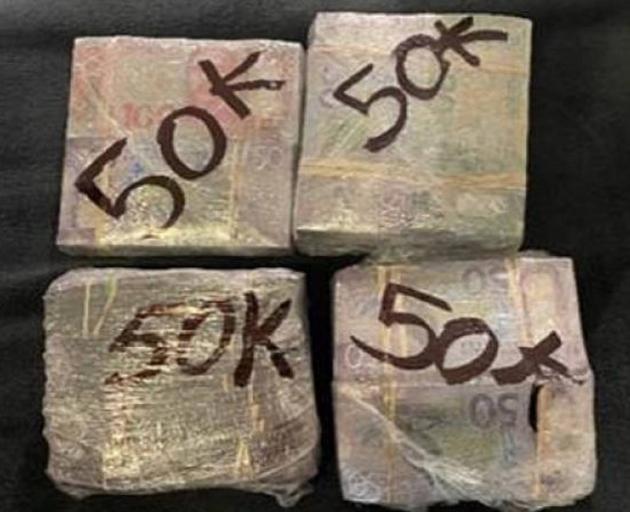 Cash seized by police. Photo: Supplied
A heat exchanger, for example, had around 1kg of cocaine hidden inside it and was discovered this month.

Large pieces of machinery, sweets or lollies, the gangs would conceal drugs in all sorts of things, Customs said.

Williams was reluctant to go into details of the networks involved in Colombia.

But "key people in Colombia" have been identified, he said.

The Herald understands that police will allege links to a cartel in the Colombian city of Medellin - once dubbed "the most dangerous city in the world".