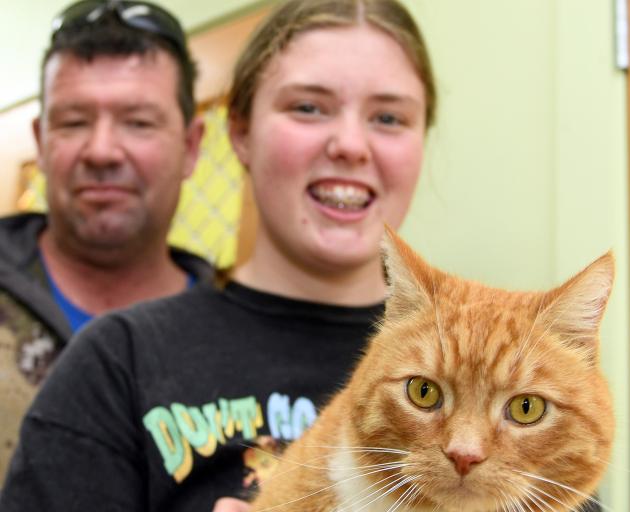 Max — also known as "Fat Cat" — was temporarily missing in action, following a serious house fire at his family home on Wednesday night.

Homeowner David Affleck told the Otago Daily Times it was thanks to Max the family had been alerted to the fire and made it out unscathed.

"About 2.10am, [Max] started jumping on my head, which you’d soon know about.

"I thought he wanted out, but when I got up there was pretty thick smoke everywhere, so I just got everyone up quick and we all got out."

"Since the story came out he’d run off after the fire, we’ve had dozens of messages asking after him and checking he’s OK.

"Nobody’s too concerned about the family, mind you, but how’s Max?"

"He turned up next day creeping down the edge of the garage, and climbed up a tree.

"He was behaving a bit odd, but he soon came right."

Since that time, Max had been "off on holiday" with his brother Frosty, staying at Balmoral Vets’ cattery under the care of veterinarian Suzanne Schofield.

Mrs Schofield described Max as a "bit of a character".

However, Mr Affleck joked he may since have lost weight due to the stress of the recent "cat-astrophe".

"He’s not supposed to have treats, but he might get a bit of steak when he gets home eventually.