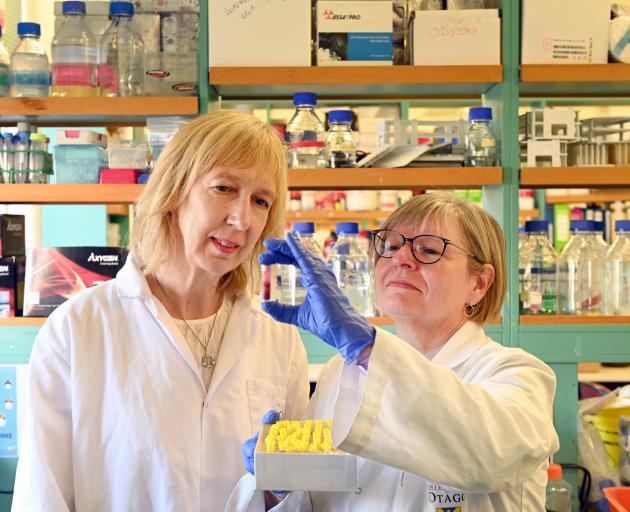 But that could be about to change.

Otago University researchers have discovered molecules in the blood called microRNA, which "dynamically change" as the symptoms of Alzheimer’s get worse, meaning a simple blood test could pick up those at risk of developing the disease.

Expansion of this work, to be undertaken by lead author Diane Guevremont and team leader Associate Prof Joanna Williams, both of the Otago University anatomy department and the Otago Brain Health Research Centre, will allow researchers to firmly establish a biomarker of preclinical Alzheimer’s disease and will bolster the development of a simple blood screening tool to pick up those at risk of developing Alzheimer’s disease.

The disease is a slow, progressing neurodegenerative disorder that begins long before people notice problems with their memory.

Ms Guevremont said a blood test would allow for early intervention with lifestyle modifications and new drug therapies which were being developed.

"This means we might actually have a real chance of making a real impact on this disease."

One group of people had tested amyloid-positive in positron emission tomography (PET) scans but were cognitively normal; another group was living with mild cognitive impairment, and the third group had been diagnosed with Alzheimer’s disease.

"We found that plasma microRNA are dynamically expressed during the progression of Alzheimer’s disease.

"Those specific microRNA are altered at specific disease stages, including a group which are correlated with levels of the neurotoxic molecule amyloid-beta."

Prof Williams hoped the findings would allow intervention at a time in the disease where therapies were most likely to be effective.

"This is now within reach.

"Furthermore, such a test will be useful to assess therapy effectiveness."

"Indeed, a therapy that delays the onset of Alzheimer’s disease by as little as one year will reduce associated costs by $300million per annum."