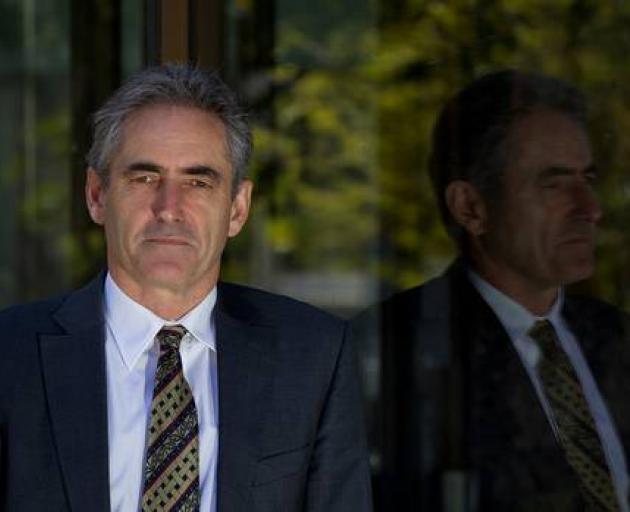 Victoria University's vice chancellor Grant Guilford has sent an email to all staff warning about the financial impact of coronavirus. Photo: NZ Herald
Victoria University estimates it could lose as much as $12 million if the Government doesn't lift a travel ban in place over coronavirus.

Vice Chancellor Grant Guilford has sent an email to all staff to update them on the financial impact.

Preliminary estimates suggested the university could expect a loss of $12m this year alone, he wrote.

"While it is essential not to reduce this issue to an economic matter, it is important that I ensure all of you are aware of the gravity of the situation we and other tertiary education organisations face if the travel ban is not lifted in the next day or two.

"Unfortunately the window of opportunity for our Chinese students to continue their studies is rapidly closing. They and their parents are wrestling with enormous uncertainty."

New Zealand is one of a number of countries which has put a ban on travellers from mainland China in an attempt to prevent the spread of coronavirus.

While the ban is being reviewed every 48 hours, it is not clear when it will come to an end.

More than 6500 Chinese students who are enrolled to study in New Zealand this year are still stuck at home.

Universities New Zealand's chief executive Chris Whelan has previously warned the potential lost fees would be enough to almost wipe out the combined surplus of the entire sector.

Guilford told staff the financial impact would flow through into 2021 and 2022 and potentially much longer.

The loss would need to be addressed, in part by, significant cost reductions proportionate to the loss of revenue, he said.

"It is sobering to recall that the last time New Zealand lost the trust of Chinese parents (as a result of the collapse of two private training establishments in the mid-2000s) it took a decade for our tertiary education sector to regain that trust," Guilford said.

The University of Otago this week told the Otago Daily Times it was prepared to take in students from China if the ban was lifted.

But while other universities had brought up the possibility of massive financial consequences if no exemption was made, an Otago University spokeswoman said the situation was not "disastrous" for it.