Crash victim was a ‘rough diamond’ 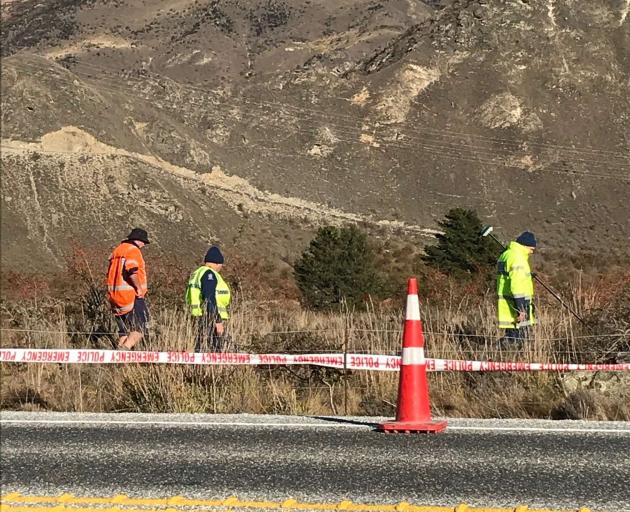 Police at the scene of the crash. Photo: Hugh Collins
The man who died in Tuesday’s Kawarau Gorge car crash has been described as a good Kiwi bloke who would “give you the shirt off his back".

John Robert Howard (59), of Queenstown, was originally from the lower North Island and had lived in the resort for about 15 years.

Close friend Caleb Finn, who lives in Christchurch, described him as a “rough diamond".

“The kind of guy that a lot of people only saw the outside image, which was a little rough around the edges, but that would be the first one to put his hand up if you needed help," he said.

Many knew Mr Howard as a painter and plasterer who also did a lot of handyman work.

“He was a bit of a craftsman when it came to his work ...

"He was really meticulous about doing things well and doing things right and took real pride in doing a quality job."

Despite a tough upbringing it was those experiences that created the man he came to be, Mr Finn said.

“He lived through things that many of us wouldn't have been able to but he never complained about it. He kept those things inside him.

"You would have never have known that side when you met him because he was so full of energy, the life of the party."

Several years ago Mr Finn ran a Queenstown bar the man would frequent and he always made sure to support the local bands.

"A mad lover of music, especially New Zealand music ... he was the guy that would buy their CD even if he didn't like the music just because they were a Kiwi band and he thought that was the sort of thing you should do.

“He was from another time. He probably deserved to be in the Wild West, I tell you."

Police investigations into the cause of the accident are ongoing.