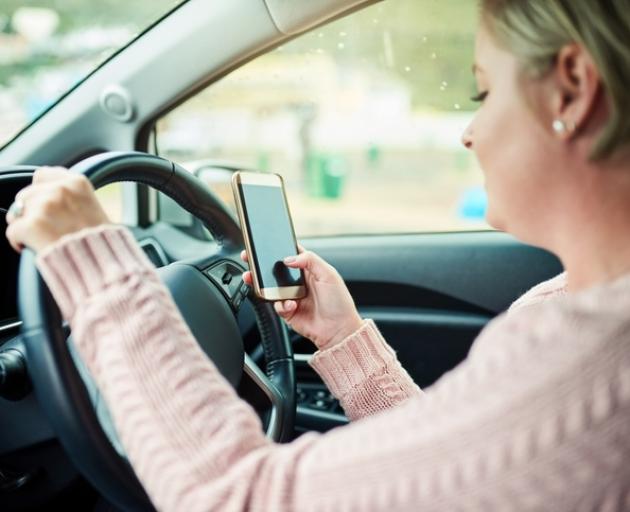 Photo: File image
A woman whose son was killed by a driver on a restricted licence says adults must take the law more seriously to save young people from themselves.

A very experienced driver, he was going to visit his fiancée for dinner and was only a few metres from turning into her house.

"This young man came down a gravel road at an incredible fast speed. And then he t-boned him and killed him," she said.

"The driver was young and inexperienced and having a passenger just made that much worse. Either they are not concentrating or they are playing to the gallery a wee bit," she said.

A Ministry of Transport study questions whether a stricter licensing system would protect young drivers better.

At the same time, the number of driver licence offences police are recording has been plunging.

The number of infringements by teenagers on their learners or restricted licences has dropped by more than half since 2018, from 50,000 to 22,000.

RNZ is asking police to spell out how many offenders are being diverted and infringement notices waived.

Melissa was a high school teacher until recently, and aware that kids were piling into cars at the school gates each day with senior students driving who were not fully licensed.

Overseas data shows a young driver having others in the car increases the risks of a crash from 100 to 400 percent.

Ministry of Transport research shows drivers who have been caught in breach of their licence conditions have much more chance - of up to eight times - of having a crash.

They are four times more likely to have a crash resulting in death or serious injury.

Seventeen- and 18-year-olds on restricted licences are two to three times more likely to crash than fully licensed 16- to 27-year-olds.

More than a quarter of young drivers breach licence conditions, commonly carrying passengers when they shouldn't or driving after 10pm.

The ministry study concludes: "This raises questions about whether the changes to the ... graduated driver licensing system could better protect young drivers with restricted licences from crash risks".

It says the change could involve staying longer on a learners licence or making it tougher to progress to a restricted.

The Driving Change Network is a non-profit group of more than 200 stakeholders who support driver education, training and licensing.

National coordinator Wendy Robertson said the process to obtain a full licence was not easy for some people.

"Some people in our community just can not afford professional driving lessons, or they don't have an adult with a full licence to help them develop those skills that they need to have to be safe drivers."

"It should start at a secondary school level, so young people are getting good road service education, before they get into a situation where they are getting tickets or been in an accident."

The Ministry of Transport research says restrictions on night-driving and carrying passengers at the restricted licence stage are generally effective at reducing crashes.

Regarding the drop on the number of restricted licence infringements, police said they were doing further analysis to understand why.

Police doing 'everything we can' to reduce serious crashes

"What we did in 2018 is we refined our approach to focus on those things that we know cause crashes involving death and serious injury to occur and then to determine survivability rates once the crash has happened."

That includes things like restraints, impairment through drugs, alcohol or fatigue and distractions from people talking on cellphones, he said.

When asked why then police had undershot their targets on speed and alcohol last year, Greally acknowledged that police had some work to do.

In the last couple of years police have been doing Covid-related activities at things like checkpoints and MIQs which had disrupted their activities, he said.

The Ministry of Transport data that found people who were in breach of their graduated driver licence were more likely to have a crash was correct, Greally said.

"But it's not because they don't have that driver licence, it's because more than likely they were doing something like, they were speeding or they were distracted or they were impaired or when they had the crash they didn't have their seatbelt on and that's why we're focusing on that."

Police were doing everything they could to do better but these were trying times, Greally said.