Questions have been raised as to how Otago Corrections Facility staff were not aware a Court of Appeal decision rejecting Skantha’s appeal bid had been released on Wednesday. 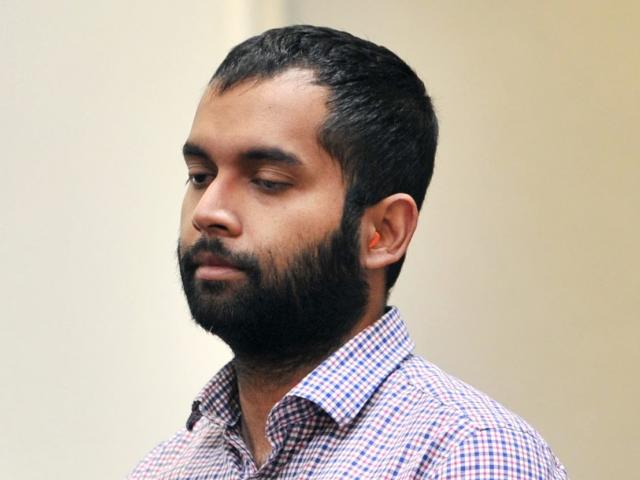 Venod Skantha had been serving a sentence of life imprisonment with a minimum non-parole period of 19 years. Photo: Christine O'Connor
Skantha, who was convicted of murdering Dunedin teenager Amber-Rose Rush in 2018, is believed to taken his own life at the prison near Milton in South Otago just hours after learning of the decision to uphold his conviction.

The court has since confirmed it is reviewing why there is no requirement to tell the Department of Corrections when a judgement is released.

The lack of information sharing has been condemned by prisoner advocates and others in the legal system, who say Corrections has a duty of care to inmates.

High profile lawyer Nigel Hampton QC was surprised it was not already happening.

An adverse judgement was likely to have an emotional impact on an inmate, and given how vulnerable many of them were, it made sense that Corrections was told so it could put support in place to ensure their wellbeing.

"It would at least put some possible safety net there to make sure that welfare is looked after," he said.

"Obviously the Court of Appeal have turned their mind to it and are thinking ‘we should be doing better than this’, and so they should."

Corrections conducts risk assessments with inmates in certain situations, such as when they receive an adverse court judgement.

But those assessments only happened if staff became aware of the judgement through informal means, such as being told by a lawyer or the prisoner themselves.

He questioned whether a level of public apathy may have played a part in the issue not having been flagged before.

"There is a general perception of ‘good riddance to bad rubbish’," he said.

"There’s this perception that a) prisoners shouldn’t be looked after, and b) in any event they’re being looked after better than we are."

Cos Jeffery, spokesman for prisoner advocacy organisation The Howard League, said he supported better communication between the courts and Corrections.

A former prisoner himself, he said the system could easily break down.

"There has to be a much better way for that to happen."

A Court of Appeal spokesperson confirmed when a decision impacts on a prisoner’s conviction or sentence, the court advised Corrections directly.

But if the inmate’s sentence or conviction was not impacted, as in Skantha’s case, there was no requirement for Corrections to be told.

That will be reviewed to consider whether different notifications should be given, the spokesperson said.

Skantha’s lawyer, Jonathan Eaton QC, declined to comment yesterday, saying he was focused on dealing with the family and making necessary arrangements.

Minister for Courts Aupito William Sio also declined to comment, saying it was an operational issue.

Figures released to the ODT last year showed there were 67 self-harm incidents that posed a risk to life in New Zealand prisons in 2019.

Between 2014 and 2019, there were 32 apparent suicides in prisons, including two in Invercargill Prison and two in the Otago Corrections Facility.