Defence of bishop too controversial 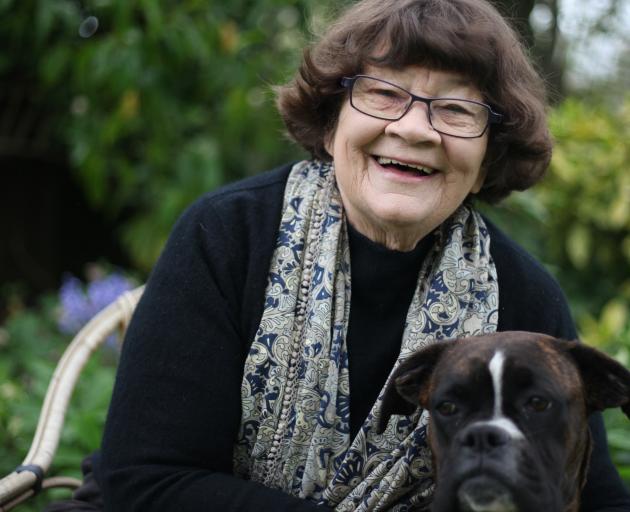 Joy Cowley. Photo: Weston Cowley
A popular children's author has been asked not to speak at a retreat for Catholic school principals in Central Otago, after defending a disgraced bishop's sexual relationship with a young woman.

Joy Cowley hit the headlines last week, after writing a column in defence of former Catholic Bishop of Palmerston North, Charles Drennan, who resigned earlier this month after admitting a sexual relationship with a young woman.

Yesterday, after survivors of historic sexual abuse objected to her comments, New Zealand Catholic Education Office chief executive Paul Ferris confirmed Ms Cowley had been asked not to attend the retreat organised by his office.

The retreat was a chance for Catholic school principals to ''reflect on their work and discuss matters relating to it in a calm, thoughtful space'', Mr Ferris said.

Ms Cowley had been due to speak at the event, but had been asked not to ''because media interest in Joy's attending could overwhelm the reflective nature of the retreat'', Mr Ferris said.

''Joy recognises the problem the media attention will cause and has willingly stood aside from the engagement.''

He declined to say exactly where the retreat was being held, when, or how many principals were attending, but the Otago Daily Times has been told the event is in Glenorchy this week.

A member of the Catholic Church laity in Dunedin contacted the ODT earlier this week to question the appropriateness of Ms Cowley taking part.

The woman, who did not want to be named, said Ms Cowley's views were ''at odds'' with the push within the Catholic Diocese of Dunedin to recognise the impact on victims of sexual abuse within the church.

''Only last week we were encouraged to hang ribbons in support of victims, and yet Joy Cowley is blaming victims and supporting inappropriate sexual behaviour by a bishop.''

Another man, a survivor of sexual abuse living in Otago, also argued her talk was inappropriate.

Ms Cowley had expressed ''sorrow and concern'' for the bishop and shown ''absolutely no regard'' for the victim, he said.

The comments by Ms Cowley came in a column earlier this month, when she argued the fault for Bishop Drennan's downfall lay with the church's failed system of celibacy.

Members of the Catholic laity were ''generally understanding about priestly indiscretion'', and ''a hungry man cannot be judged for stealing a loaf of bread'', she wrote.

She was sorry the church was losing ''a very fine bishop'', whom she knew personally, and also ''sorry for the woman concerned''.

But she added: ''I have seen how young women flirt with priests. Do they think that a vow of celibacy guarantees immunity?''

Last week, in an RNZ interview, she went further, saying the sexual relationship between an older bishop and a young woman - even if aged in her late teens - was not an abuse of power.

The relationship would also help ''make him a much better bishop'', she told RNZ.

''He would know how to work with women, wouldn't he? As a man, he wouldn't be just hopping on one foot.''

Ms Cowley (83) is the author of popular children's books including The Silent One and Nest in a Falling Tree, and last year became a member of the New Zealand Order of Merit.