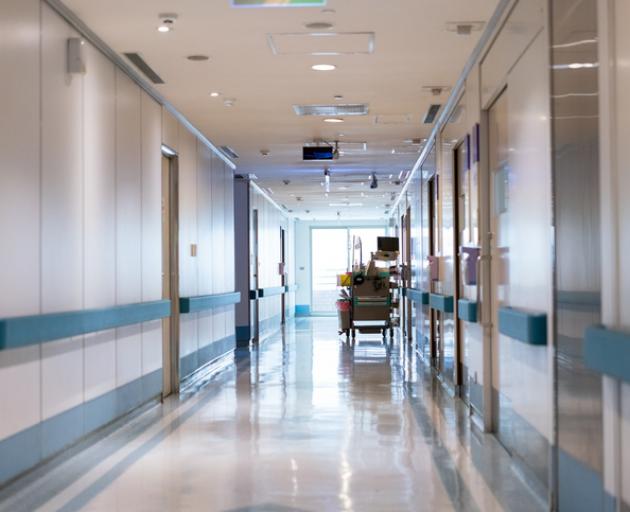 In a report seen by RNZ, staff at Waikato District Health Board were "extremely distressed" by the agency's treatment of the traumatised child who expressed "feelings of abandonment".

Documents, posted online by the cyber attackers who targeted the DHB, reveal staff were deeply concerned by aspects of the agency's work in one of its hospitals.

RNZ has reviewed the documents as they raise questions of public interest importance.

When the child was discharged after 67 days, the youngster "screamed, cried and fought" before being escorted by police to a car and taken into care in what one staffer called the most distressing discharge of her entire pediatric career.

One report said the child did not require hospital admission for any medical reason and was not unwell.

The child, the report says, was afraid of Oranga Tamariki staff and told medical staff about wanting a job in the hospital to avoid ever having to leave.

Oranga Tamariki said they were unable to respond to this story.

"We are unable to comment without being supplied with sufficient particulars to investigate the matter," an Oranga Tamariki spokesperson said.

'Institutionalised'
A senior Waikato medical professional wrote to Oranga Tamariki's Bay of Plenty management with concerns about the care of a child.

The youngster was admitted for a "lengthy stay in an acute hospital" while a community placement was sought.

At one stage, the child was living with supportive relatives whose relationship with the DHB was described as excellent.

But, after being admitted to hospital, staff said the young child, who had a "lovely manner and nature" became "institutionalised", effectively living in a hospital.

Staff also grew increasingly alarmed by what they described as a "lack of support" from Oranga Tamariki and its lead social worker in the case.

They asked for a review of the child's care.

One document said that DHB staff recognised the case was complex, but their concerns needed to be raised with the agency.

"We feel that more could have been done at the beginning of this admission to seek a suitable placement. Throughout [the child's] assessment, it was clearly identified [the child's] most important need was to feel they were in a secure loving placement and would remain there permanently. We do not feel Oranga Tamariki did everything to ensure [the child's] need for this was met in a timely matter."

DHB staff said two placements were proposed by Oranga Tamariki during the first five weeks of admission, but both were unsuitable.

They also said the agency did not seem to prioritise the child's basic rights to enjoyment, play and education, and DHB requests to the agency to socialise the child did not happen.

At one stage, the child remained on the ward for three weeks, with no time outside.

"Oranga Tamariki showed little interest/made minimal attempts to support in ensuring [the child's] needs would continue to be met whilst living in a hospital environment."

DHB staff were also concerned about the social worker assigned to the child's case.

They said they had concerns about the way the worker spoke to the child, saying the language used was 'inappropriate'.

On one occasion, a nurse and DHB specialist heard the social worker speak to the child about a new caregiver.

The social worker said "we have found you a stranger, like what you wanted, a stranger".

"It is reported [the social worker] emphasised the word stranger on at least two occasions in a very short timeframe as [the child] chose to leave the room immediately."

DHB staff said they were aware that the child had expressed earlier in their admission that they 'wanted to go live with a stranger', which is why the social worker may have chosen to use that language.

"However, we believe the social worker using this language was inappropriate. All children are educated about "stranger danger" this is not a word social workers, in particular Oranga Tamariki social workers, should be using.

"From our observations of the limited interaction [social worker] had with [the child], [social worker] was very cold, showed no empathy and had limited understanding into [the child's] world," the document says.

DHB staff saw "very little effort" by the social worker to try and build a relationship with the child.

"This lack of relationship worries us as we know a key role of an Oranga Tamariki social worker is to ensure the child's voice is heard and their views are taken into consideration. Particularly a child, vulnerable in this world where they have no control over what is happening to them."

Oranga Tamariki were reportedly informed at all times of the increasing concerns about the child's distress.

"We hold significant concern about the lack of psychological support [the child] has received following the trauma they have been exposed to in their childhood. This trauma has continued as [the child] was unable to return to live with family and spent a considerable amount of time in a hospital ward with feelings of abandonment," the report said.

DHB staff also said the child was "fearful" and had "ongoing distrust of their Oranga Tamariki team".

Despite predicting that the child would find their discharge "extremely traumatic", the social worker decided they wouldn't be present for the transition.

It was only after "multiple" requests from the DHB that the social worker "reluctantly" agreed to be present.

When the time came for the child to leave, the youngster was extremely distressed, screaming, crying and resisting.

Police were needed to escort the child to a waiting car and many members of staff and the public witnessed the discharge.

"This has been described by one of our most experienced nursing staff as the most distressing 'uplift' in her entire career in pediatrics."

After being discharged, the Oranga Tamariki social worker called the DHB asking for nurses to help and try to calm the child.

Children's Minister Kelvin Davis said he is concerned about the claims made.

"I have asked Oranga Tamariki for a briefing on the situation and I expect all issues raised to be investigated thoroughly.

"At the centre of this is a vulnerable child and I have sought assurances that all appropriate support is being provided to them and their family."

The report's view of Oranga Tamariki:

DHB staff asked for a full and formal review of the file and an apology.