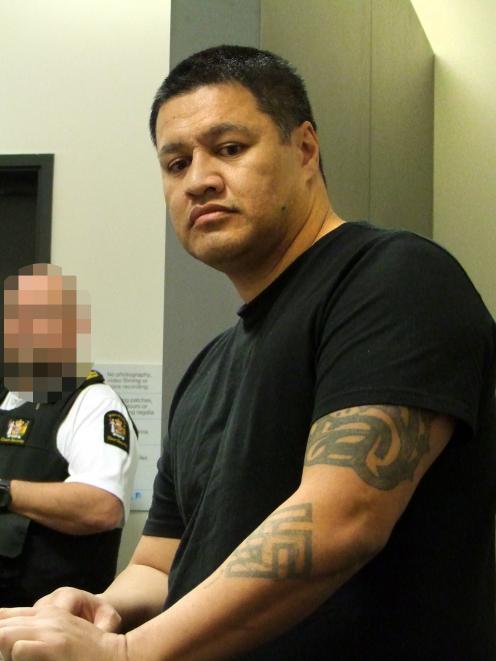 The 43-year-old had jemmied a window to get into a Falcon St home in Invercargill — one of 10 break-ins in the city — when he paused.

He grabbed a cup, a Raro sachet from the kitchen and made himself a drink, the Dunedin District Court heard yesterday.

That impromptu beverage break led to his undoing.

Police examining the scene swabbed the cup and sent it to Environmental Science and Research for a DNA test.

A couple of weeks later, they had a hit.

There were further lapses from Hira that allowed police to confirm he was responsible for the spree, which began in Queenstown in December last year and extended to Invercargill and Queenstown. 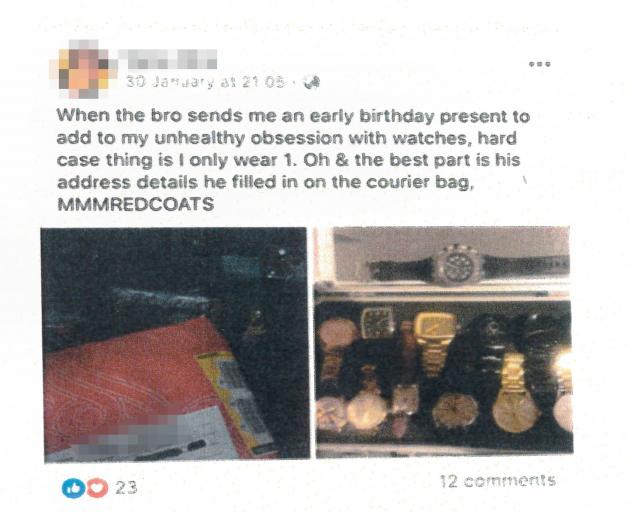 Hira’s sister posted photos of items he sent her, unaware they were stolen. PHOTO: SUPPLIED

After stealing a Toyota Hiace during a Mosgiel break-in on January 24, the defendant was seen loading stolen goods from the van into an Audi.

Police swabbed a torch they found in the abandoned Toyota.

It was Hira again.

If they needed any more confirmation, they got it through a Facebook post from the defendant’s sister which depicted some items taken during an Abbotsford burglary just days earlier.

"When the bro sends me an early birthday present to add to my unhealthy obsession with watches," she wrote.

It was one thing for police to know Hira was the burglar, another to stop him.

"You were unrelenting in your carrying out these burglaries," Judge Peter Rollo said.

"The summary refers to several occasions when you were nearly caught and outran police."

Police pursued his Audi, complete with stolen number plates, a few days after his return and in the car found items from the burglaries including jewellery, foreign currency and lotto tickets.

Once in custody, police gained access to Hira’s cellphone which showed he had been in the southern cities at the relevant times.

Shortly after being charged, the man pleaded guilty to 25 counts of burglary and one of theft from a vehicle.

Despite the acknowledgement, police were convinced there were other gang members involved in the spate of crimes.

Hira, though, would not name names.

The victim of his first burglary, a prominent Queenstown businessman, said he lost nearly $100,000 of property during the December break-in, while he and his wife were in Auckland.

He told the Otago Daily Times he believed they had been targeted.

"They went through the place pretty systematically," he said.

The worst part, the victim said, was that his wife had lost a ring gifted to her by her late mother, as well as a 1908 half-sovereign on a chain.

"She feels absolutely violated," he said.

Counsel Chris Lynch said her client originally came south to attend a polytechnic course, which he had almost completed.

Associates followed him down, however, and "he went back to some of his old behaviours", she said.

The court heard his father was a well-known Mongrel Mob member and the defendant himself was patched by the age of 23.

While the background explained Hira’s descent into crime, the judge said, it did not excuse it.

"It will take possibly years for [the victims] to recover. And you know from your experiences how deep such cuts can run for a person," he said.

"It's the concept of utu — you have to pay the price."

Hira was jailed for three years, 10 months and will serve 18 months before being eligible for parole.

Judge Rollo refused to burden the defendant with the $100,000 reparation that was sought.