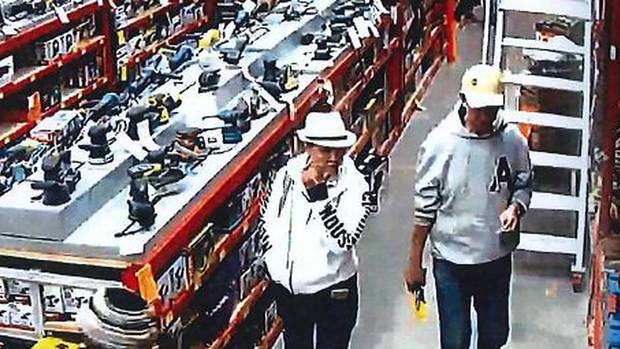 Wai Fat Wong was sentenced on Friday in the High Court at Auckland by Justice Simon Moore on four charges relating to possession and supply of 267kg of methamphetamine, worth an estimated $66 million.

His sentence of 25 and a half years, with a minimum period of eight and a half years, was the highest of the seven involved in the operation, which Moore said reflected his leading role and need to send a message of "denunciation and deterrence".

"You were a senior and leading figure in a highly sophisticated and well-resourced foreign-based syndicate which targeted New Zealand as a lucrative market to distribute a drug which is ravaging our communities, particularly those which are vulnerable," Moore said.

"In a case such as this, which involved significant commercial drug dealing by foreign nationals who came to this country for the specific purpose of offending here, the principles of deterrence, denunciation and accountability must lie at the forefront." 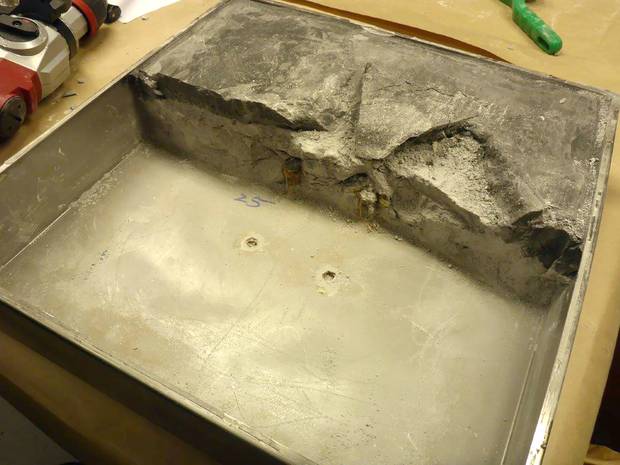 The umbrella stands looked like concrete but were actually a mixture of methamphetamine and gypsum. Photo: Supplied via NZH
Wong was originally due to have been sentenced with his six co-defendants, including his wife Li Hao, on December 13, but he argued he played a lesser role in the operation and sought a disputed facts hearing, to which he was entitled.

At that sentencing, co-defendant Ricky Tat Choi Leung, 63, was sentenced to 27 and a half years imprisonment with a minimum of nine years, and Wong's wife 21 years with a minimum of eight behind bars, along with the other four.

During the disputed facts hearing, held this year, Wong argued only after he arrived in New Zealand did he discover he was "embroiled in some drug enterprise".

It was not to "placate his guilt", instead that he was "naively, wilfully blind, reckless and did not play a significant role", Moore said.

"In material respects I did not believe your account," Moore said.

Wong was arrested with his six co-defendants on September 19, 2017.

The operation began in April 2016, when Leung started making trips to New Zealand to set up systems to receive the drugs when they arrived in this country.

The first haul arrived about October 14 that year, with 48kg of methamphetamine concealed inside seven umbrella bases dissolved in gypsum substrate.

The second load arrived on August 14, 2017, this time with 109kg hidden inside 16 outdoor umbrella bases.

But the bases looked suspicious, and were inspected by Customs, who detected methamphetamine.

The gypsum substrate containing the drug was removed and replaced with a similar-looking placebo substance. 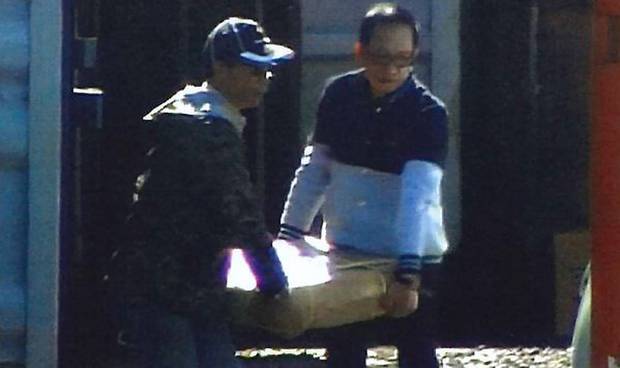 Chiu Tai Fi, left, and Ricky Leung caught on camera loading methamphetamine infused umbrella stands into a car. Photo: Supplied via NZH
About three weeks later, on September 11, Wong arrived from Hong Kong with his wife and another co-defendant, Tai Fi Chiu, all three checking in to an Auckland hotel.

Over the next few days Wong was involved in hiring a storage unit for the third importation yet to arrive, finding a rental property for the extraction phase, and buying various products.

He was also involved in collecting further "workers" arriving at the airport, hiring a Toyota Estima van for the purpose.

He was seen at a Bunnings Warehouse in Botany where gloves, duct-tape, splash googles, wrecking bars, chisels, hammers, angle grinders, wrenches, a multi-mixer tool and carpet protectors were bought.

At the disputed facts hearing Wong claimed he thought these items were being bought to fix a restaurant.

"That explanation was farcical," Moore said.

"You knew exactly what these items were to be used for."

On September 19, the group began transferring the umbrella bases to the rental property, before it was discovered some had been tampered with.

Wong had driven the Estima into central Auckland City, stopping on Federal St, where the occupants dispersed. But he was soon taken into custody along with the others.

Police searched his hotel room, finding a "very substantial volume" of material and documentation relating to the importations, including notes referring to the products purchased in Auckland.

There were also links to the preparatory steps of the operation.

The Manurewa property was also searched, and six boxes containing the umbrella stands were found just inside the front door.

About a month later various hardware items arrived, including heavy duty grinding equipment "plainly intended to be used in the extraction process". 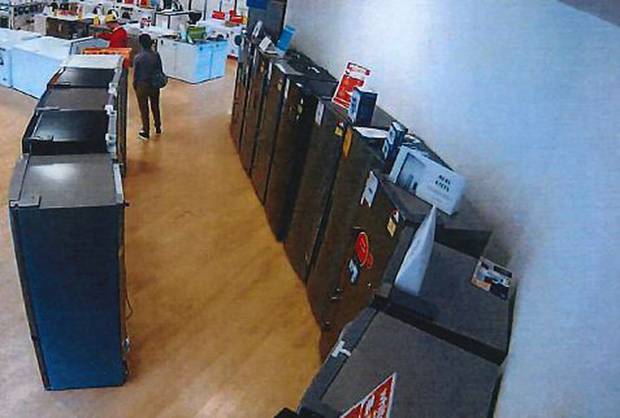 On the morning of the scheduled High Court trial on February 11, 2019, Wong pleaded guilty to the charges against him.

Two co-defendants had done so beforehand, and the four remaining were found guilty by the jury.

Before his sentencing today, Wong's lawyer Maria Pecotic raised cultural issues, including a range of allergies Wong was suffering from eating food he was not accustomed to, and pointed out how he'd "thrown himself into rehabilitation courses".

He had not been allowed see to see his wife while on remand, and he had no other family nor friends in New Zealand.

She also raised concerns about his age, fearing he would not live out any sentence imposed.

However she accepted a minimum imprisonment period was likely, and requested eight-and-a-half years.

Crown prosecutor Erin Woolley had pushed for a minimum period of 10 years.

Before announcing the sentence, Moore said there were may questions about why Wong had wound up here in New Zealand, involved in the operation.

He noted a "very sad letter" sent by Wong's sister, explaining he had done "good works and have supported your family and others".

"It leaves more questions than answers as to how it is you got to where you are this morning."

Before Wong and his wife landed here, they had no connection to this country.

"Your claims you came here to sightsee were demonstrably untrue.

"Your explanation that you were under some sort of duress or compulsion because of a gambling debt also did not stack up.

"You were here for just one purpose; to make money through the importation and distribution of a very large quantity of methamphetamine."

A letter Wong had provided the court that morning provided he now had a "level of insight into the misery methamphetamine has wrought in our community".

"In prison you have seen first-hand what a devastating effect it has had on our young people."

In setting the sentence, Moore said a minimum imprisonment period was "plainly necessary".

"The Courts have limited tools to send out the message to like-minded others that if you are caught here there will be little room for leniency.

"Strong deterrent sentences are one such tool."

From a starting point of 31 years, Moore applied an 8per cent discount for his personal circumstances, and a further 10 for his guilty plea, leaving a sentence of 25-and-a-half years.

Further taking into account his age, health and geographic and cultural dislocation, he set a minimum period of eight and a half years, beyond which would be up to the Parole Board.