Police believe today's stabbing attack at a Countdown supermarket in Dunedin was a random incident. 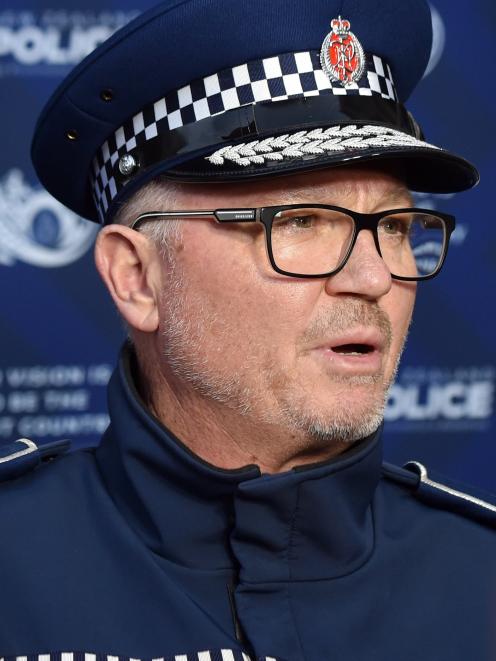 Witnesses at the scene say there was "chaos" as the attack unfolded.

A man, who had blood on him, was arrested and was walked to the Dunedin Central Police Station, next door to the supermarket.

Supt Basham said the alleged offender was receiving medical attention in Dunedin Hospital. He was under police guard and had yet to be formally spoken to or charged.

He said it was a "fast-moving and extremely traumatic event for every person in that supermarket – the victims who were injured, those present who tried to intervene and those who had to flee to a place of safety".

"While we are satisfied we have the person responsible in our custody, we are in the very early stages of our investigation into the circumstances.

"This includes understanding the motivation for this attack which will be a key component of the investigation. However, on the face of what we currently know, we believe this was a random attack.

"The scene is currently locked down and will be the subject of an extensive scene examination." 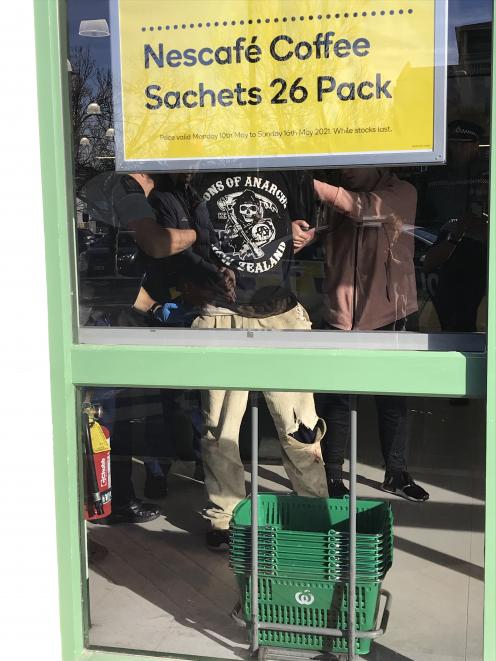 A man is arrested after a stabbing attack in Countdown Central in Dunedin today. Photo: Supplied

The minimum charge was likely to be wounding with intent to cause grievous bodily harm, he said.

"I expect, depending on when he's seen at the hospital, he will come back to the police station here tonight and he will be formally charged this evening or first thing tomorrow and appear in the Dunedin court tomorrow morning, if all things go to plan."

Dunedin Mayor Aaron Hawkins said the incident was not something he would expect to unfold in his city.

"Everyone should feel safe in their place of work or going about everyday tasks like grocery shopping. These sorts of events are particularly chilling because it could have been any of us or our friends or family - it's a busy location in the centre of the city."

Police said at this stage there is nothing to suggest that this is a domestic terror event, she said.

"I have been told that there is no reason to believe that anyone else was involved.

''Needless to say such an attack is hugely concerning and I do want to acknowledge the really early reports of courageous acts by bystanders who have taken action in order to protect those around them.

''Our thoughts are with all those who have been affected by this attack."

A couple, who asked not to be named, were shopping in the aisle next to the pharmacy department, where the incident took place.

The man said brave members of the public had pinned down the stabber but they believed he had been able to wrestle his way free before police arrived.

One woman who was shopping a couple of aisles over, said she was also alerted to the incident by the high-pitched yelling.

A patient is wheeled to an ambulance after the stabbing in Countdown Dunedin Central today. Photo: Christine O'Connor

Another woman who was entering the supermarket at the time said she was confronted by two hysterical girls.

Another bystander grabbed them, thinking they were shoplifters but they were followed by a stampede of shoppers.

"It was chaos," she said. "Unbelievable."

Staff members were congregated outside the supermarket, some visibly shaking.

Police and multiple ambulances descended on the Cumberland St supermarket after the incident.

An Otago Daily Times reporter at the scene said one person was put into an ambulance with an apparent neck wound.

A second person was stretchered into an ambulance. At least one of the patients is a member of staff.

A third person wearing a Countdown uniform came out with a bandaged shoulder. A fourth injured person who also appeared to be a staff member was taken out of the supermarket with what looked like head and shoulder injuries. 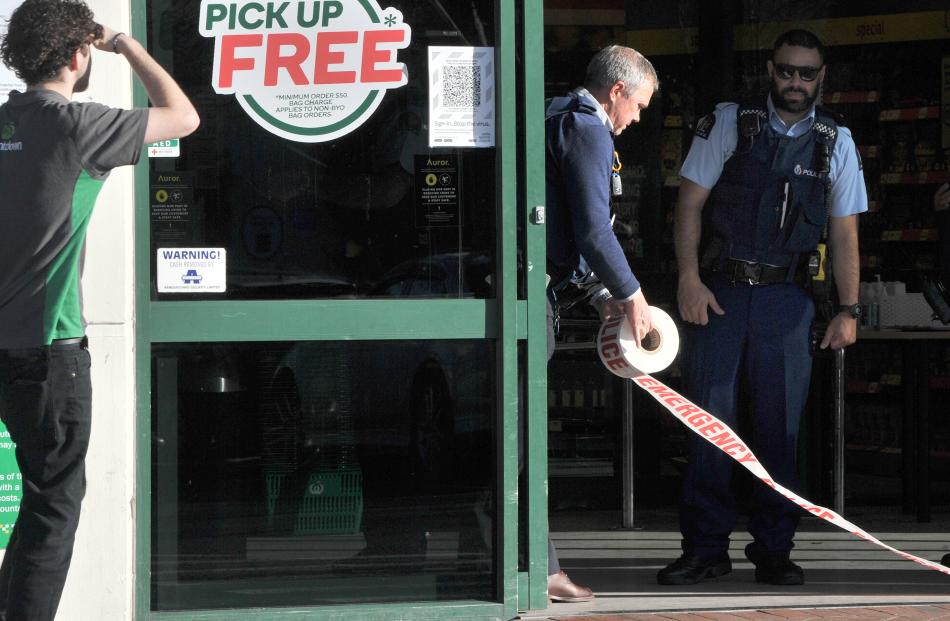 Police tape the front door of the supermarket after the stabbing attack today. Photo: Christine O'Connor

A person at the scene said a staff member told him two other staff members had been stabbed and that the attacker allegedly walked up to someone and stabbed them in the back.

The supermarket was evacuated and people have been told to stay away from the windows.

Police have blocked the entrances to the carpark but some people are being allowed to leave the carpark.

An armed police officer is standing guard outside the front entrance.

Countdown managing director Spencer Sonn said they were shocked after the attack.

Emergency services at the scene after reports of multiple stabbings. Photo: Craig Baxter

"Our priority right now is our injured team members and caring for our wider team in the wake of this extremely traumatic event.  We are deeply upset that customers who tried to help our team members were also injured.

"Our amazing team comes to work to serve Kiwis every day, and our customers visit our stores knowing that they will be safe. We are heartbroken that this wasn’t the case today.

"Our Dunedin Central store will remain closed today and tomorrow while we support our team, and we are co-operating fully with the Police.”