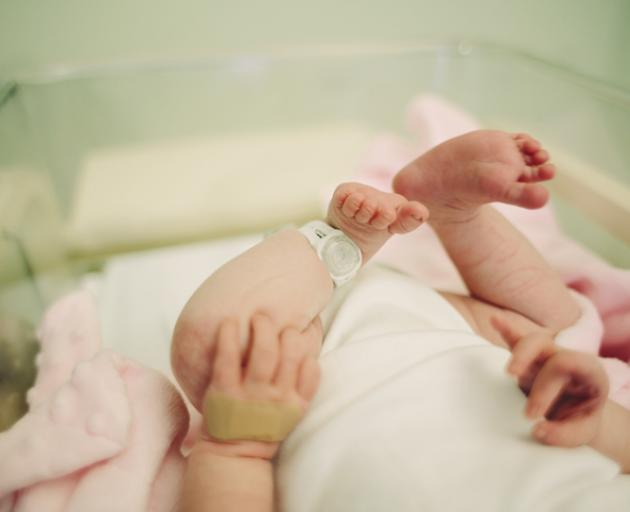 Ella Somers, 24, is battling with the same decision.

Both young women worry their child's quality of life would be low, brought up in a world of increased wildfires, flooding, droughts and insecurity.

And they are not alone.

Young people around the world are increasingly concerned with the threat of climate change and many are factoring the issue into their decisions on whether or not to have children.

Some are choosing not to have children at all.

United States congresswoman Alexandria Ocasio-Cortez gave voice to these concerns, asking her followers on social media whether it was morally right to bring children into a world of environmental devastation.

International movements such as #NoFutureNoChildren or Birthstrike are founded by people choosing not to have children in an attempt to force government action toward decreasing carbon emissions.

It was prompted by this increased global interest of young people choosing to remain childfree due to their climate change concerns.

Global research from the past five years shows young people are most likely to consider climate change as one of the biggest issues right now.

It also shows about a third are factoring climate change into their childbearing decisions.

Kemper's study is one of the first of its kind looking in depth into the motivations behind people choosing to be childfree.

She interviewed young people from New Zealand and the United States.

The study found its participants were feeling uneasy and pessimistic about the future. Many held concerns about overpopulation and more specifically overconsumption, where already strained resources continue to be depleted.

"Some people were really concerned about resource usage, food and water shortages, famines and the conflicts we may face in the future because of climate change," said Kemper.

"They don't want to produce another consumer."

Young people are feeling guilty about their desire to have children.

Kemper explained they are worried about the social and natural environment they would be bringing a child into in the next 10 to 30 years.

"They're feeling selfish for wanting to bring a child into a world they feel hopeless about," she said.

All participants in the study mentioned not having children was the biggest positive choice one can make for the environment.

Studies indicate not having children or having one less child is the single most effective impact on greenhouse gas emissions that individuals could have...far above switching to a plant-based diet, stopping flying or reduced car usage.

A Swedish study found having one fewer child could save about 58 metric tonnes of carbon dioxide each year in developed countries.

Somers said the increasingly apparent consequences of Earth's warming temperatures had impacted on her mindset of raising a child.

"I worry about the environment in which they'd be living and the pressures they'd face in a world impacted by climate change."

Cox also worries about the social environment her children would grow up in.

"If I'm struggling this much now as a 23-year-old, god forbid what it's going to be like in 20 years if inaction on climate change continues," she said.

With eco-anxiety on the rise, these fears fit into a wider dialogue on the impacts of climate change on mental health.

Kemper believes we are facing a mental health crisis in New Zealand.

"And this only contributes to it," she said.

"It's a huge decision not to have children, something which can impact on people's relationships, their families and partners. It can create huge tension."

Wars and famines in the past have affected people's fertility intentions, but Kemper says climate change is different.

"People see this as longer lasting. Events such as war are seen to occur in a shorter-term frame and are something to be resolved.

"Climate change however, creates concerns far into the future – 50 years ahead."

Fertility rate nosedive
For the past decade, New Zealand's fertility rate has dropped to just 1.61 births per woman.

With more people choosing not to have children, this rate will only continue its decrease.

Otago University professor and environmental philosopher Lisa Ellis said she often has these antinatalism discussions with her post graduate students.

Young people are looking at the reality of the climate crisis and are grappling with what they can do to alleviate its effects and do good for the world.

But Ellis said young people are coming up with "some sad answers".

"I think there is a lot of pretty unfair individualising of climate risk going on, where young people, faced with a crisis not of their own making, are looking for actions they can take on their own."

She said it is impressive young people imagine their obligations extend to something viewed as a basic human right; their reproductive decisions.

"But if you think your obligations to others require you to subordinate your reproductive rights to somebody else's needs, that is a significant reduction in your freedom.

"Making your isolated consumer decisions a response to climate change is like being played by the extraction industry. There's nothing British Petroleum would like better than for you to think of yourself as responsible for climate change."

If people want to change the world to make it more sustainable, Ellis said, they need to gather together with others and communicate their policy preferences and visions for a better world.

This hope for the future is mirrored amongst some young people.

Many are motivated by climate change. They want to try and make the world a better place and believe children of the future have a role to play.

Climate change will not prevent her from having children.

"I've been living as a vegan for six years and implementing the zero-waste lifestyle for at least two of those years," she said.

"Because of this, I've learned to make little to no waste with my existence and I know there's many ways to do the same for my future kids."

"I think future generations, right from birth, should be taught how to make the world a better place. Let's make beach cleans and a zero-waste lifestyle the norm," said Rupprecht.

"And that's something I aspire to share with my future children. It's a lifestyle rather than a 15-minute lesson."

She did however mention, it "pains" her in that "my children will never see the world as it once was – only through pictures or paintings".

Twenty-three-year-old Fergus Lockyer believes those considering not having children, are exactly the people who should.

"It's the ultimate, pessimistic, bury in your head in the sand to say, I give up, I think it's wretched for my kids," he said.

"Instead, people should be thinking, I can raise someone who can actually make a difference, just like I'm trying to make a difference. And it means they aren't going to be outnumbered by climate deniers or selfish, money-hungry businessmen."

Lockyer said those empathetic enough to even consider sacrificing their reproductive rights, are the ones who will raise their children to care deeply about the environment.

"The world is going to continue producing babies and if everybody with their heads screwed on tight, who are concerned about the right things, opt out, then that will be the death of a thought and feeling.

"Nothing will ever change and it will just get worse."

Lockyer believes young people will make a greater impact by ensuring their beliefs about global issues will be handed down.

Having children means the parent's beliefs will continue to be spoken about and acted on, even after they die, he said.

But what about the children already feeling the effects of climate change?

Families across the world are being displaced due to extreme weather events.

Macmillan said these questions being asked about imagined children of the future, begs us to turn our thoughts to the lived experiences of children already feeling the consequences of climate change.

She said the burden of climate change is already being felt by the poorest children.

"This should really activate us to be pressing for the kind of action that is needed and isn't being taken, especially by governments like ours," said Macmillan.

"We have really high emissions per capita and really high capacity to do something about them and yet we're not doing enough."

As this dialogue on whether or not we should be having children gains traction, there remains hope for the future.

Although Somers remains unsure on whether she will have children, she believes those still to be born can do more good.

"Our future children, brought up in the mindset of living sustainable and taking action, can skew the way things are going," she said.