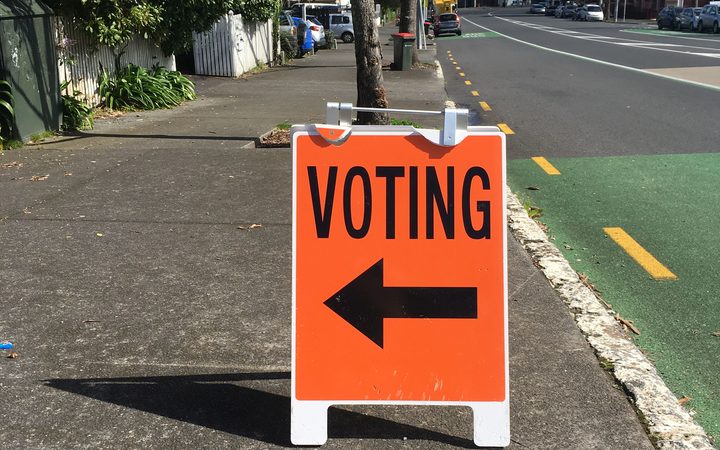 Photo: RNZ / Sarah Robson
The number of election day voting booths across the country will be higher than usual on September 19, as officials aim to limit crowd sizes and encourage social distancing.

Officials are expecting 60 per cent of all votes at this years' election to be cast before election day.

That's up on last year's 50 per cent figure when 1.24 million people voted ahead of election day.

There will be 750 advanced voting locations open when voting starts on September 5 – almost double the number open during the same period in 2017.

In fact, the Electoral Commission's Chief Electoral Officer, Alicia Wright, said there would be a voting place within 5km of every Kiwi in New Zealand.

But, although there is no community transmission of Covid-19 in New Zealand, she said there will be no voting booths at supermarkets this year.

Meanwhile, Wright said for the first time, New Zealanders will be able to vote in a mosque.

Specifically, the Kilbirnie mosque in Wellington.

And in another first, Huntly will be home to New Zealand's first-ever primarily te reo voting location, where te reo Māori will be the main language used.

Given Covid-19 is still a threat, the Electoral Commission will be using as many large voting places as possible to make social distancing as easy as possible.

"We will have some voting places in shopping malls, but the need to allow room for physical distancing means we will not be in as many malls as planned," Wright said.

The Electoral Commission is also encouraging as many voters as possible to bring their own pen to the voting booths.

In addition to a normal general election, New Zealanders will be voting in two referendums: Euthanasia and the Legalisation of cannabis.

Although the vast majority of election votes will be counted by 11pm on September 19, the country will have to wait almost two weeks for the referendum results to be unveiled.