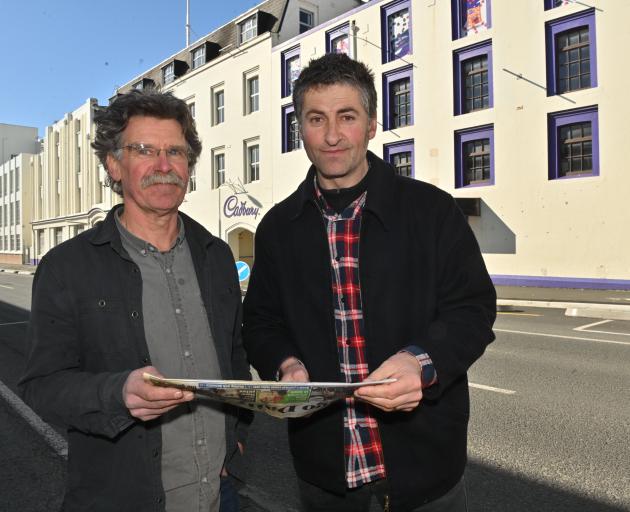 Ted Daniels (left) and Athol Parks outside the Cadbury building last year. Photo: Linda Robertson
There are fears the demolition of the former Cadbury factory without a definite plan for the future of the site could be a permanent blow to Dunedin’s historic streetscape.

The Ministry of Health proposal to demolish the former Cadbury factory has been publicly notified.

The demolition of the former warehouse is under way but without Cabinet approval of the much-delayed detailed business case for the planned $1.4billion Dunedin Hospital, Dunedin heritage buildings developer Ted Daniels warned against pushing ahead with the resource application now.

"I’m not against change — I’m more against something getting demolished, or some important aspect of Dunedin’s history getting taken away without, really, any consideration," he said.

"Dunedin has already so many empty sites because they had plans to do something with it but that never eventuated — it’s kind of another site that could be empty for a long time to come when they change their minds."

The plant ceased making chocolate in Dunedin in March 2018, but the Cumberland St and Castle St facades are listed as a heritage item in the city’s district plan.

Yet Mr Daniels, who recently won the Dunedin Heritage Re-use Award for his restoration of Standard Building in Princes St, and was also celebrated for renewing the former Victoria Chambers in Crawford St, said all four walls could be repurposed.

The buildings had a unique industrial look, but because of their current "mono-colour" were undervalued.

"We’ve lost a lot of buildings because they were painted in ‘corporate colours’ — like some company goes into a building and paints the building in their colour and then suddenly the building doesn’t have any historic look anymore. People [ascribe] no value to it — and they get pulled down and nobody really cares."

City Walks founder Athol Parks said he would not comment in detail and could not say whether he would oppose the application.

He was disappointed but not surprised to hear of the notification of the resource consent application for the demolition of the property on Saturday.

He believed the buildings were a good example of functional industrial architecture pioneered in the 1910s and ’20s in Europe — and there should be no "rush to demolish" without a concrete plan.

"More importantly, I think they [the former Cadbury buildings] have functional value right now, at a time when there’s going to be great disruption in the city," he said.

"These buildings they’re going to bowl — I’m sure there’s space in there that could be used in the meantime."

At the end of June the Otago Daily Times reported the new Dunedin Hospital plans remained as a two-building project despite both the Ministry of Health and Southern District Health Board pushing for a single building.

The resource consent application in Saturday’s ODT notes "the location and the design of the hospital buildings is not the subject of this application". 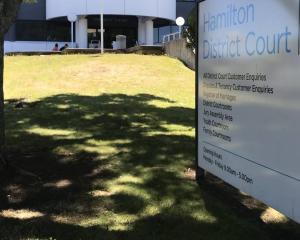 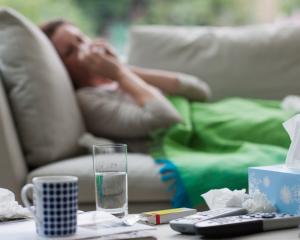