Alice Hudson has been left feeling lucky beyond belief after being offered a house to live in, rent-free, after her family lost nearly every thing they owned in a ferocious house fire at the weekend.

She, her partner and three young children were unharmed after their Portobello rental home burned quickly in high winds on Saturday, but it was a devastating experience.

She said local residents had been co-ordinating drop-off points for donations; bikes, clothing and a car had been offered; and a Givealittle page had raised nearly $25,000.

But having a rental property to move into so soon after the fire had been a major stroke of luck for her family.

"There’s not many rental properties out this way. This is huge. We’re incredibly grateful for the offer. It’s really overwhelmed us. 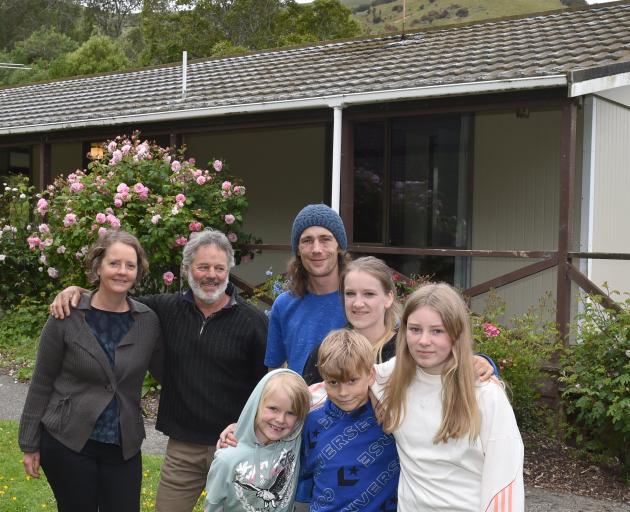 Annabel and Martin Rutherford (left) have lent a home to Josh Moffitt and Alice Hudson and their children (from left) Grace (7), George (9) and Evie (12), who lost their home in a Portobello fire on Saturday.PHOTO: GREGOR RICHARDSON

"It’s quite hard to put into words how we feel about the support we’ve had. It does make you feel special."

Ms Hudson said it had taken a huge weight off their shoulders because they were worried about where they would put all the generous donations they had received, and about whether they would have to pull their children from Portobello School and put them in another school near alternative accommodation.

Rental property owner Martin Rutherford, of Portobello, said he offered his three-bedroom house to the family, rent-free until the new year, to help them get back on their feet.

"I’ve done it because I can. These people are part of the community and we can help."

He said the house had been a bed and breakfast until recently. He was now working on turning it into a long-term rental.

His wife, Annabel Rutherford, said neighbours had pitched in and would visit tomorrow to tidy the house and get it ready for the family to move in on Friday, including filling the pantry.

There was an opportunity for the family to stay in the house and pay rent in the new year, and Ms Hudson said the family was keen to do that.

"We absolutely love Portobello. It’s such an awesome place.

"We’ve been so happy since we moved out here. We don’t want to leave.

"We feel very, very lucky to be in the community that we’re in. Without them, this would have been horrific."

It was hoped the family would be able to move in at the end of this week.