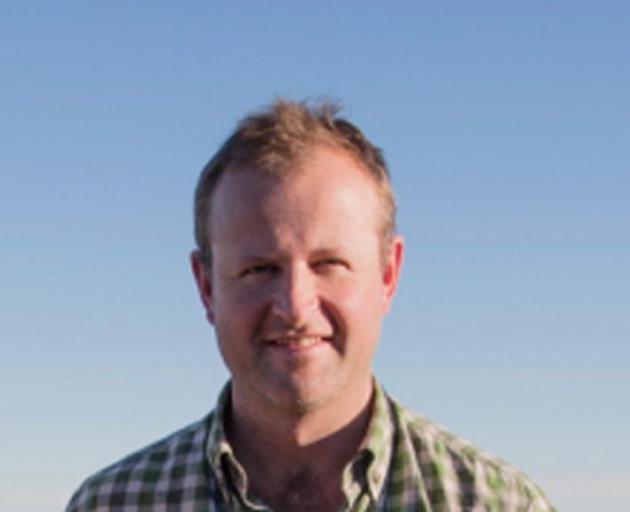 Matthew Wallis died when the Alpine Helicopters Robinson R44 he was flying crashed in July, 2018. Photo: Supplied
Speed may have contributed to a helicopter breaking up and crashing into Lake Wanaka leaving pilot Matthew Wallis dead, an investigation has found.

Matthew Wallis died when the Alpine Helicopters Robinson R44 he was flying crashed on July 21, 2018.

Only months later his brother Nick Wallis, along with passengers Paul Hondelink and Scott Theobold, died in a second helicopter crash near Wanaka Airport on October 18.

The Transport Accident Investigation Commission (TAIC) today released its final report into the July crash and found mast bumping caused an in-flight breakup of the helicopter over Lake Wanaka.

Mast bumping occurs when a two-bladed teetering rotor head see-saws (teeters) so much that its inside edge strikes its own main drive shaft (the mast).

It can happen in a split second, usually resulting in the helicopter breaking up in flight, and can be fatal for those on board.

It found the helicopter was cruising in mountainous terrain in conditions that were conducive for strong turbulence at a speed that increased the risk of an adverse outcome.

The TAIC suggested Mr Wallis was flying too fast for the conditions.

“While the pilot would have likely had an indication of the weather conditions as the helicopter flew up Stevensons Arm, there were various pieces of information available indicating that flying close to the maximum permitted speed would have likely increased the risk of an adverse outcome.”

He was flying at an airspeed between 195-200kmh in the moments before the crash when the pilot handbook suggested pilots reduce airspeed to 110kmh to 130kmh during "significant turbulence".

However, the TAIC noted "significant" was not defined in the handbook and left room for confusion when assessing the severity of turbulence.

It said a passing cold front, wind, forecast turbulence and reduced visibility meant flying conditions at the time were not good, making the decision whether to fly “ambiguous”.

There was also the option for Mr Wallis to take another route.

TAIC also found that Mr Wallis may have been on the phone when he lost control of the helicopter which could have acted as a distraction.

“In this case mast bumping caused a main rotor blade to bend down so far that it struck and entered the helicopter cabin, the helicopter broke up in flight, descended, impacted the lake, and sank,” Ms Meares said.

“Operators, owners and pilots of helicopters with this type of main rotor need to know that the risk of mast bumping increases with the likelihood of turbulence, mountainous operating environments, high power settings, higher speed and light weight.”

The TAIC said there was no need to make a new safety recommendation as a result of the final report’s findings.

It said it needed more recorded flight data, and recorders were being developed for installation in Robinson helicopters.

"We also need to know more about the dynamic behaviour of two-bladed, teetering, underslung rotor systems, and this is the subject of a University of Maryland study.”

In another move, Robinson Helicopter Company updated its R44 Pilot Operating Handbook to define the non-standard term, ‘significant turbulence’, after TAIC noted the potential for misinterpretation.