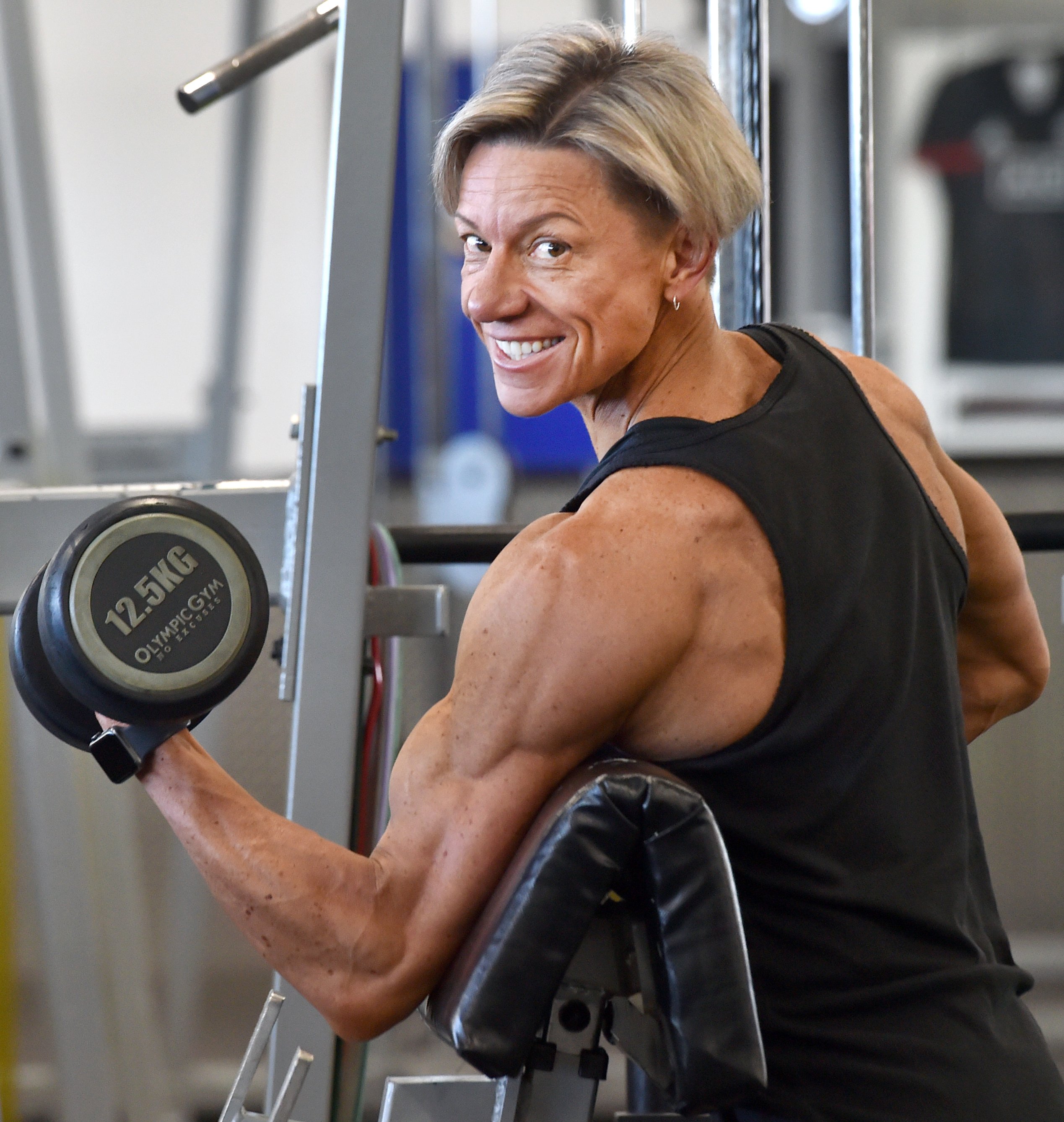 Senior Constable Delaine Tabb is aiming to get her pro-card at this weekend’s New Zealand International Federation of Body Building South Island Championships Figure Pro Qualifier in Christchurch. PHOTO: PETER MCINTOSH
Delaine Tabb is used to the slightly guilty-looking glances of people trying to be inconspicuous.

But the police senior constable, of Dunedin, is less used to the less subtle looks she has been getting since she started applying fake tan over the past few days, in preparation for the New Zealand International Federation of Body Building South Island Championships Figure Pro Qualifier in Christchurch on Sunday.

‘‘I tend to start getting some weird looks as you slowly start to turn orange throughout the day.

‘‘People are a bit embarrassed to give eye contact - they look at you sideways in the supermarket.

‘‘The advantage, though, is that you suddenly get very white teeth because of the contrast between the tan and your teeth.’’

The 44-year-old is hoping to win the overall competition and gain a coveted pro-card, which would entitle her to compete at high-calibre professional bodybuilding competitions around the world.

It would allow her to compete against people such as five-time world champion Cydney Gillon.

In 2007, she became a world champion when she won the NABBA Universe Championship in Spain, and in 2019 she was the overall figure winner at the NABBA New Zealand National Championships.

She said she was looking forward to competing in the much higher level of competition in the NZIFBB.

‘‘It’s my first time on stage at the NZIFBB so it’s really an unknown.

As well as working hard at Olympic Gym in Mosgiel, she had been battling for space in the kitchen with her husband and fellow body building competitor Mike, to create the vast amounts of food needed to put them in rip-shape form.

She said her wages should be paid directly to her local supermarket at the moment because every spare dollar was being spent on high-quality foods to help bulk up her muscle tissue.