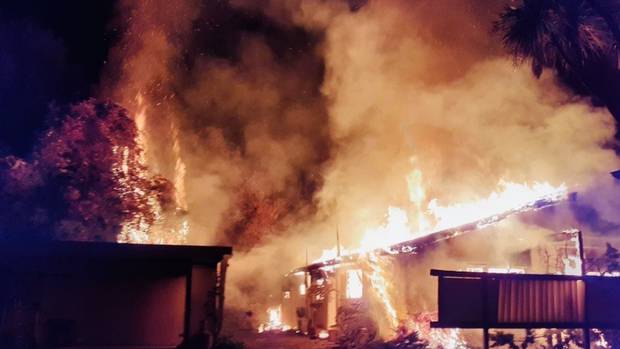 Up to 10 appliances from around the area were called to the incident on Tahunanui Drive just after 2am after authorities received multiple calls.

A photo shared online by the local fire crew showed the enormity of the situation - with huge flames licking up the side and roof of the house.

Big plumes of smoke can also be seen despite the darkness.

A southern fire communications spokesman said the firefighter involved was treated at the scene for heat exhaustion and was not taken to hospital.

He said staff arrived to find the house - an abandoned building - well involved.

A large scrub fire had also started at the back of the building and was threatening neighbouring properties.

Just before 6am, the spokesman said the fire was now under control and firefighters still at the scene were now dampening down hotspots.

Three or four trucks remain at the scene and people in the area are being asked to avoid Tahunanui Drive today.

Fire investigators are due to arrive to determine how the blaze started.