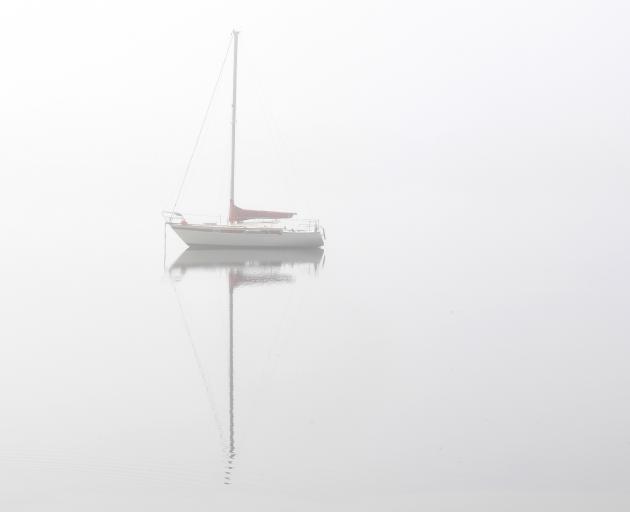 Limited exemptions existed on the ban on foreign ships coming to New Zealand, including cargo and fishing vessels. Photo: Stephen Jaquiery.
Foreign yachties seeking refuge in New Zealand from seasonal Pacific cyclones are baffled by the response not to let them in.

The UK based Ocean Cruising Club yesterday received official notice that foreign yachts waiting to leave the Pacific will not be allowed in to New Zealand, and must now make immediate, alternative arrangements.

The club has been liaising with New Zealand immigration and maritime agencies to find a way that would allow up to 300 yachts to sail here on the seasonal cruising route.

Yachts traditionally headed south to New Zealand each summer. Many conducted refits at yards around the country, and cruised New Zealand's coastline, visiting towns and cities along the way.

The club said lives and property were at risk, but the latest official response revealed a misunderstanding around the logistics of boat travel.

The letter from the Director General of Health said limited exemptions existed on the ban on foreign ships coming to New Zealand, including cargo and fishing vessels.

Permission could also be granted for ships to enter, if there was a compelling need such as refits, repairs or humanitarian reasons.

The letter said Ministry of Health advice had led the Director General to determine that a potential future cyclone did not provide sufficient basis to warrant an exemption from the order.

"While I will determine whether permission is granted for a ship to arrive in New Zealand for humanitarian reasons on a case-by-case basis, my assessment is the vessels in question are not facing a cyclone at present, but rather the prospect of a potential cyclone or cyclones in future.

"Therefore there is no compelling need for the ships in question to arrive in New Zealand for humanitarian reasons.

"I will still determine whether there is compelling reason for a ship to arrive in New Zealand for humanitarian reasons on a case-by-case basis, should a cyclone arise in any one location."

The club's roving rear commodore Guy Chester told RNZ from Tahiti this morning that the correspondence received showed that New Zealand health officials might be "fantastic epidemiologists" who well understood the Coronavirus, but they appeared to have missed the point about needing to leave before a cyclone hits, and not during one.

"The compelling need is now, to get the yachts off the South Pacific cyclone zone," he said.

The letter said sailors would need to make immediate, alternative arrangements, enabling them to secure safe harbour, such as in their home countries, in a timely fashion.

Chester said it was not that simple and left them with no option but to remain in the Pacific, which did not have the facilities to cope with hundreds of yachts and people exposed to severe storms.

"Unfortunately, despite many explanatory letters and emails, health officials do not appreciate most yachts cannot sail to safe harbour in their own countries. Nor do they understand yachts need to be safely out of the cyclone zone before the cyclone season occurs, and not at sea when one occurs."

He said the matter was now urgent, and the club was imploring the New Zealand government to reconsider.

Chester said New Zealand had proven capacity in marinas around the country to cope with the annual influx of foreign yachts. Quarantine and self-isolation protocols had also been set up and were now in place.

He acknowledged that part of the problem might be that visiting yachts could find themselves stuck in New Zealand for longer than intended, because of the pandemic.

"If they have to stay in New Zealand it's not an economic impediment - the yachts (owners) spend millions."

He said four superyachts had been approved entry to New Zealand, under the refit/refurbishment exemption. It required proof up-front from a shipyard it was sponsoring a vessel's entry for the work to be carried out.

"The Ocean Cruising Club's request is for New Zealand to accept that cyclone season refuge is a humanitarian or other compelling need."

A Ministry spokesperson said the Director-General's decision took into account the risk of importing Covid-19 into New Zealand, and the likely impact on border and health agencies.

"The proposal for 300 to 350 yachts or small craft with up to 1000 people to arrive in New Zealand from the Pacific, many from areas of high Covid-19 risk, would pose significant public health risk."

The Director-General has told the cruising club that an influx of people from sea would potentially divert limited resources in testing, managed isolation and quarantine away from the broader effort.

The spokesperson said ships and boats in distress would be allowed to enter New Zealand, but any deliberate attempt to contravene this rule could result in harsh penalties including either a fine, imprisonment or forfeiture of the vessel.