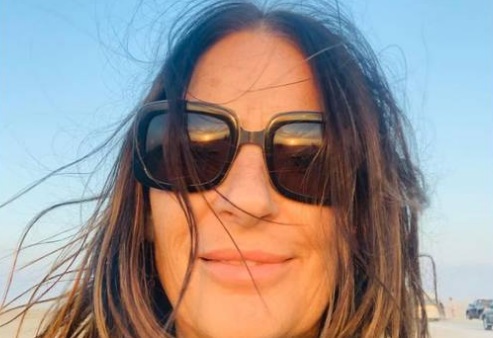 Originally from Dunedin, Lorna Butler now lives about half an hour from downtown Beirut. Photo: Supplied via NZ Herald
New Zealander Lorna Butler was due to take the family cat to the vet, in downtown Beirut, about the same time a devastating explosion ripped through the city.

But as fate would have it, she would be saved because her husband was late getting back home with the car - stuck in traffic.

Butler, originally from Dunedin, said her husband, Maroun Sfeir, had gone into Beirut to visit the Australian embassy as part of the process to get a special transit visa to Australia - to help in the family's bid to get to New Zealand.

But for some reason, on that particular day, the office was closed.

Speaking to The New Zealand Herald, she said it was fate that had possibly saved both their lives.

"We're alive. It was a close call.

"[The Australian embassy] is always open - always. But on this day, they were closed. He got back late because of traffic."

'I was expecting the sky to open up'

The family would hear, feel and then see the explosion from the safety of their home on top of a mountain in the town of Ajaltoun.

"We were just sitting outside when we heard this almighty boom - just this 'woosh'. It just transcended...and there was something of a gravitational pull through your body." 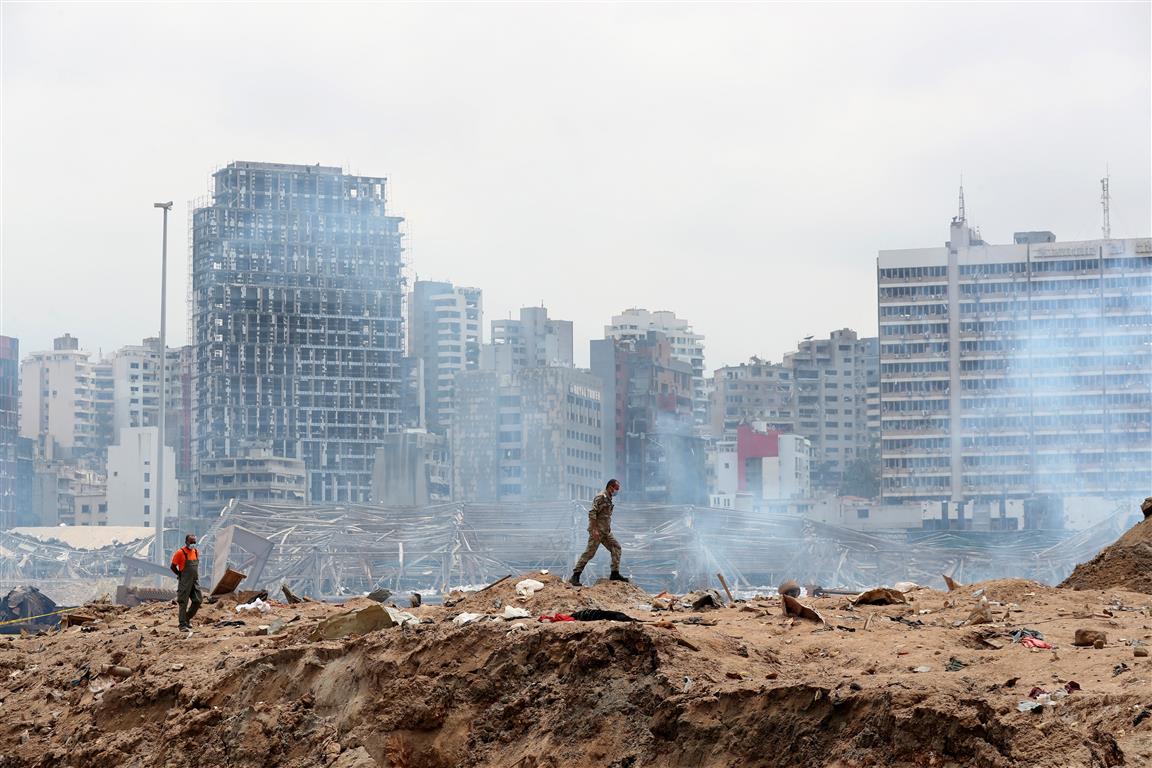 A soldier walks at the explosion site at the port of Beirut. Photo: Reuters
Butler described the feeling of fear that suddenly came over her and catching herself saying out loud, over and over, that "it's a bomb".

Family members around her quickly spoke over saying it was "just fireworks" in a bid to not scare her 4-year-old son Enzo.

"I said: 'Enzo, get inside'! I was expecting the sky to open up and to see missiles."

The blast death toll has risen to 135 and up to 5000 injured, but both figures were expected to rise still.

'My heart bleeds for the people'

Hours after the explosion devastated the city, Butler shared videos from people who had been close to the port at the time of the blast.

"Such a devastating loss for all of us here," she wrote.

"My heart bleeds for the people that have lost loved ones and the injured."

She acknowledged all that was already happening around the world in regards to the Covid-19 pandemic and how that was affecting different parts of society - including the economy.

"To add to this pandemic this year, this is where I am now." she said.

"Been trying to get flights home but they keep cancelling and now the airport [is] officially closed. But we are safe till now."

She thanked friends and family members who had been in touch to check in on them.