There are four new cases of Covid-19 in New Zealand today, all in managed isolation.

There are no new community cases.

One of the new cases arrived from Ethiopia via Dubai and Kuala Lumpur on November 14. They tested positive at day 11 on Friday, and this case is being included in the Ministry of Health's totals today following a database reconciliation.

The ministry said case details page on its website would be updated to reflect that this case has been reported today.

Two people arrived from the US on November 23. They tested at day 5 as a person in their bubble had previously tested positive.

The other person arrived from the US on November 26. The person tested positive at routine day 3 testing.

One previously reported case has now recovered, bringing the total number of active cases to 72. 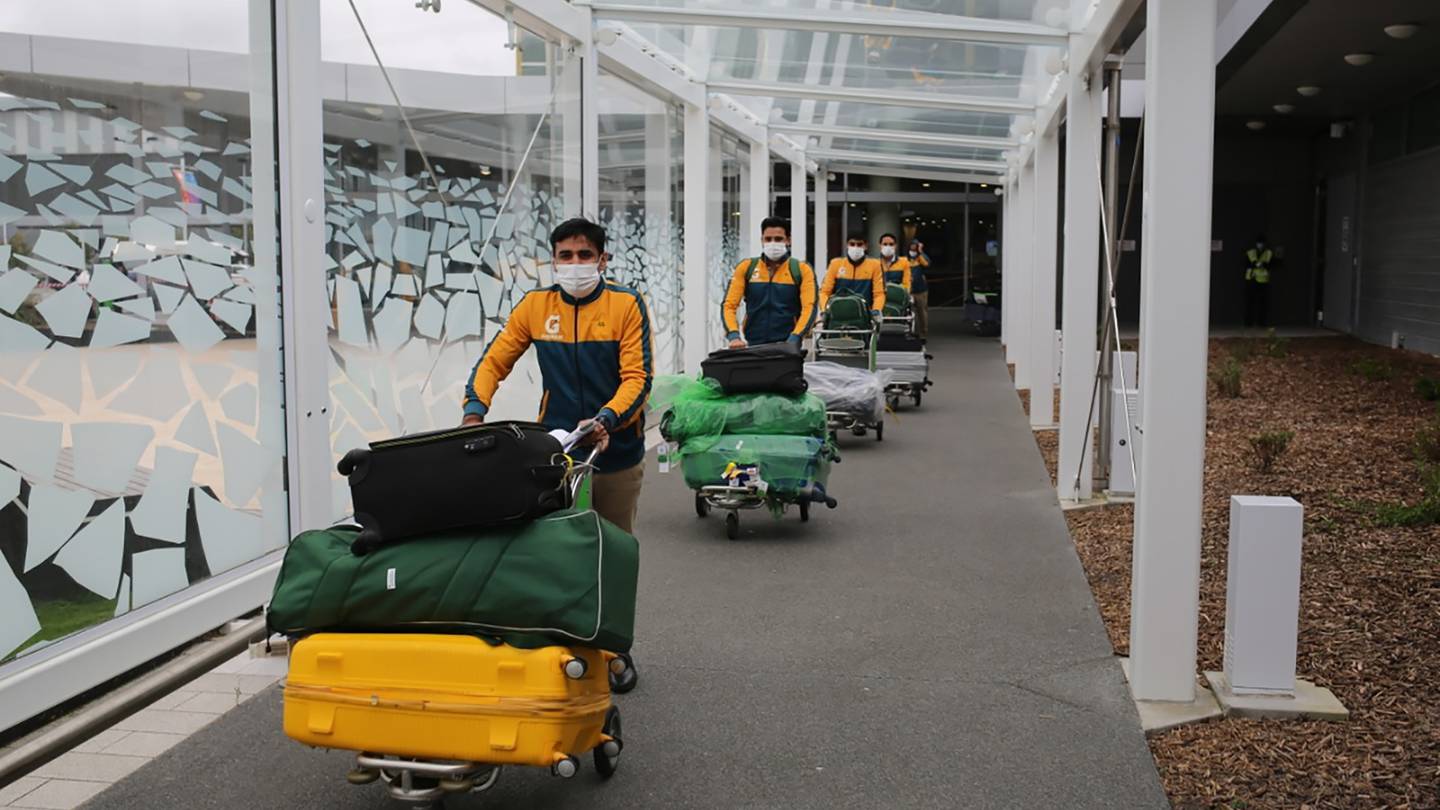 Following the results of these tests, the Canterbury DHB medical officer of health will conduct an assessment of whether the team members who have not returned positive tests can have an exemption from managed isolation to train.

For this to occur, the medical officer of health must be satisfied that training is unlikely to transmit Covid-19.

The Ministry of Health said, as reported yesterday, six members of the team tested positive on day one testing. Two of these cases were subsequently determined to be historical infections, so were not infectious.

One member of the team tested positive during day three testing. The remaining 46 members of the squad in managed isolation in Christchurch returned negative results at day three.

The ministry said, as the country headed into Christmas and the summer holiday period, people were asked to continue to keep track of where they had been and who they had seen.

"This is important as you might not be able to remember all the places you visit so get into the habit of signing in every time you enter a new place," the ministry said.

The easiest way to keep a private record was by scanning the QR codes with the app.

"Remember, it's important you keep a record in case this is required for contact tracing purposes – if a case of Covid-19 was to emerge, being able to quickly trace anyone who has been in contact with that person will be critical to helping us stamp it out," said the ministry.

Yesterday's cases
Yesterday, there were 69 active cases in New Zealand.

Seven of the 53 touring Pakistani cricket squad had tested positive for the infection.

The last time an infection took hold in a group in managed isolation was in October when 31 foreign seaman fell ill during their 14-day quarantine period before heading off shore to work in vessels.

The team sparked outrage and a stern warning from the country's top health official after it was revealed some of the squad were caught on security footage flouting strict isolation rules at their facility, including socialising in hotel hallways and not wearing masks.

As a result, the director general of Health Dr Ashley Bloomfield put the tourists on "final notice".

Blood testing confirmed two of the original six cases are historic cases and not infectious.

All 53 members of the squad in managed isolation in Christchurch have had serology tests, in addition to the routine PCR testing for the virus which has identified a further 11 people had previous 'historic' infections.

Yesterday there was one new case in managed isolation, a person who returned from Jordon on November 26 and is now in a quarantine facility in Auckland.

Meanwhile today the Prime Minister announced a vaccine would likely become available in limited supply in March at the earliest.

Jacinda Ardern told Newstalk ZB's Mike Hosking she would be revealing a more detailed roll out of vaccination plan later next month when there was more certainty around supply.