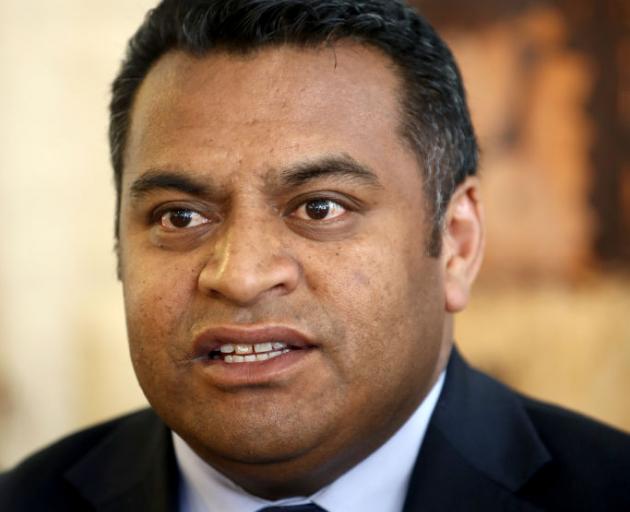 Commerce and Consumer Affairs Minister Kris Faafoi. Photo: Getty Images
The Government expects to drive down petrol prices by between 18-32c a litre as a result of new rules which are expected to "swiftly" break the supply dominance of big fuel companies.

Top ministers, including Prime Minister Jacinda Ardern, are confident changes to the fuel market would "break the stranglehold" major fuel companies have in New Zealand.

The Government promised action and legislation will be passed in mid-2020 putting this, and other key changes, into effect.

This, he told media this morning, would, in turn, drive down petrol prices. And the drop could be fairly significant.

Asked how much prices will drop, Faafoi said the best gauge of what can be expected is what has already happened in areas where a new petrol player has entered the market.

"The examples that I'm aware of is when Gull came into Wellsford and prices dropped by 18c a litre.

"We have a local example here [in Wellington] where Waitomo petrol came to town earlier this year and they dropped their prices by 32c a litre and, mysteriously, 24 hours later their competitors did too."

Although the Government does not appear to have any concrete estimates, Faafoi estimates the drop could be within that 18c-32c a litre price range.

According to the AA, the average fuel price in New Zealand is just under $2.37 a litre.

"Those are examples of what happens when competition does happen."

As for when prices might begin to fall, Faafoi said it would be great if they could start falling now.

"But the legislation that needs to come through, especially for the re-jigging of the wholesale market and the contracts that are there at the moment, we're saying by midway through next year."

Despite wanting to see petrol prices fall as soon as possible, he said any reductions to fuel taxes were not on the table.

"Go and asked anyone who is in traffic in Auckland at about 3.30 or 4pm, they will say they want something done," he said.

"We're not going to apologise for making sure there are roads and maintenance on those roads."

Based on information provided to National through written questions the party has calculated that the extra revenue the Government has collected from increased fuel excise, road user charges and the Auckland Regional Fuel Tax has already hit $565 million.

That works out to be $319 per household.

"Kiwis don't need more reports from the Commerce Commission to tell them what they already know; that keeping the car running on their summer road trips this year is going to cost more than it should."

Tour staff had to give up as flames grew in tunnel

Metal McCaw not wanted in Waitaki either