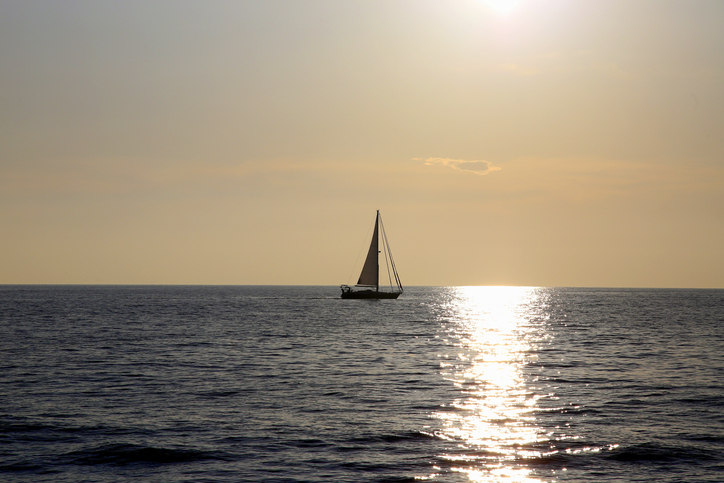 Photo: File / Getty Images
Three German yachties who were refused entry to this New Zealand after arriving in the Bay of Islands have been jailed until they board a flight home on Thursday.

Jacob Kraus, Sophia Ulbrich and Hans Borner were detained in custody in Auckland after they arrived in the Bay of Islands in breach of border restrictions on Friday afternoon.

Borner and Kraus will be jailed in Mount Eden Prison, while Ulbrich will be in Auckland's Women's Prison until their flight back to Germany on Thursday afternoon.

The group applied for an exemption after they had already set sail for New Zealand.

But their application was refused as the Ministry of Health was not convinced the boat had a compelling need to come into the country.

The trio, aged from their late 20s to early 30s, appeared in the Auckland District Court for a Warrant of Commitment hearing yesterday afternoon.

The hearing was to decide whether it was necessary to continue to detain them while they await their flight back to Germany.

The crew's duty lawyer, Clare Watkins, said the trio had planned to sail from Tahiti to New Zealand, leave their boat in Opua and then fly back to Germany.

"All they want to do is get on a plane and go to Germany," she said.

She said the group initially wanted to leave the boat in French Polynesia, but they were not able to leave it in the water there due to the cyclone season and were not able to make other arrangements for storage.

The trio left for New Zealand and applied for the exemption, with Fiji being their back up option if their application was not granted.

They were two days away from New Zealand when they were told their exemption application was declined by the Ministry of Health.

Their boat, including the mast, had been damaged during their journey and it was beginning to let in water.

The ocean storms brewing meant they decided to continue to New Zealand.

Watkins said the trio had intended to spend $50,000 in New Zealand repairing their boat and had thought this would help with their exemption application.

Once they reached land, the group was arrested by Immigration New Zealand.

At this point, they tried to claim a exemption on humanitarian grounds due to their damaged boat.

Solicitor Terri Thompson, acting on behalf of Immigration New Zealand, said the trio took the risk to travel to New Zealand without approval in the climate of Covid-19 and should not been released.

She said the group setting out for this country without an exemption showed a "flagrant disregard" for the rules.

Thompson said the group would have been refused entry before Covid-19, as they did not have a visa.

Judge Peter Winter asked whether the trio had been tested for Covid-19 and was told they had all returned one negative test.

He asked whether the trio posed a flight risk and Thompson argued they did, citing their disregard for immigration, customs and health rules.

But Wakins argued it was "totally unreasonable" to have them "sit in a cell" instead of allowing them to stay in a hotel with a 24-hour curfew.

Judge Winter ruled the trio would stay in custody in prison until their flight at 3.10pm on Thursday afternoon.

He said the three individuals would be housed separately from other inmates and they would have gone into managed isolation if they had legitimately entered the country.

Under section 313 of the Immigration Act, an individual may be detained for a period of up to 96 hours without a warrant, according to Immigration New Zealand.

If granted, a Warrant of Commitment allows Immigration to detain an individual for up to 28 days.