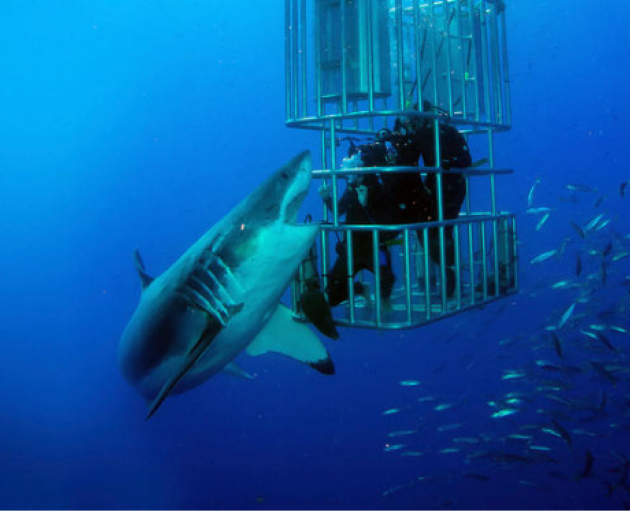 Shot from 'Shark Lockdown' featuring Clarke Gayford. Photo: Supplied
Watching a great white shark stalk a crew member off the coast of Stewart Island during filming for a documentary was among the most scary incidents marine film-maker Clarke Gayford witnessed.

The global lockdown caused by the Covid-19 pandemic has quietened the oceans and may be luring some of New Zealand's biggest great whites out of hiding.

Gayford teamed up with shark expert Kina Scollay just off Stewart Island to find out where the big sharks - some as big as 5 metres long - are located and what are they doing there.

The end result - Shark Lockdown - airs tonight at 7:30pm on Discovery as part of its Shark Week coverage.

Clarke told Sunday Morning he spent two weeks on the mission which arose out of Covid. The US crew scheduled to go was unable to enter New Zealand with the border closed so at the end of the first nationwide lockdown he accepted an offer to film a rare sight.

"It's an incredible phenomenon down there in a very specific area just off Stewart Island and it happens in very few places around the world - it's a great white shark aggregation...

"The thought is that big females do go there - it's never been actually witnessed but they do go there to mate."

Asked about their size, Clarke says: ''they get really big" with some that he saw around four and a half metres, while a "big beast" he observed was around 4.9 metres.

"But they get bigger than that, we're talking into the five, six metre great whites and that's when they truly change shape, that's when they really broaden out and it looks like a submarine underwater."

It's unknown why great whites are drawn to New Zealand waters, however, they have feeding stations, perhaps where there were once sealing grounds and they also have their mating aggregations. They could have been following the tradition for thousands of years, Clarke says.

There are two separate populations that meet up in Stewart Island "for a good time". One moves in from South Australia and the other from the tropics, usually Fiji.

It's believed the ones from the tropics coincide their migration with the humpback whales that come up from Antarctica.  One in five whale calves don't survive, probably providing two tonnes of protein at a time for the great whites. 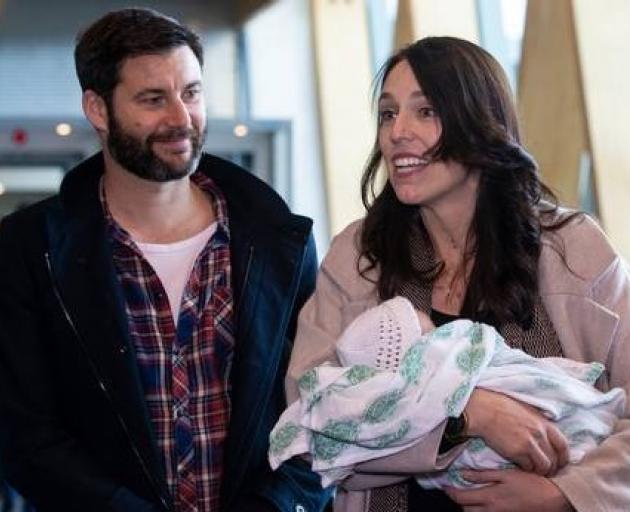 Clarke Gayford with his fiance, Prime Minister Jacinda Ardern, and their daughter Neve. Photo: NZ Herald/file
Sharks use all their senses to track things down, so during the filming the crew used an underwater speaker to play the sounds of bottlenose dolphins.

This led to "an eerie moment", after Clarke had been lowered to the ocean floor in a cage with Kina Scollay who was in a separate cage. The sharks circled out of vision, dropped down and then used a rocky outcrop to hide themselves and stalked his companion.

"I was in a prime position to watch this shark physically stalking him across the bottom of the ocean and it sent a real chill up my spine because it made you realise that's how they hunt seals, it's how they hunt dolphins so perhaps that scattering effect was them clearing out, dropping down and trying to make more of a stealth approach."

It was like a form of hide and seek in the ocean, he says.

In another scary incident that features in the film, two great whites circled Scollay  in his cage and one shark that had been calm suddenly decided it had had enough, went in to investigate, hit the side of his cage, ripped the airbags out and "roughed the cage over".

"It was a very dramatic moment in the water watching it ...it happened so fast."

In another scene an angry shark tries to snatch a huge buller's albatross from the surface of the water.

"The bird was all right - it got out of the way in the nick of time but makos are known for taking birds off the surface."

Clarke says the increased number of shark fatalities in Australia this year may be due to an increase in humpback whale numbers in their waters. Hervey Bay in Queensland is full of humpbacks under two years old at certain times of the year and the sharks' feeding habits may have changed. Instead of staying mainly in the deep waters they are spending more time closer to the coast to take advantage of feeding on the young whales. 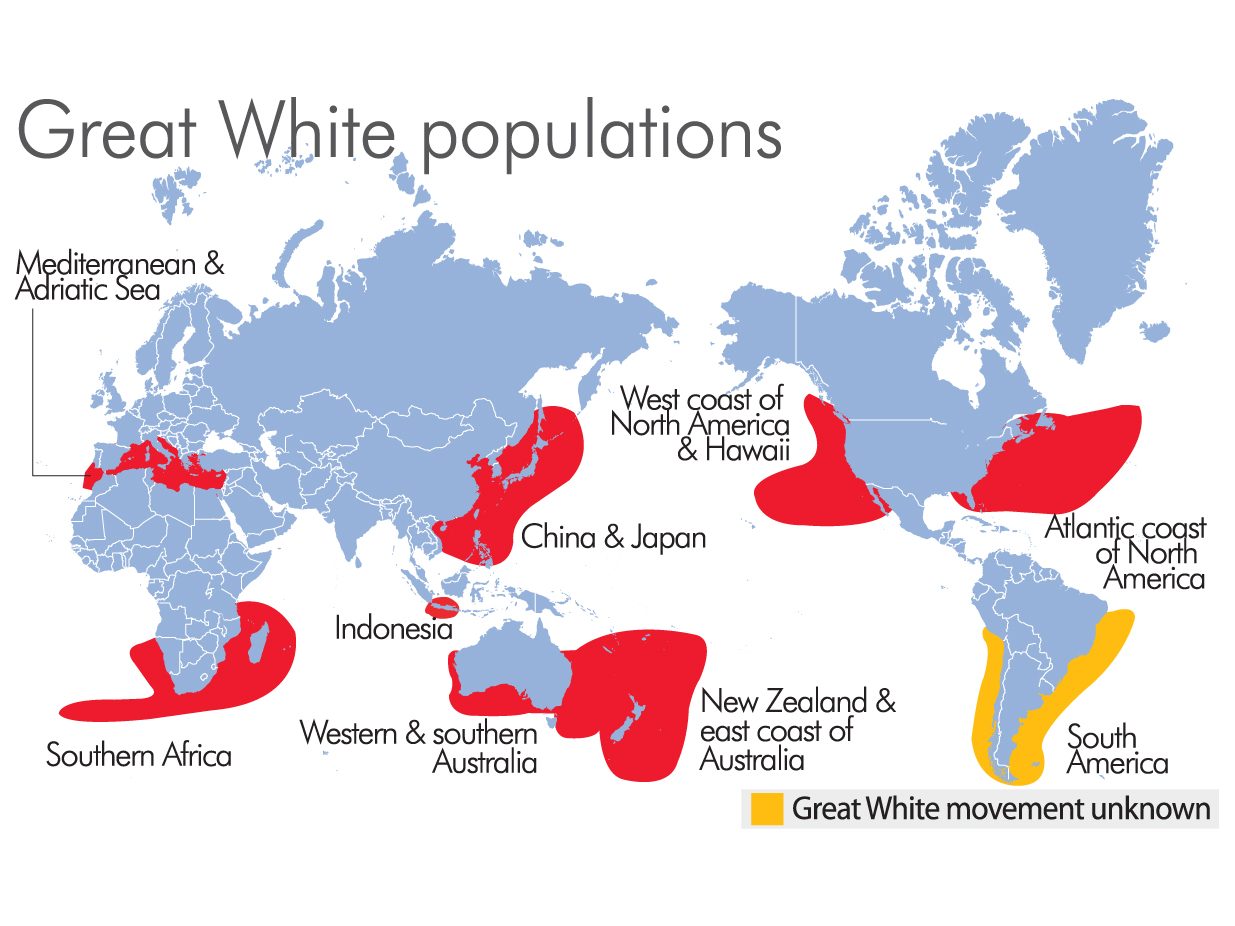 For New Zealand "they're definitely there, they are around, but I would hate for that to put anyone off doing anything in the ocean. As a spear fisher I go and put myself in the sharks' grounds regularly and it's all about what type of sharks.

"I deal with lots of sharks, like bronze whalers and makos, occasionally seven-gillers if I'm down south but I've never ever seen a great white [apart from his Stewart Island experience] - touch wood."

Great whites have evolved over the years and are "super long-lived being apex predators" which is why they are so vulnerable, he says.

"I don't think they breed until about 33 years of age so they have to survive 33 years of getting to that stage before they can even help their population's chances."