There are nine new Covid-19 cases to report today, all of which are in Auckland.

All but one of yesterday's 15 cases had now been epidemiologically linked to the outbreak. When they were announced yesterday there were three unlinked cases.

The total cases in the outbreak has now reached 1031 with 902 now recovered. Thirteen people are in hospital and three are in ICU.

There have been 1725 tests taken in Clover Park with nearly 21 per cent of the suburb's population now having been tested since September 1.

McElnay still encouraged people from the suburb to come forward for testing.

People wishing to travel from a level 2 area into a level 3 area can do so without a Covid test under two circumstances, McElnay said - travelling into the level 3 area and staying there or going to a medical appointment or vaccination appointment.

These people would have to provide evidence of their appointment.

There had been more than 1000 tests in the Upper Hauraki since Monday with all returning negative results apart from those in the original household.

Robertson said Upper Hauraki can now move to alert level 2 along with the rest of New Zealand apart from Auckland.

"The hard work, especially that of Auckland is paying off...but the job is not done," Robertson said.

Robertson said he did not think there is widespread transmission in Auckland.

"We do think we are getting on top of it," he said in response to the country reaching single-digit new cases.

There have also been no unexpected detections in wastewater.

Robertson said permitted travel across the alert level 3 boundary out of Auckland to the rest of New Zealand was the same as under level 4. That was because health teams still advised caution.

Freight and primary goods were allowed to be transported but appropriate business documentation was allowed, he said.

However, Robertson acknowledged his team would look at the rules.

That was due to people needing to travel out of Auckland to complete house sales, care for loved ones or start new jobs.

His team would look at the rules on Monday in a bid to provide more exemptions to those needing them.

Robertson said he didn't think there is widespread transmission in Auckland.

"We do think we are getting on top of it," he said in response to the country reaching single-digit new cases.

'Stick to the rules'

Robertson urged Aucklanders to stay the course and warned case numbers could still bounce up and down.

"But I think what this trend is showing is the measures we have taken are working," he said.

But it did require people to stick to the rules.

McElnay said the fact Mt Wellington had been added as a suburb of interest was due to health advice. Anyone in that suburb or Clover Park or any of the other suburbs of interest are urged to go out and get tested whether they are symptomatic or not, Robertson said.

McElnay said the extra testing in those suburbs had found new cases.he said it was one previously unknown case in Clover Park that had been picked up by surveillance testing.

Robertson said one or two cases had come through of mingling between households where breaches of the rules have taken place - but once people are aware of positive cases they are being very helpful in following the rules.

McElnay said health teams are waiting for new studies to show how much the Pfizer vaccine can reduce Delta transmission. But the studies were clear that it reduces the chances of people becoming seriously ill or dying from the virus.

The update comes a day after modeller Shaun Hendy delivered a nightmarish scenario suggesting just under 7,000 people would die even if vaccine coverage hit 80 per cent of people over 5.

That model however suggested a lower level of vaccine efficacy than appears to be the case.

Friday is Auckland's third day under alert level 3 restrictions. So far, there has been no dramatic uptick in cases although this would not be clear for some days.

On Thursday, Prime Minister Jacinda Ardern repeated her plea for people to get vaccinated to avoid Hendy's nightmare scenario.

Ardern said a high vaccination rate would be a "golden ticket" for New Zealand and make level 4 lockdowns a thing of the past.

"Here is our chance to lead the world again," she said.

"Get vaccinated. It's the reason we should all feel hopeful," Ardern said.

Meanwhile debate raged over the accuracy of Hendy's models.

"You can't fight fear with fear," he told RNZ. "If people are reluctant to get vaccinated we need to encourage them, we need to kind of explain, we need to build a narrative where they feel they're part of a process. If we scare them it doesn't work."

The Government is also expected to respond to concerns that a number of unlinked cases continue to appear in the community.

Rach unlinked case suggesting a potential undetected chain of transmission, and present a barrier to further loosening of alert level restrictions in Auckland.

Ardern has challenged Aucklanders to achieve a 90 per cent vaccination rate by the time Auckland's alert level is reviewed in a fortnight. 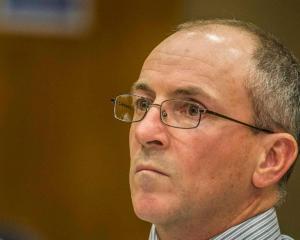 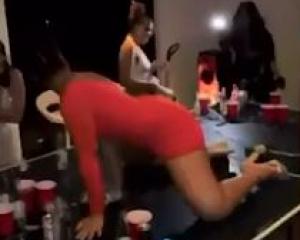 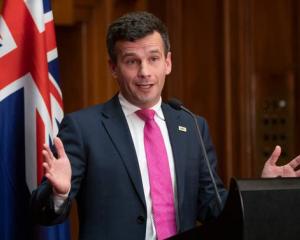