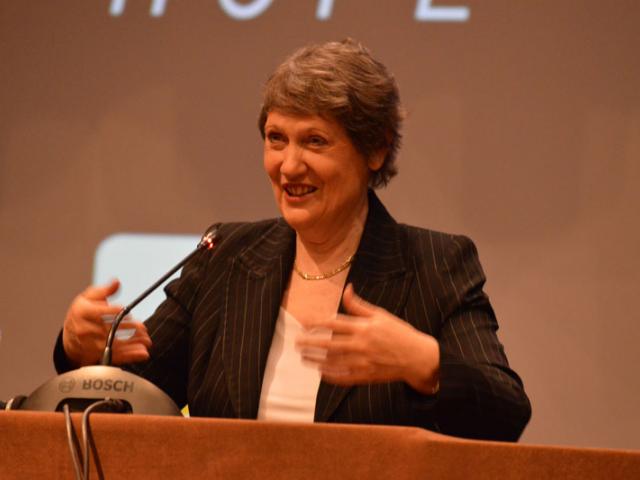 Each outlines the reasons why they'll vote for change. Clark isn't a supporter of cannabis itself but says keeping it illegal and unregulated only adds to harm and wastes resources; Elder likes that a regulated system would control the drug's potency and quality.

The Drug Foundation is a charity that's mostly government funded. Its director, Ross Bell, said encouraging the public to vote a certain way in the referendum "has put us in territory we have never been before".

"We have always advocated for policy changes and law changes, but this is the first time that we've done something so political. It is quite a brave decision - my board had to ponder that."

He was clear that no government money would be spent on the campaign. Rather, the organisation had been fundraising to pay for it.

The messages - on TV, online, social media and onourterms.org.nz - were aimed at the roughly 15-20 per cent of the public who are undecided on the issue, he said.

"The Government hasn't really stepped up an information campaign yet - although we know that they are planning to - and so there has been a vacuum for a long time, where no one has been talking to undecided voters about what exactly it is they are voting for.

"A big part of our campaign is to start filling that information gap."

Two referendums - on cannabis and euthanasia - will take place at the same time as the general election on September 19.

The referendum on legislation to legalise personal use of cannabis is not officially binding, but both the coalition Government and National Party have said they will honour what the majority votes for.

The Cannabis Legislation and Control Bill would make it legal to use or grow cannabis for recreational purposes. The production, supply and use of cannabis would be regulated by a new government-controlled authority.

Cannabis would be sold only in licensed, physical stores. There would be a total ban on marketing, advertising and promoting cannabis products.

The drug's potency would be restricted and stated on a product's label. Products would have to be sold in plain packaging and have health warnings.

Bell said the campaign aimed to educate people about these controls, which are stricter than those for alcohol and tobacco, but also to emphasise that money raised from a cannabis tax would be reinvested in drug education and treatment.

"Police time will be freed up to focus on serious crime, and there will be better access for people who use cannabis for medical treatment."

As many as 590,000 New Zealanders used cannabis in the past 12 months. The main concern from opponents is that legalisation will make cannabis even more accepted and available in this country, and that could lead to an increase in consumption and cannabis-related harm including mental and respiratory illness, impaired cognition and increased road accidents.

The Helen Clark Foundation, a policy think tank based at the Auckland University of Technology, has previously outlined the case for voting yes in the referendum, saying "the status quo is unacceptable".