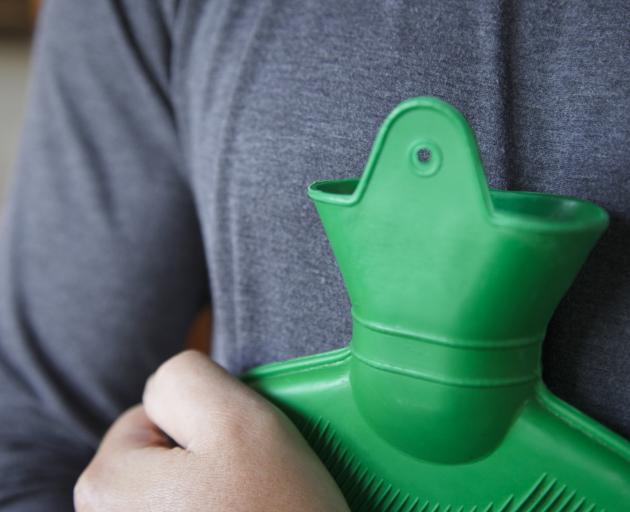 Photo: Getty Images
More than $850,000 has been spent on hot water bottle and electric blanket injury claims in the past five years.

Figures from ACC show more than $270,000 has been paid out this year - with the majority going towards hot water bottles.

On average over the past five years, it has received around 900 claims each year for hot water bottles alone.

ACC injury programme leader James Whitaker said people should ensure their hottie has a safety stamp that looks like a daisy.

They should also consider using a funnel to fill it - and check it is not too hot before passing it to a child or vulnerable person, he said.

"A number of the injuries that we get are burns, naturally, and those are all preventable."

Erin Majurey would normally fill a hot water bottle for herself and her 11-year-old daughter and they would hop into her bed for a cuddle at night.

But on the night in question, a month ago, her daughter had brought her the hot water bottle then gone off to get her own.

With her leg across the hot water bottle, Majurey went to stand up, then felt the bottle burst underneath her.

"It was the most excruciating pain that I've every felt in my entire life, the pain was horrific," she said.

She suffered second-degree burns on her lower back, left buttock and leg, and on parts of her right thigh.

"People should keep on using them but should use them safely."

To ensure an electric blanket was safe to use, people should lay them flat on a bed to check for hot spots, he said.

"You can check that there are no hot spots on the blanket that indicate that a coil has been kinked or damaged.

"Also to prevent injuries and fires, turn it off when you jump into bed and that way you won't go to sleep with it on."

Kiwis were more likely to get hurt in their own home than anywhere else, Whitaker said.

"Hot water bottles and electric blankets are just a couple of the hazards, there are many others.

"In winter we see a lot more slips and things like that. If people think about the risks involved in what they're doing and do things a safe way, they'll avoid injuries."