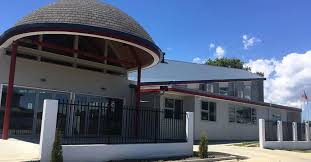 A usual Sunday service at the church usually saw up to 300 people attend. Photo: Facebook
Up to 300 people who attended church on Sunday have been urged to get tested for Covid-19 urgently after a family at the congregation tested positive.

The youngster is a pupil at the Taeaofou i Puaseisei Preschool on Winthrop Way, in Māngere East, which is on the church grounds. Many of the church's youngest members attend the preschool also.

Reverend Victor Pouesi said the church was rallying to support the family involved after several members - including the preschooler's parents and at least one other child in the family had tested positive to Covid-19.