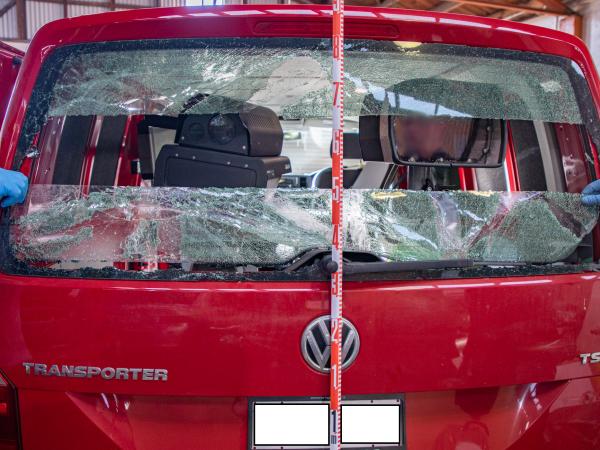 The attacker smashed the back window of the van. Photo: supplied/NZ Police
Police investigating a serious assault on a speed camera operator in Invercargill want the public to watch a TV programme tonight in hopes of identifying the attacker.

The incident happened on the evening of Friday, April 29 while the man was on duty in Dee St.

Police say the back window of the van the man was in was smashed, and the offender reached inside with a waratah (heavy steel post) and struck him in the lower back.

The victim was treated in hospital as the sharp end of the post pierced his skin, causing soft-tissue injuries. 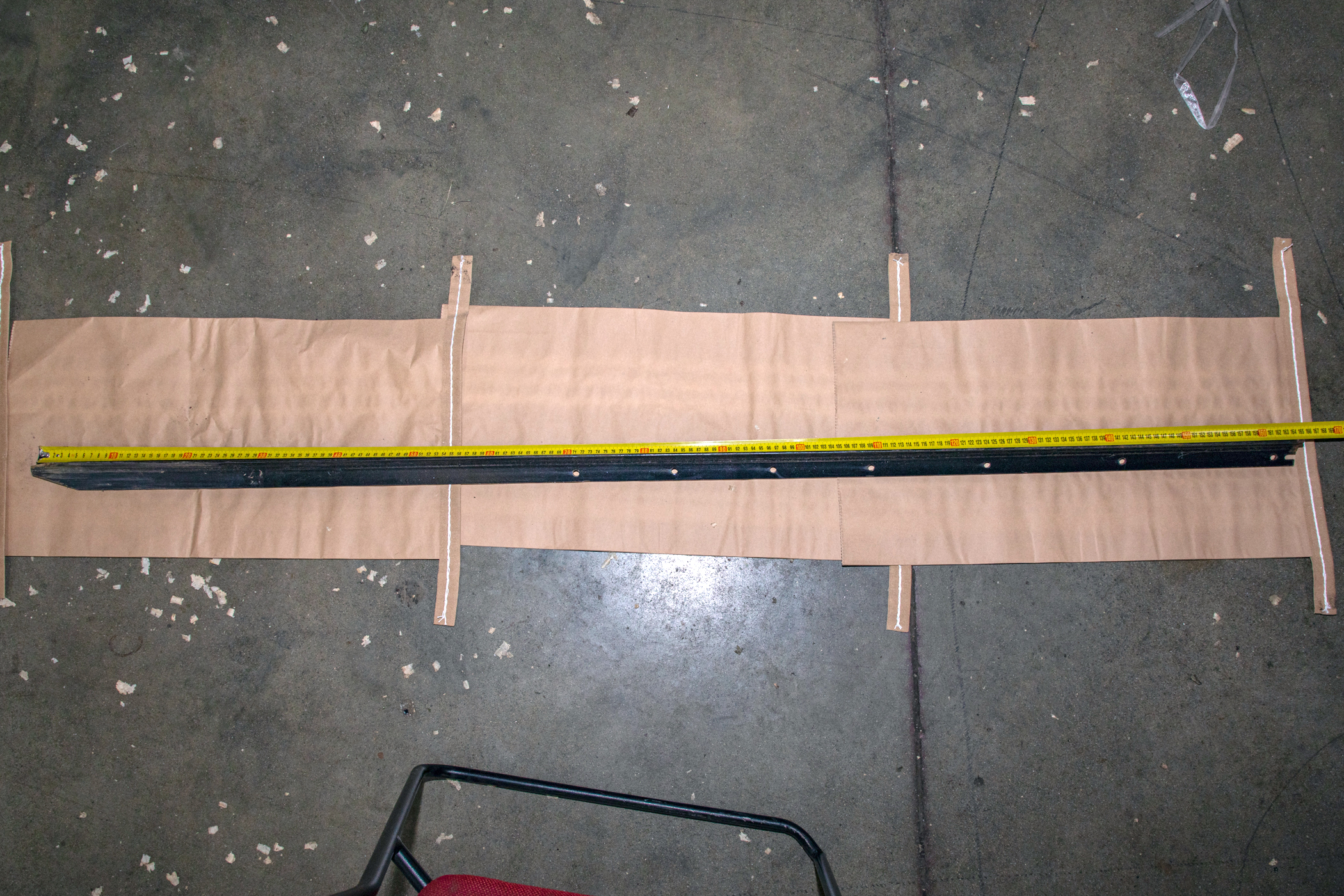 A waratah (heavy steel post) was used to hit the victim, police say. Photo: supplied/ NZ Police
Police said today they were hoping to identify a person seen riding a motorcycle in CCTV footage through central Invercargill before the assault, as the investigation to date had determined the offender was wearing a motorcycle helmet.

“This was an unprovoked, serious assault using a weapon on a member of the public doing their job helping keep our roads safe, Detective Senior Sergeant Mark McCloy said.

“We’re hoping members of the community can help us with information which will track down the person responsible, as police want to hold them to account.”

"And if you have any information to share, please get in touch."