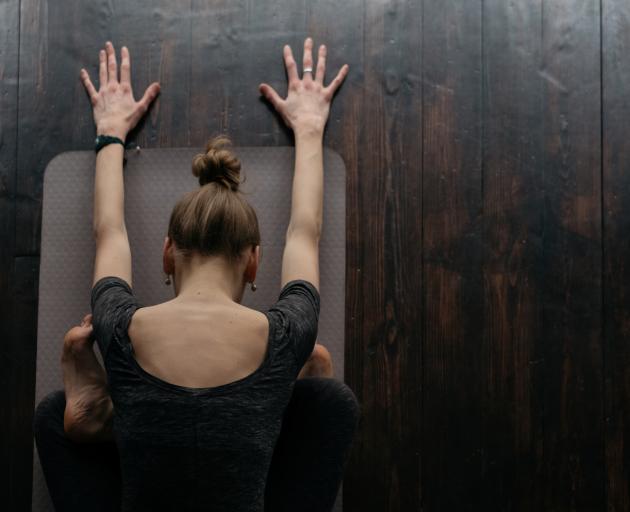 Group yoga classes have been pulled at the Grand Millennium Hotel for those in managed isolation. Photo: Getty Images/File
A woman in managed isolation was left in tears for days when yoga group sessions in her hotel were canned without warning over sweat infection fears.

The 56-year-old, who is spending her fortnight holed up at the Grand Millennium Hotel in downtown Auckland, said she was upset to discover the daily guided yoga workouts she was enjoying - and needed - were suddenly stopped on questionable grounds.

"I cried for the first couple of days," said the health professional, who was returning to New Zealand after completing a short-term contract in Australia.

Things only improved after she had a personal online consolation with a healer.

"It was great," she said. "It made a lot of difference. We need things like that in managed isolation."

The woman, who does not want to be identified after she was subject to trolling on social media, said the decision to pull the classes was shortsighted, with the mental health of those in isolation at stake.

Up until Sunday, group yoga classes were available for those spending their mandatory fortnight at the Millennium. All sessions, which were held in the hotel's ballroom, observed social distancing, with mats spread across the floor and attendance numbers capped.

"Then all of a sudden I got a notice on my food bag telling me it's been banned," she said.

"I said, 'Why have you banned it? The gym is closed, exercise is limited, fresh air and sunshine is limited. This is ridiculous'. Someone said it was because those doing yoga sweated."

As a nurse familiar with Covid-related personal protection measures she was astounded at the rationale.

"It's like you're in prison. I'm sure prisoners get more sunshine than we do here."

The woman said she had since used her yoga mat and an app and exercised in her room but this didn't satisfy a need for social connection.

As a fitness and wellness buff who practised mindfulness and took care of her health, she said one of her biggest concerns was the limited area to get exercise and fresh air.

"I was walking up to 10km a day training for Nepal. For me to be stuck indoors is doing my head in. We only have a small area out the front which is outdoors and covered for exercise. It's very limited."

She said the lack of fresh air and exercise was impacting the wellbeing of people waiting out the fortnight isolation period.

"The Ministry of Health are denying us our basic human rights to allow people to have fresh air and sunshine and allow them to exercise.

"It goes a long way to improving people's health when they're locked inside and not allowed out.

"When the gym is closed and people are locked inside it's a way of making people sick. I just don't get it."

She said she had spoken to the Ministry of Health about the inability to exercise.

She felt the majority of Kiwis returning to New Zealand were being penalised for the few rule-breakers. It was also luck of the draw where you ended up staying, as to how much exercise space was available.

The All-of-Government Covid response team has been approached for comment.