Prime Minister Jacinda Ardern is playing up the "huge economic" opportunities that exist in Southland and has hinted the aluminium smelter at Tiwai Point could stay open longer than previously announced.

After meeting with Southland mayors about the next steps she said they had "committed to working together" after  the shock closure of Tiwai smelter last week with the result or 2600 jobs losses.

The Government was also working on opportunities for Southland, which could include projects like aquaculture and data centres, bit the Tiwai announcement meant this work would be sped up.

​There would be a transition period, but she hinted that this could be longer than the 12 months previously indicated by the smelter.

That would depend on the outcome of negotiations between Rio Tinto and Meridian Energy.

She was determined for there to be "high wage and high skilled jobs" in Southland. 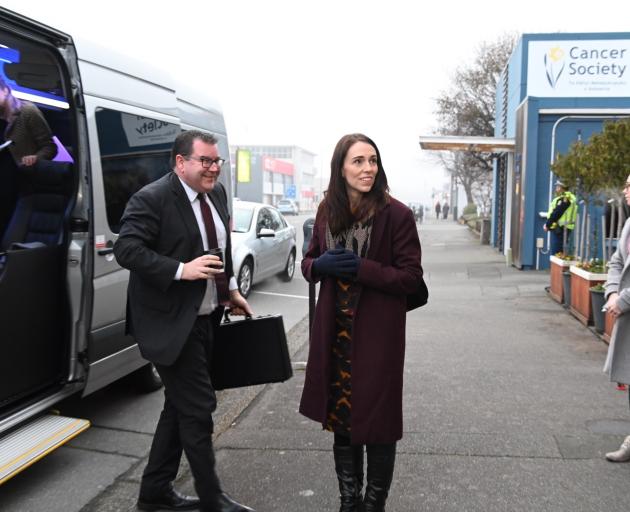 Ms Ardern did not talk to media on the way in. However, Mr Jones said it was "good news for Southland."

Yesterday, he announced funding totalling nearly $50 million for the region.

Asked what he hoped to get from meeting with Ms Ardern and Government ministers today, Invercargill mayor Sir Tim Shadbolt said: "Let’s hope we get some concrete reality to the mix."

She wanted a guarantee of support from Ms Ardern and he still held out hope Tiwai could be saved.

He said he heard from Tiwai general manager Stew Hamilton it had a "slither" of a chance the smelter could be keptopen.