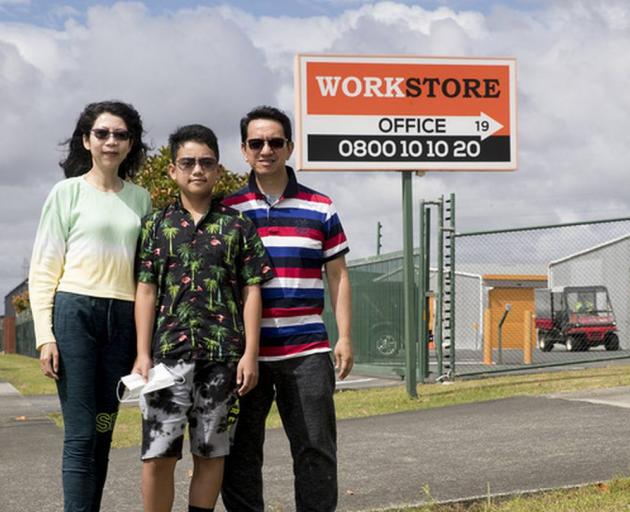 Sara Law, Justin Lai and Donny Lai is angry that Workstore had sold off belongings they had in storage because of a glitch in payment. Photo: NZ Herald
A migrant family who returned to New Zealand after three years in Hong Kong found belongings they had put in storage - including "priceless personal treasures" - had been sold off by the storage company.

Donny Lai, 54, a former university lecturer from Hong Kong, said their return to New Zealand was delayed because they couldn't get MIQ spots and he was unaware of a glitch in an automated payment system to the storage company Workstore.

After being in arrears of $480, which was the fee for three months, items from the family's storage were sold off on Trade Me for $320.

Lai first moved to Auckland in 2015 with his wife Sara and son Justin, but the family returned to Hong Kong three years later because he couldn't find skilled employment here.

"We put everything in storage because we had every intention to return to New Zealand when we left," Lai said.

"But our return was delayed because we had to wait months to get into the MIQ draw and got our spots only after trying six times."

Lai said the family was extremely happy when they finally managed to set foot in New Zealand just before Christmas last year, but joy turned into tears when they went to get their things in storage. 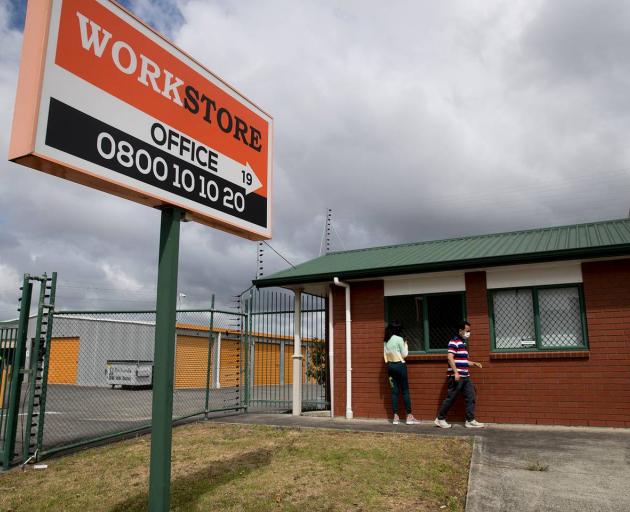 Donny Lai and his wife Sera Law said their items sold off by Workstore were "priceless". Photo: NZ Herald
"I was just shocked, I didn't know how to react. My wife and son cried because they lost everything, from my wife's awards, professional certificates to my son's toys and things he had since he was a baby," Lai said.

Lai said many of the "life-long treasures" were "priceless" and could never be replaced.

"We have used the Workstore for over three years since May 2018 and the storage amount was $160, which we used our credit card's auto pay to make payments months," Lai said.

"The credit card expired so we changed to an online transfer, but there was a glitch. No one was at the Workstore because of the lockdown so we were not told that we missed three months' payment."

He said the feeling of the company breaking into their storage to sell the items without the family's consent felt like "a thief breaking into my house and taking away my items".

"Even worse, the manager said that she sold the items without any records, so we don't know what is gone," Lai said. 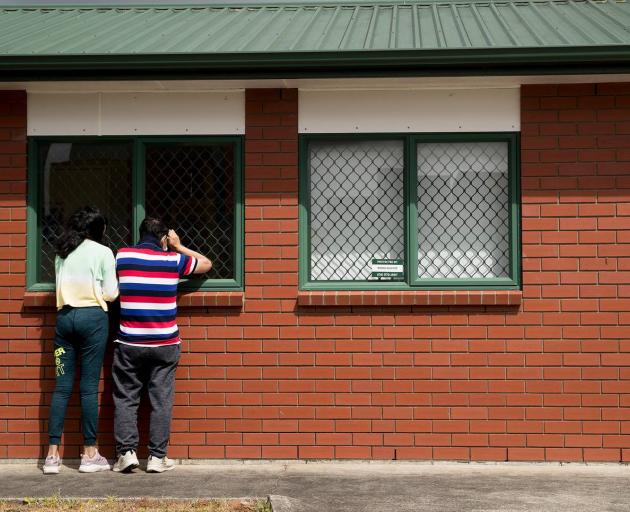 Donny Lai and his wife Sera Law outside the Workstore in East Tamaki. Photo: NZ Herald
Lai said they rushed to Workstore after finishing MIQ on January 10 and were told by the store manager that they had kept only four small boxes of items containing family and wedding photos.

"To add insult to injury, the manager requested us to pay an outstanding bill of $110 to get those four boxes," he said.

Among the items Lai claimed the company had sold included trophies, awards, a Sony LED TV, camping equipment, wedding gifts including crystals and boxes of Lego and toys his son had since he was an infant.

"It's totally ridiculous, who would be so stupid to pay $160 per month for three years if these items were truly just valued at $320," he said.

Lai said he tried to make a police report but was told by the police that it was not a criminal case and advised them to go to the Citizens' Advice Bureau instead.

"We have followed those procedures in dealing with this client," she said.

Claasen said Workstore was in the process of seeking legal advice.