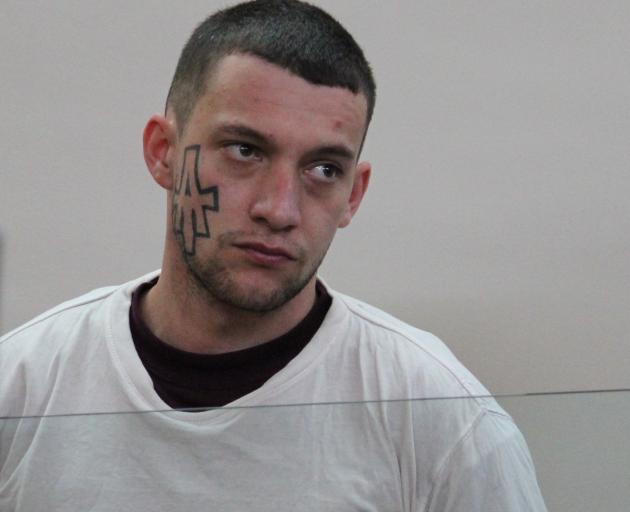 Hori Gemmell was jailed for three years in August last year. ODT files
A police chase and subsequent manhunt in Gore could have been prevented if an officer had not left keys in the ignition of a patrol vehicle, an independent report says.

Findings from the Independent Police Conduct Authority, which show the officer did not breach any police regulations, have been released this morning.

The chase was sparked after Gemmell drove past two officers in a car that was missing its front grill and number plate. Officers caught up with him when he stopped in a residential street.

A media statement said two officers chased him after he ‘‘reversed’’ and rammed"  the front of the police car before getting out and running into a residential property.

IPCA chair Judge Colin Doherty said  the officer was focused on apprehending the offender in a ‘‘fast-moving situation.’’

‘‘He inadvertently forgot to remove his keys from the patrol car, which unfortunately enabled the man to steal the car and the pistols locked in it."

One of the pistols was recovered at the time of his arrest, and the other was located three months later.

At the time of the incident, there was no specific policy requiring officers to remove ignition keys when leaving a police car unoccupied.

However, Judge Doherty confirmed that, since this incident, police have identified actions to undertake to minimise the chance of offenders gaining access to police vehicles and firearms.

Southern District Commander Superintendent Paul Basham acknowledged the report and stressed his that the officer, known as officer A, did not  breach police policy by leaving the keys in the car’s ignition.

‘‘Police accepts that Officer A's actions enabled the offender to steal both the vehicle and the firearm.

“This was an unexpected and fast moving situation however changes have since been made, at both the district and national level, to help ensure this type of incident is never repeated.”

A national instruction now requires officers to remove keys from an unoccupied vehicle, and a training package on vehicle security is being developed for all frontline staff.

Southern District Police have undertook a review of its practices and made improvements to the manual handling of car and gun safe keys.

The IPCA also found the use of a Taser during the incident was reasonable under the circumstances.

In March this year, Judge Bernadette Farnan jailed Gemmell for three years and one month when he appeared at the Invercargil District Court.