New Zealand firefighters paid tribute first responders who lost their lives in the attacks on September 11, 2001, by performing an emotional and spine-tingling haka at the bottom of the Sky Tower.

Dressed in uniform and the American and New Zealand flags flying in the background, the Kiwi firefighters performed a traditional haka, stunning onlookers.

The names of the 343 New York Fire Department staff who died on 9/11, and the 59 New Zealand firefighters who have died on the job since 1872, were read out at the beginning of the event, followed by a prayer. 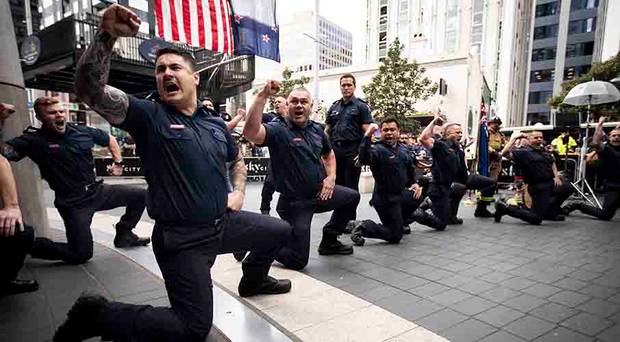 Each firefighter also carried a special tag of an individual firefighter lost in the line of duty, dedicating their climb to the memory of every person. 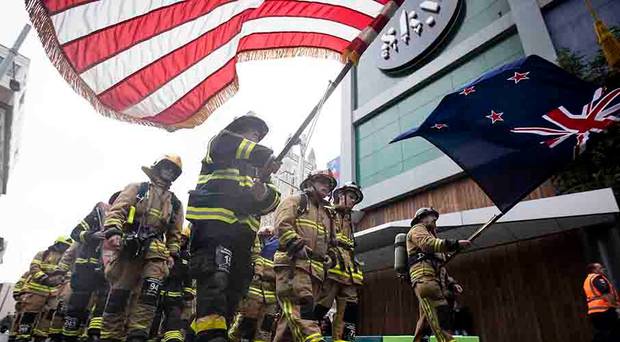 200 firefighters take part in a service and climbing of the Sky Tower in memory of the September 11 World Trade Centre attacks. Photo: NZ Herald

Americans who saw the haka and tribute have been blown away by the support shown by New Zealanders and our firefighters.

"In tears watching this, so powerful. Why can't we go back to this type of love and support to one another? We are all in this together. We are all human," one American said.

Another wrote: "Thank you New Zealand firefighters! Very humbling and grateful for your tribute and to see our flags side by side."

A former US Army Paratrooper also weighed in, thanking New Zealand for our love and support.

"Thank you New Zealand for understanding the pain our country has gone through, it means a lot to me and my fellow first responders," John Messing said.