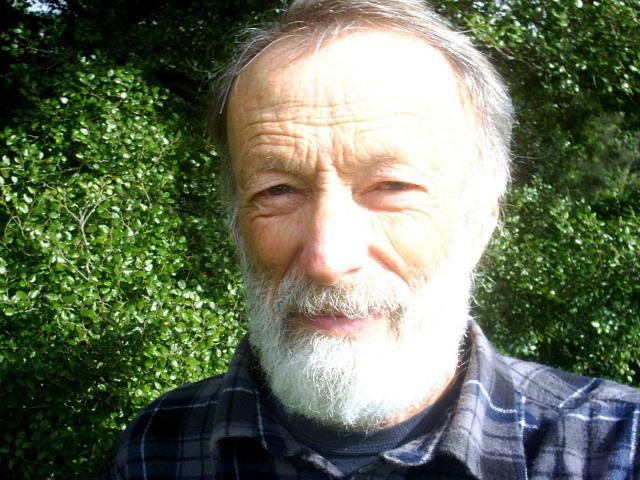 In fact, he is so firm in his belief that he's taken the New Zealand Transport Agency to court, where he's cited a thousand-year-old piece of papyrus, containing a portion of the Bible's New Testament written in Ancient Greek, as evidence of religious discrimination.

His primary argument centred around the fact he should be able to hold a valid New Zealand driver's licence without needing a photo of himself, his signature or a barcode on it.

In his submissions to the tribunal in September 2020, Butcher cited aspects of the Bill of Rights Act concerning freedom of thought, conscience, religion and belief, including the right to adopt and to hold opinions without interference.

He also claimed there is no compelling road safety benefit to having photo identification and that foreign drivers visiting New Zealand didn't need to have a photo on their temporary licences.

However, at the core of his religious objection was his understanding of a specific instruction in the Book of Revelation which reads: "This calls for wisdom: let anyone with understanding calculate the number of the beast, for it is the number of a person. Its number is six hundred and sixty-six."

Butcher argued that the way a computer digitises photographs, signatures and barcodes on a driver's licence into binary code creates a pattern that can be added together to make 666, aka "the mark of the beast".

Butcher's reading of the passage is based on a remnant of Papyrus 115 held at the Oxford Ashmolean Museum in the United Kingdom which contains an excerpt of the New Testament written in Ancient Greek.

Butcher reads "XIC" on the piece of papyrus as Roman rather than Greek numbers.

He also then adds or tallies the numbers to reach 3 (1+0+1+1+0+0), rather than subtracting them as he believes this is consistent with the instruction in the Book of Revelation. The number three he believes is the identity of the Anti-Christ.

The tribunal called in Professor Paul Trebilco, a religious studies expert at the University of Otago who specialises in the Book of Revelation, to give evidence.

Trebilco said there was some historical discrepancy about whether the mark of the beast was "666" or "616" due to the errors in copying the New Testament down over hundreds of years.

However, he said Butcher's reading of the papyrus text as Roman numbers didn't make sense as they were written in Greek.

He went on to point out that even if the letters were read as Roman numerals they were not in the correct order to signify either "666" or "616."

Professor Trebilco described Butcher's interpretation as "unique" and the presuppositions behind his views as "idiosyncratic". 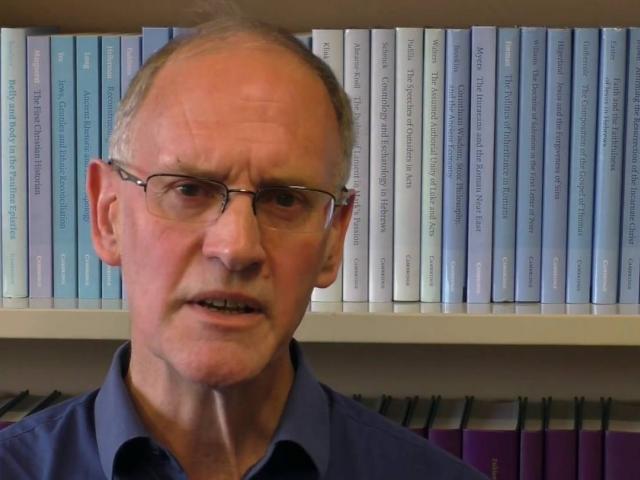 Also called to give evidence were representatives of Waka Kotahi NZTA and the New Zealand Police.

Inspector Peter McKennie, manager of operations for the National Police Centre, said prior to the introduction of photo driver licences it was relatively easy for a person to convince police they were someone else.

He went on to say it was labour-intensive for police to verify that someone was giving false details and investigations might involve going so far as to match police records of scars and tattoos or taking the person to get their fingerprints taken.

He said all this improved with the ready access of driver licence photos at the roadside.

Dan Jenkins, manager of analytics and modelling at the Ministry of Transport, conceded there was no direct link between a person's ability to drive and having their photograph on their driver's licence.

However, it was his evidence that there is a proportion of recidivist offenders who pose a serious risk to themselves or other road users. In his view, more timely and reliable identification of these high-risk drivers would prevent crashes. 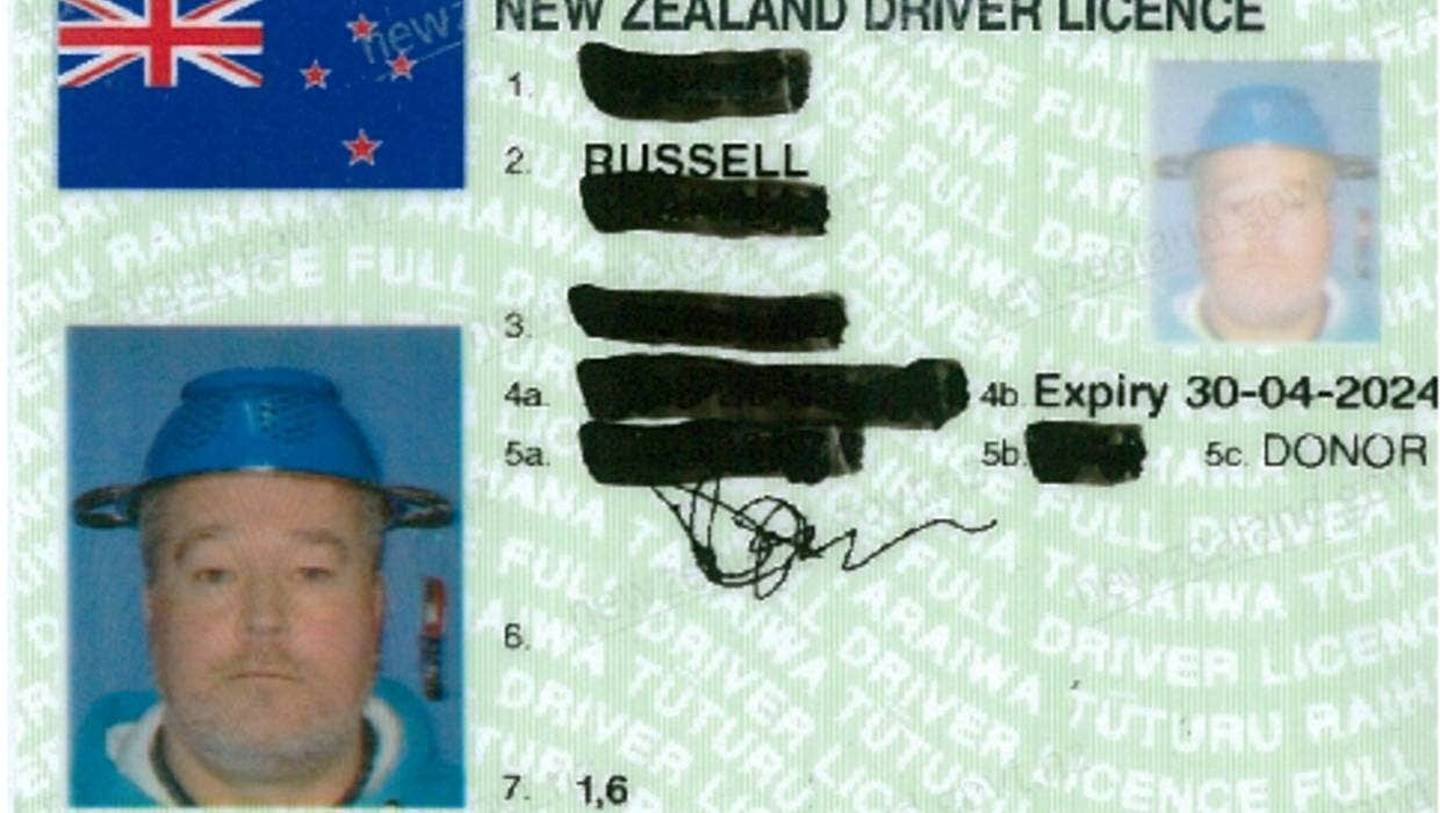 The driver's licence of "Russell" went viral in 2014 as the ordained minister of the Church of the Flying Spaghetti Monster was allowed to wear a pasta strainer for the official identification. Photo: Supplied
In 2014 a photo of a Cantabrian named Russell was circulated around the world after he obtained a New Zealand driver's licence while wearing a pasta strainer on his head.

Russell belonged to the Church of the Flying Spaghetti Monster - a deity that gained popularity on the internet as a way to highlight some of the exemptions that members of other religious groups are afforded.

As for Stephen Butcher, he first got his driver's licence in 1972, which was replaced in 1985 with what was known as a "lifetime" or "synthetic" licence.

However, this was cancelled in 1999 and replaced with the format we have today - which contains a photograph, barcode, organ donor status and the class of licence or licences held by the driver.

For the last 20 years Butcher has been relying on the discretion of police in rural Masterton and said in evidence that he would appeal to a police officer's oath of allegiance to the Queen, who is also the defender of the faith.

The ability to rely on police discretion ended in 2015 when Butcher's wife was issued with an infringement notice for driving without a licence. The police officer who stopped her demanded she hand over her keys.

Butcher said she was traumatised by the event and further driving by her risks the confiscation of her car.

Ultimately the tribunal found the laws Butcher claims are discriminatory are framed in neutral terms.

"Others who share his objection to the photo driver licence requirements but not his religious belief are treated in exactly the same way."

They said Butcher had failed to establish that he was disadvantaged by having to have a photo on his driver's licence and if it had awarded him this privilege it would need to be offered to others and potentially undermine the integrity of the photo identification system.