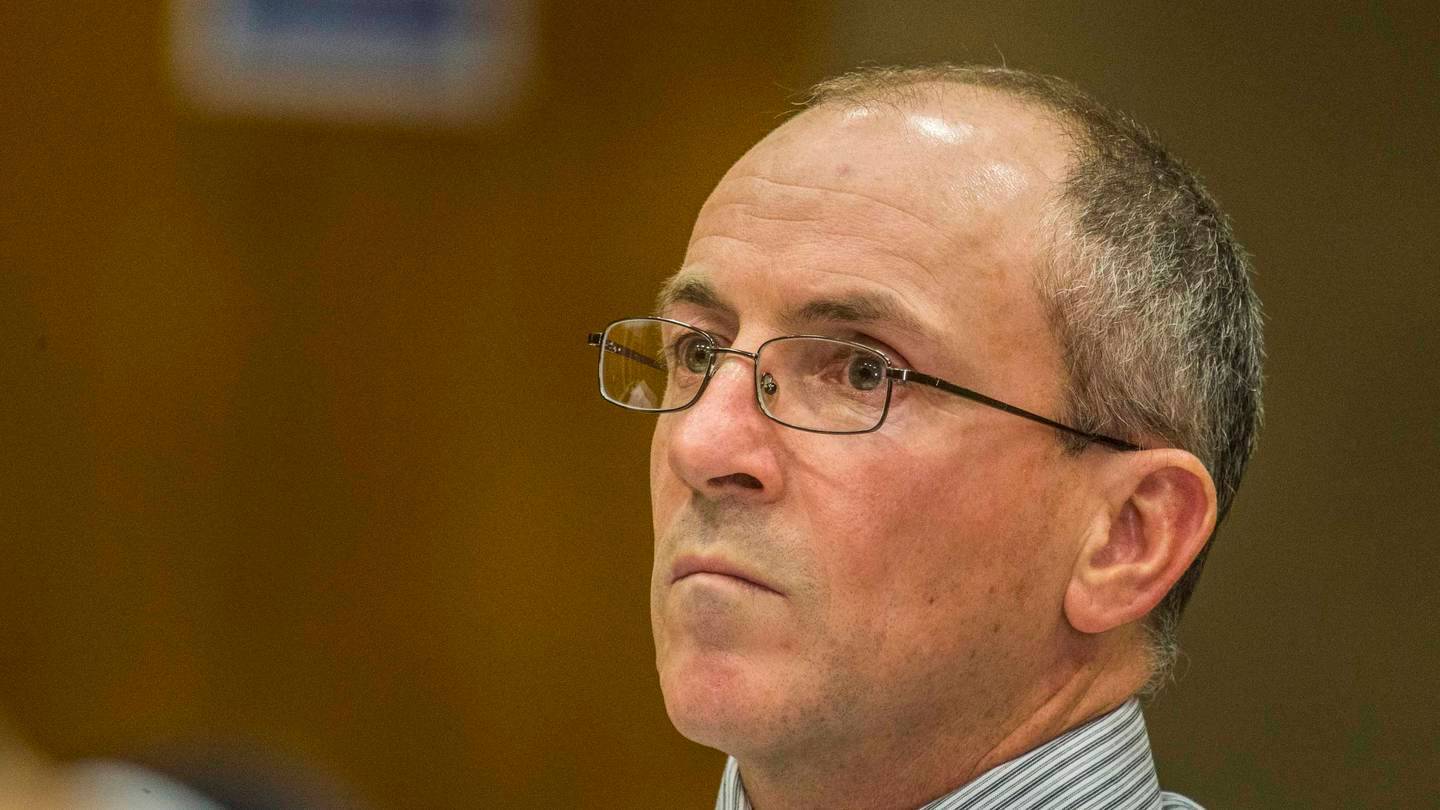 Scott Watson, 49, made his latest attempt at freedom in front of Parole Board at Rolleston Prison, south of Christchurch, this morning.

He will come back before the board next November.

"It's a no to parole, which perhaps won't surprise you," panel convenor Sir Ron Young told Watson today.

"Really the ball's in your court and I hope you can work with Corrections to improve your chances."

Watson appeared in a prison-issue tracksuit flanked by his lawyer Kerry Cook and a prison guard. He had four support people there.

He has spent more than 22 years behind bars after being sentenced to life in prison with a minimum non-parole period of 17 years for the 1998 murders of Olivia Hope, 17, and Ben Smart, 21.

He has always denied killing, or even ever meeting, Hope and Smart after New Year's celebrations in a Marlborough Sounds holiday hideaway.

The friends disappeared after boarding a stranger's yacht early on January 1, 1998 after marking the new year with friends at Furneaux Lodge, a century-old, boat access-only resort in Endeavour Inlet. Their bodies have never been found.

Cook argued that any residual risk Watson posed could be mitigated, as he has a sound address to go to, family support, and would be monitored through GPS tracking. He wouldn't speak to the media for fear of upsetting victims, the board was told.

Watson has had good conduct and behaviour in prison and been working as a lead carpenter, as well as a prison painter - a sought-after job because he can move about the prison.

He also has a partner on the outside, the board was told.

Watson said he had been in a steady relationship for the past 16 years.

But Watson said although he was "willing to do the treatment", he said that the programmes "demand I confess and explain a crime I didn't commit".

"She told me I had to address a murder confession," said Watson, who believed he was not allowed to do a group treatment programme because it required admitting an offence.

One of Watson's support people said officials were working on a false premise that he did the crime.

Young, however, assured them there are other options. He said Watson wasn't unique – plenty of people in prison deny their crimes.

He said he still needs to do the work.

"I don't want you in prison for the rest of your life," the panel convenor said.

He said Watson needs to find a psychologist he felt he could trust.

Another support person told the board: "He's a good human. Obviously he's got a long road ahead."

One of the board conveners asked Watson what's gone on for him over the past four years.

"It's been really good to talk to you," Young said. "I hope you understand what the plan is to get you out safely." 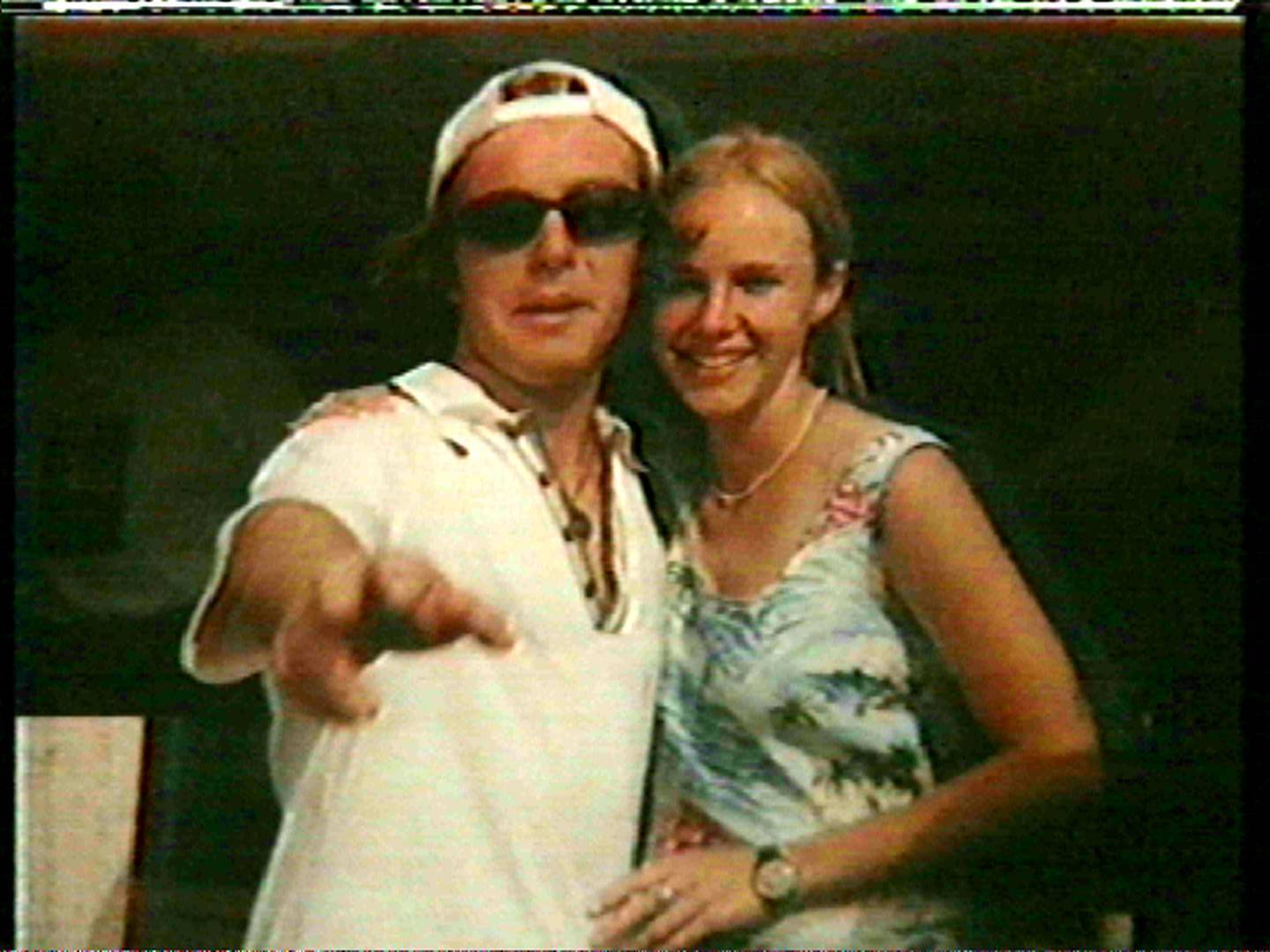 Missing couple Ben Smart and Olivia Hope. Photo: Supplied
Watson was last denied parole in 2016. In its decision, the Parole Board said: "The person who committed these crimes was a cold-blooded killer. His victims must have died in terrible circumstances. Mr Watson has been found to be that man beyond reasonable doubt."

Watson submitted back in 2016 that he did not pose an undue risk to the safety of the community and asked to be released, but the Parole Board found otherwise.

"We are clear that Mr Watson has considerably more work to do before he will no longer pose an undue risk," the board said four years ago.

But Watson and his supporters - the case has long divided public opinion – were given fresh hope in June this year after Justice Minister Andrew Little announced that Governor-General Dame Patsy Reddy had referred his case back to the Court of Appeal for a new hearing.

That was assessed by Kristy McDonald QC and also ultimately declined by Governor-General Sir Jerry Mateparae in July 2013, on the advice of the then-Minister of Justice Judith Collins.