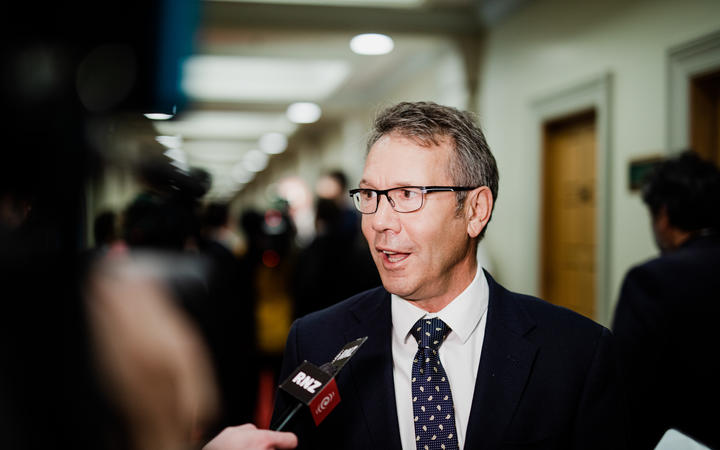 Stuart Smith believes rapid antigen testing should be carried out on all air and ferry passengers heading to the South Island. Photo: RNZ
The MP for the Marlborough region claims lax controls contributed to a Covid-19 case being detected in Blenheim.

The person tested positive after arriving on a flight from Rotorua. It is the first case in the South Island for nearly a year.

National MP for Kaikōura Stuart Smith said it was disappointing.

"Given that lack of care then it's not surprising that it's in the South Island but you know I've been urging people that've got symptoms to get tested and those people that aren't vaccinated to do so as quickly as possible if they so choose."

Smith believes rapid antigen testing should be carried out on all air and ferry passengers heading to the South Island.

"If we'd had a rollout of rapid antigen testing pre-flights and / or coming across [on] the ferry into the South Island put in place by now that would've gone some way to protect the South Island."

The Ministry of Health says the case flew from Rotorua to Blenheim on Thursday and it is believed they are connected to the Te Awamutu case.

Marlborough Mayor John Leggett said that the region is well-prepared to tackle the case.

He said an outbreak was always a possibility and authorities have been working hard.

Leggett said high vaccination rates are the key to stopping the virus spreading.

In the Nelson Marlborough region, 90 percent of residents have had their first dose of the vaccine and 78 percent are fully immunised.

The Ministry of Health yesterday listed a number of locations of interest in Blenheim in connection with the case including supermarkets, a campground, a hardware store and a bakery.