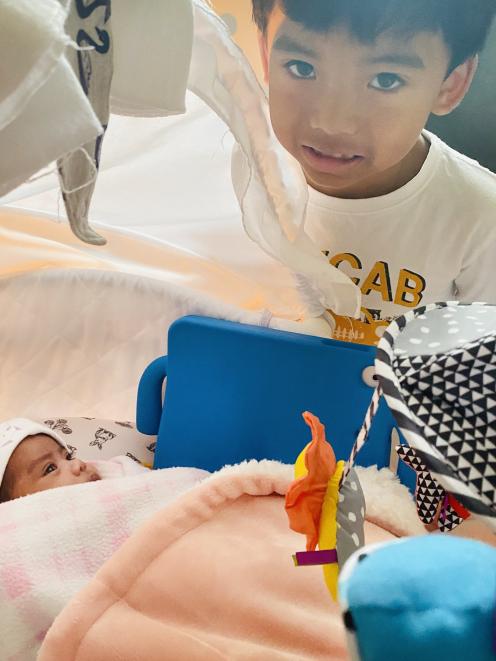 Nio Sevilla with his little sister Estella, who has left Dunedin Hospital’s neonatal intensive care unit. PHOTO: SUPPLIED
A Dunedin nurse who suffered a massive brain bleed while at work has returned to Dunedin to begin her recovery.

And the baby she gave birth to via emergency Caesarean at 32 weeks’ pregnant is at home and doing well.

Her daughter Estella Marie was born after the decision was made to conduct a Caesarean while Mrs Sevilla remained in a coma.

Mrs Sevilla’s husband, fellow nurse Heylon Sevilla, yesterday said his wife was back in Dunedin Hospital in a surgical ward. She was awake, but could not talk yet.

The next step in her recovery was rehabilitation, which she would be starting soon, he said.

As for his "bubba", Estella was at home and doing well.

He wanted to thank everyone who had offered their support, and the staff at Christchurch Hospital.