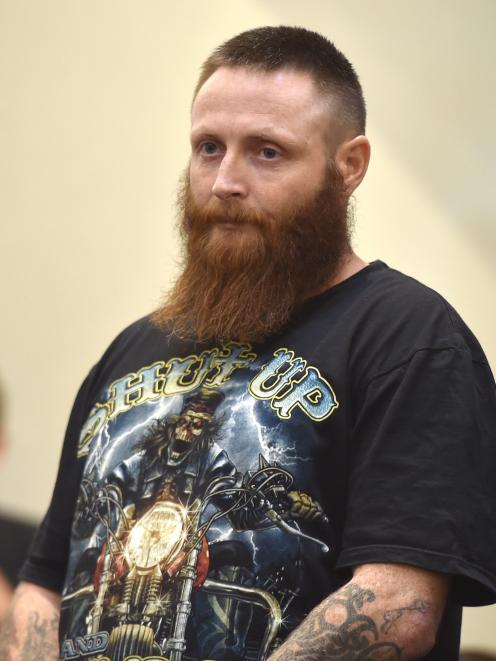 John Kenneth Collins. Photo: Gregor Richardson
A man accused of killing his associate with a cricket bat says the victim came at him wielding a pair of scissors with a “look of evil” on his face.

John Kenneth Collins (39) has been charged with the murder of 45-year-old Brent Andrew Bacon on February 4 in 2019 and is appearing before the High Court at Dunedin.

The defendant took the rare step of opting to give evidence this morning, during which he told the jury of six men and six women he only attacked the victim because he believed his life was in danger.

Collins said Mr Bacon had been paranoid in the lead-up to the incident and then suddenly turned on him.

“Hands clenched, just this look of evil. I've seen him pissed off but not like (this). He just came at me,” the defendant said.

He said he noticed Mr Bacon was holding scissors and swung the bat only to ward him off.

“I thought he was going to stab me.”

It was the first time Collins had mentioned the scissors, something Crown prosecutor Richard Smith picked up on during cross-examination.

Why had it only arisen now, he asked.

Collins, who gave a two-hour police interview a couple of weeks after the incident in which he neglected to mention it, said he had forgotten the detail.

“Are you asking this jury to believe that you're in an interview for murder and you didn't remember that at the time of the incident he had scissors in his hand?” asked Mr Smith.

“I tried to block a lot of it out,” said Collins. 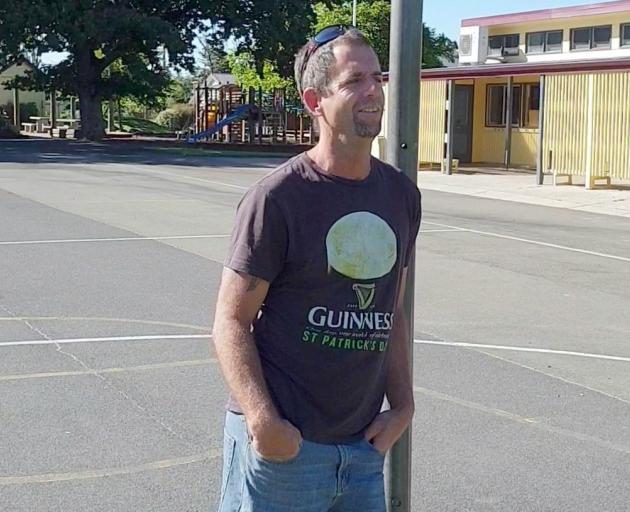 Brent Bacon. Photo: supplied
The defendant said his first blow - “like an axe swing” - knocked the victim to his hands and knees.

Then Collins says he delivered another blow, this time to the side of the head.

“He kind of toppled over to the side, falling onto his back and I just instinctively followed through and hit him a third time,” he said.

Collins said the cricket bat had been propped against a couch as he returned from the kitchen to make a hot drink when Mr Bacon advanced on him.

He accepted Mr Smith's assertion that it was a “remarkable stroke of luck” that the weapon was immediately to hand when he needed.

Under cross-examination, Collins denied he was jealous of Mr Bacon's close relationship with his partner 32-year-old Aleisha Dawson, whom he said was seated on a couch during the violence.

He admitted having earlier threatened to punch the victim, but could not recall the reason why.

Mr Smith said the description of a “look of evil” was an attempt by the defendant to be emotive.

“You're trying to make [Mr Bacon] sound like a monster,” he said.

Medical witnesses gave evidence of breaks to three of the victim's fingers.

Mr Smith suggested that had been because Mr Bacon raised his hands to parry the blows being aimed at his head.

The breaks could have been from him standing on the victim's hands in the aftermath, the defendant suggested.

So how was Mr Bacon's thumbprint found on the cricket bat in his own blood? It may have touched the surface when he was moving the body, Collins explained.

The defendant accepted that the contents of his police statement and his account in court differed significantly.

He put that down to the fact he had been smoking a lot of methamphetamine after the killing.

“You're coming up with a story to fit the evidence. That's what explains all these changes in your story,” said Mr Smith.

The court heard this morning about an incident in June 2018 in which Mr Bacon assaulted his ex-partner, something of which Collins was aware.

However, he confirmed today that the victim was not someone he feared.

The court heard that Collins and Dawson bundled the body into a sleeping back, drove from the Lock St scene at in Mr Bacon's Toyota Emina and dumped his body beside a gravel road 35km north of Dunedin before they continued up the South Island.

The defendant said he did that simply because he “panicked”.

Mr Smith had an alternative theory.

“Anyone who saw his injuries would have known it was murder.”

The couple were found and arrested by police in Rotorua on February 20.

Counsel on both sides will give closing addresses next week.