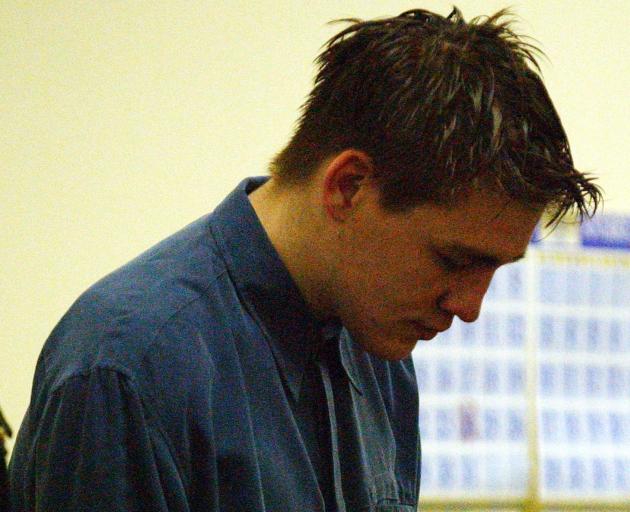 Robert Lyon will be banned from entering the South Island while on parole. PHOTO: ODT FILES
A rapist and murderer has been released from prison after spending 19 years behind bars - half his life.

Robert Stanley Lyon was sentenced to life imprisonment with a minimum of 15 years in 2002 over the murder of Milton woman Jodie Kiri Louise Browne, a 29-year-old wool-handler.

He tried to disguise the killing through arson.

Parole Board chairman Sir Ron Young said the killer no longer presented an undue risk to the safety of the community and would be released to a Palmerston North residence.

Lyon was barred from entering the South Island.

‘‘His work on Release to Work has been very positive.

‘‘He has managed to save significant funds which will help him on his release,’’ Sir Ron said.

Since being jailed, Lyon had completed a specialist sex-offender programme, drug treatment and one-on-one counselling, the board heard.

He had also used the time to further his education. Lyon completed his master’s from his cell and was aiming to do a PhD.

In recent months, he had spent a night at his proposed accommodation and met the supervisor who it was hoped would be guiding him through his tertiary study.

Before his release, Lyon had been employed with Waikeria Prison’s landscaping team, at times working outside the facility.

He ‘‘continued to have good reports’’, Sir Ron said.

• To live at an approved address in Palmerston North.
• To abide by an 8pm-6am curfew for three months.
•  To comply with the tenancy rules at the accommodation.
• Not to enter the South Island.
• To submit to electronic-monitoring as directed.
• To attend assessments and any subsequent treatment as directed.
• Not to possess alcohol or non-prescription drugs.
• Not to contact victims of his offending.
• To disclose to Probation the start of any intimate relationship.
• To obtain written approval from Probation to undertake any employment.
• To attend a monitoring hearing in February next year.