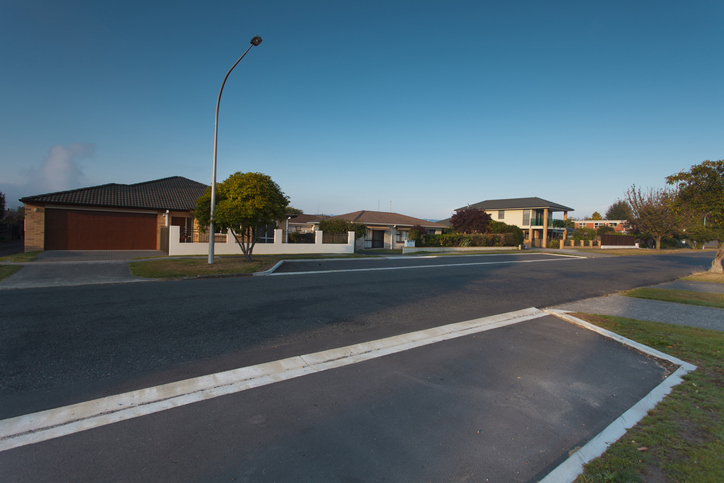 Photo: File / Getty Images
National says if elected it will pass emergency legislation similar to what was used for the Christchurch rebuild to get more houses built and alleviate rising prices.

The emergency legislation would be passed within 100 days to amend the Resource Management Act (RMA) and require councils to permit more housing.

Those measures are part of the party's new housing policy, which it says will "help New Zealanders secure their financial future" by allowing "more renters and social housing tenants to get a foot on the property ladder".

It says it would get more state houses built by putting aside $1 billion from Kāinga Ora's borrowing facility for community housing providers to access.

It will also allow social housing tenants to buy homes through rent-to-own or shared equity schemes.

Party leader Judith Collins says "home ownership is an important part of our social fabric. It helps give people financial security, helps families build roots in their communities and gives parents a valuable asset to pass on to their children".

The emergency legislation would require all councils to immediately open up 30 years of growth for urban development and establish a fast-tracked consenting process.

National housing spokesperson Jacqui Dean says the emergency legislation will "improve housing affordability. It will mean your children will have the same opportunity you had to purchase their own home to raise their own families".

Collins says the long-term solution to getting more houses built is repealing the RMA and replacing it with an Environmental Standards Act and a Planning and Development Act.

The party says its housing policy has been costed at $480 million over five years.

"One of the reasons why we have such horrendous infrastructure problems here in Aotearoa New Zealand is because successive governments - but particularly the National Party - have punted for sprawl rather than for densification."

The Greens also have plans for the RMA - based a report by retired Court of Appeal Judge Tony Randerson QC - which Shaw says will speed up the planning process as well as ensure environmental safeguards.

He says Labour and the Greens have started to "turn around" problems with housing in New Zealand.

"But in the nature of any crisis, there isn't any one single large level to pull to unwind it otherwise someone would have pulled it already. There's a lot of different things you have to do and we are intending to do them."