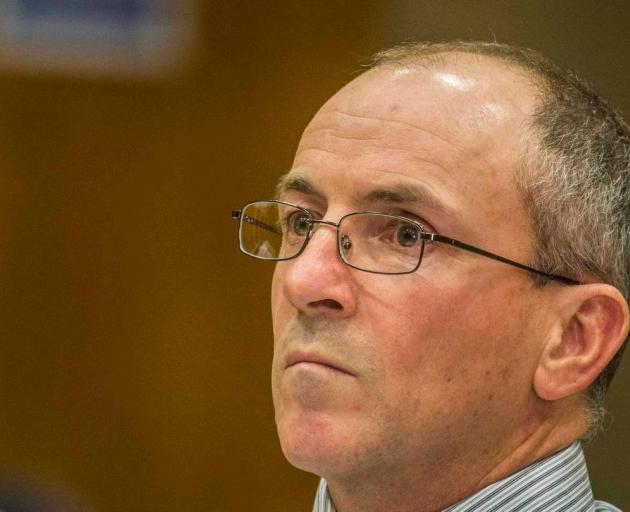 After 22 years behind bars, for a heinous crime he still says he didn't commit, he hoped today would be the day he could be released.

It was his fourth time before the Parole Board. He knew what they would ask.

But given how it's gone before, he was visibly worried. He placed his palms flat on his thighs and fiddled timidly with his mask.

"I'd just like to say that I think... that I, um, I'm not an undue risk anymore with the conditions that are imposed and are... I'm very nervous, can I read my notes to you?" the 50-year-old Watson stumbled, while two of his closest advocates sat nearby.

The former Picton boatbuilder is serving a life sentence, which came with a minimum non-parole period of 17 years, for the 1998 murders of Olivia Hope, 17, and Ben Smart, 21.

Watson has always denied killing, or even ever meeting, Hope and Smart after New Year's celebrations in a Marlborough Sounds holiday hideaway.

And that remains the major sticking point for the Parole Board who considered his bid for freedom again this morning. 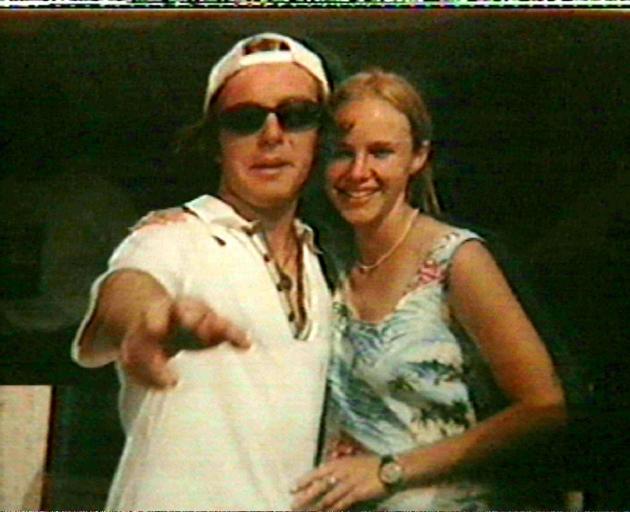 Missing couple Ben Smart and Olivia Hope. Photo: Supplied
The Herald dialled into proceedings and heard that the Parole Board could not release him just now, given that the "core risks" of his denials of extremely serious offending remain "unaddressed".

"Mr Watson, thank you for talking to us today. We're not going to grant parole today, really for the reasons that we've discussed with you," said Parole Board panel convenor Sir Ron Young, after just four minutes deliberating the decision with his two fellow board members.

Watson's continued denials mean he's been unable to do any of the rehabilitation programmes that might help with his release.

It means that the Parole Board still see him as being at "high risk" to the community if he was released.

His lawyer Kerry Cook accepted that the denials are a "stumbling block" towards Watson getting parole, but should not be insurmountable, highlighting the case of David Tamihere who was released in 2010 after spending 20 years in prison for the murders of Swedish tourists Sven Urban Hoglin, 23, and Heidi Paakkonen, 21.

"The Parole Board has released people who have maintained innocence on serious offences before," said Cook, who asked the board to take a "more nuanced approach" to Watson's case.

The lawyer argued that any risk could be managed through a structured release with appropriate conditions.

Cook pointed to Watson's "excellent behaviour" in prison over recent years, which he relied on heavily to show that he is not an undue risk.

He has a strong worth ethic, is polite and courteous, and flexible when required, Cook said.

His reports behind bars are positive, he said, and has shown an ability to "avoid conflict and achieve highly".

Watson himself highlighted how he's been completing reintegration for the past decade, getting many qualifications and trades along the way.

Since 2012, he's been employed driving heavy machinery all over Canterbury and been working alongside members of the public on a daily basis.

He's got all of his licences and qualifications in painting, gib fixing, gib stopping and carpentry.

Medical and compassionate releases from prison, including for a family member's funeral, have gone without a hitch.

If he was released, he would have several employment options, he said, along with strong support from family and a partner of 17 years.

Discussions with psychologists about "institutionalisation" have been beneficial, he said.

He believed he would adapt quickly and well to release.

"I will behave on the outside in the exact way I do in here - polite, respectful. I eat, sleep, work and repeat and I will do that on parole."

The Parole Board said while it was his right to deny his offending, they had to treat him as being properly convicted for "extremely serious offending".

Board panel member Alan Hackney asked Watson how he's coped being in prison for so long for something he says he didn't do.

Watson replied that communicating with friends and family has helped, along with a belief in himself "and in the justice system too".

Asked whether he had issues with the justice system, Watson said he has no choice but to rely on it.

"I've gone through a whole range of emotions because you wake up against a brick wall every day - that's a strange feeling."

After the 38-minute hearing, the Parole Board broke off to deliberate, but came back just five minutes later to reject his bid.

"We don't know what the way ahead for you is," Young said, "But at the moment, you remain an undue risk so we'll see you again in just under two years, October 2023."

Hope and Smart disappeared after boarding a stranger's yacht early on January 1, 1998, after marking the new year with friends at Furneaux Lodge, a century-old, boat access-only resort in Endeavour Inlet.

Their bodies have never been found.

A 2016 Parole Board decision identified the risk factors relating to Watson, including that on a psychopathy checklist, that he fell within a group of offenders "who show an elevated rate and speed of recidivism, particularly relative to violence".

After the 2016 decision, the board asked Corrections to consider what appropriate treatment might be provided to Watson.

Last year, the Parole Board felt that Watson's denials should not be seen as an insurmountable problem.

"Corrections believe that they have provided Mr Watson with reasonable opportunities to identify treatment needs and begin treatment," it said.

"Mr Watson feels that they have not been prepared to help him and have insisted that he confess to the crime or have placed other impediments in his way."

Last month, Watson was declined bail as he prepares his latest bid to overturn his convictions at a Court of Appeal hearing scheduled for next June.

That was assessed by Kristy McDonald QC and also ultimately declined by Governor-General Sir Jerry Mateparae in July 2013, on the advice of the then-Minister of Justice Judith Collins. Watson applied again in 2017.