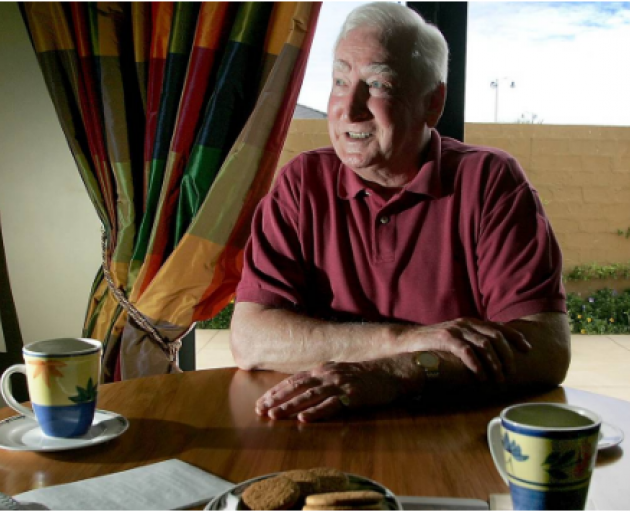 Philip Sherry, seen after moving to Papamoa and winning election to the Environment Bay of Plenty council in 2004. Photo: NZ Herald
Former TV presenter Philip Sherry has died after a lifetime of distinguished public service and newsreading. 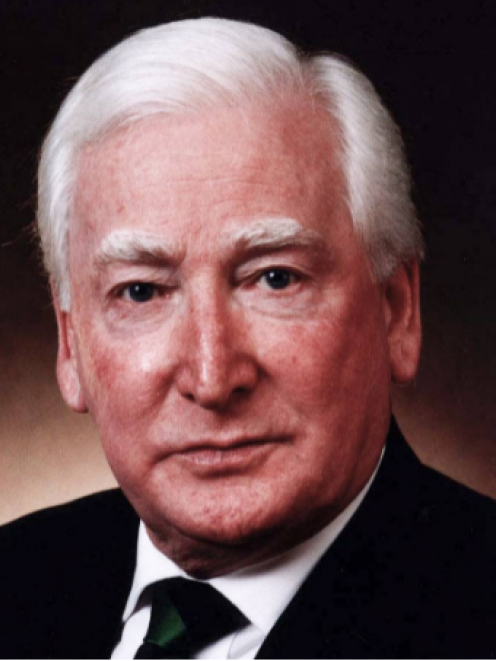 Philip Sherry was a distinctive and distinguished presence on New Zealand screens for decades. Photo: Supplied
"He was a thorough gentleman and exemplary broadcaster," former newsreader John Hawkesby said this evening.

Sherry was a constant face and voice on TV screens for decades, his career spanning broadcasters including NZBC, TV One, South Pacific Television, TV3 and Radio NZ.

Sherry has been credited for the quote: "Newsreading is like riding a bicycle. All you need is sobriety and good eyes."

Hawkesby believed Sherry might have originally said "sobriety and good eyebrows" were the only prerequisites for newsreading.

"He was classic," Hawkesby added.

Tom Bradley and Sherry were a familiar tandem team to a generation of TV news viewers at TV2 from the mid-1970s.

"Our paths crossed for a good number of years. Funnily enough, I used to watch Philip Sherry back when I was at school," Bradley said this evening.

Bradley said Sherry was a man of integrity, who read the news objectively.

"He was very conscientious. He made sure that he was the absolute professional."

But off-camera, Sherry had a wicked sense of humour, Bradley said.

Sherry was also a humanitarian who even during his newsreading years voluntarily drove retirement home residents around as an act of public service, Bradley said.

"He wanted to be a good citizen, always doing his bit for the community."

Sherry was in hot demand for decades, and Bradley said his decency and professionalism partly explained his endurance in the industry.

Sherry began reading television news in 1963, and after about 27 years moved on to other pursuits.

He also served as a local councillor after moving to Papamoa in the Bay of Plenty.