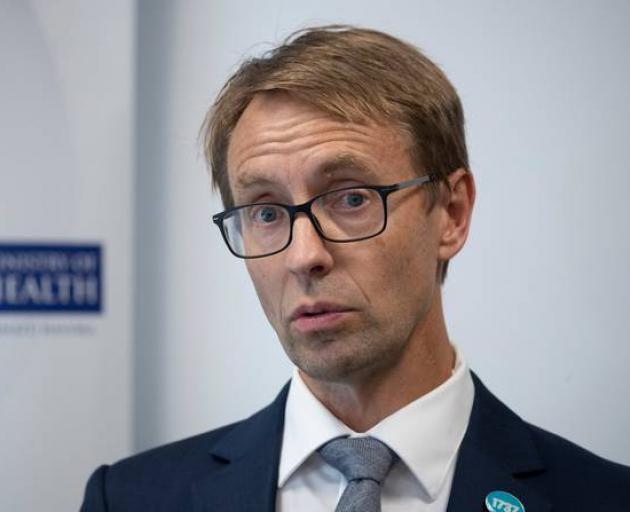 Director-General of Health Dr Ashley Bloomfield. Photo: NZ Herald
There have been no new cases of Covid-19 in New Zealand for 14 days in a row.

The Ministry of Health said in a release just after 1pm number of confirmed cases remains at 1154, which is the number reported to the World Health Organization.

Our combined total of confirmed and probable cases remains at 1504.

There was no one in New Zealand receiving hospital-level care for COVID-19.

Yesterday our laboratories completed 2813 tests, bringing the total number of tests completed to date to 288,987.

The Ministry also reported seven significant clusters were closed. The most recent cluster closed was the World Hereford Conference cluster - which was linked to 39 New Zealand Covid-19 cases - which was closed today.

A cluster is considered to be closed when there have been no new cases for two incubation periods (i.e. 28 days) from the date when all cases have completed isolation.

The NZ COVID Tracer app has now recorded 501,000 registrations – that’s an increase of 6,000 since this time yesterday.

The country's one active case would be declared recovered at least 10 days after the onset of symptoms and 48 hours after their symptoms ended, Director General of Health Dr Ashley Bloomfield said at yesterday's briefing.

Dr Bloomfield said there were another 8000 registrations on the NZ Covid Tracer app on Wednesday.

He said it would still be important and useful in level 1 and people were encouraged to keep using it.

Meanwhile, Kiwis will find out on Monday when the country will move to level 1, which could be just days later.

Moving to level 1 will continue the debate around reopening borders and operating a transtasman bubble with Australia.

But Bloomfield said borders needed to be reopened safely.

In New South Wales, Australia, rates of cases were very low, with no new cases Wednesday - but 13 confirmed cases in the week to May 30.