0 Comments
There are no new Covid-19 cases but that doesn't mean New Zealand isn't at risk, director general of health Ashley Bloomfield says.

There are 39 people isolating in the Jet Park quarantine facility from the community, which includes 18 people who have tested positive and their household contacts.

Three people are in hospital with Covid-19 – one each at Auckland City, Middlemore and North Shore hospitals. All three patients are in isolation on a general ward.

There are 4003 identified close contacts in the Auckland cluster, of which 3992 have been contacted.

The total number of active cases is 61 - of those, 29 are imported cases in MIQ facilities, and 32 are community cases.

There were 3278 tests conducted yesterday.

Bloomfield said there tended to be fewer tests at the weekend.

The risk of Covid-19, although small, does remain."

The man who left managed isolation after testing negative but who tested positive three weeks after arriving had 85 close contacts in the chartered flight from Christchurch to Auckland, 29 in the front nine rows have been tested and one tested positive, but then tested negative this morning.

Bloomfield said the person's case was still being investigated and it appeared to be a historical case.

The person's gathered RNA was being looked at to see if it matched any other genome sequencing, he said.

Testing would continue to focus on people with symptoms, but also those who come into contact with Aucklanders travelling around the country including tourism and hospitality workers.

That would include people who didn't have symptoms, he said.

The DHBs are making mobile testing sites available, and they could be set up at airports, he said.

He said the Health Ministry was looking at testing people after they've left managed isolation.

How to deal with positive tests for historical Covid infections

Bloomfield said test results came through from time to time that were historical cases of Covid-19.

These were weak positives and research showed they were not infectious.

Bloomfield said a panel was setting up a protocol to manage such cases. 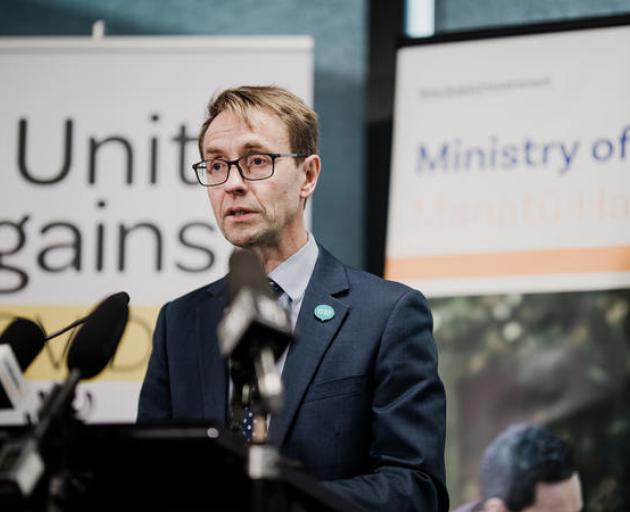 Should we keep wearing masks at alert level 1?

Bloomfield said wearing masks was of most value where there was community spread, and people at level 1 were still encouraged to use them on public transport, which he would continue to do.

He said it was "good" that people used them in those settings at level 1.

He said he advised Cabinet to consider a 500-person limit for indoor gatherings outside Auckland, and Cabinet had decided instead to look at identifying such gatherings and providing health advice.

He said he didn't recommend a 500-person limit to Cabinet.

He said there had been no political influence on his advice to the Government.

He said yachts off New Zealand could drop anchor here if they were in distress, which would be decided on a case by case basis. Many of them can sail on and avoid cyclone season, he added.

"There is nothing preventing them before cyclone season from sailing back to their home country."

The city will remain at level 2 for at least two weeks.

The rest of the country moved to level 1 this morning.

Aucklanders are being asked to take level 2 restrictions with them if they leave Auckland.

This morning, Prime Minister Jacinda Ardern said that Bloomfield had asked Cabinet to consider a 500-person limit on indoor gatherings for the rest of the country as an added precaution.

Cabinet ultimately decided to leave level 1 as it is, which is essentially life as normal but with border controls and for people to be vigilant about washing their hands, getting tested if sick, and keeping tabs on their movements and who they're with.

Otago University epidemiologist Professor Michael Baker said the Government has "missed an opportunity" to have ongoing mask use on "high-risk indoor activities" - like clubs, concerts and large gym classes - and on public transport and planes.

Baker said that should continue until there was total confidence the virus had again been eliminated - which is when there hasn't been community transmission for 28 days.

Instead, the Government decided to encourage ongoing mask use on planes and public transport.

Analysis from the Health Ministry says there's a 50 per cent chance the virus will be eliminated by the end of the month.

Baker said even though there haven't been unconnected cases outside of Auckland, there was still a risk people travelling from the Super City could have spread it.

And this could take weeks before becoming apparent, Baker said.